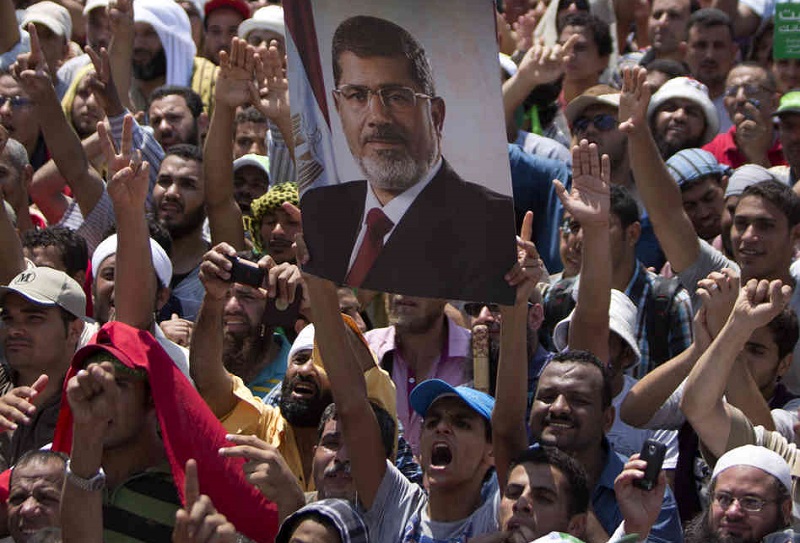 In these morbid days, there are some home truths that are worth reflecting upon. 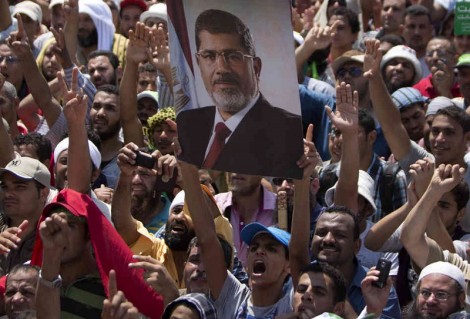 What Happened to Tahrir Square?

In retrospect, ‘the January 25th Revolution’ in Egypt is ‘a revolution’ that never was, which has now been superseded by ‘a counter-revolution’ that was never possible. Why? The dislodging of a Mubarak dynasty in 2011 did not even achieve ‘regime change’ much less initiate a transformative political process. There was no revolution to counter. Even more modest hopes for political reform and humane governance were doomed from the start, or at the latest, when Ahmet Shafik, the overtly fulool candidate of the discredited Mubarak regime polled almost 50% of the vote in the presidential election runoff against Mohamed Morsi in June 2012.

What then was Tahrir Square? Part project (getting rid of Mubarak and sons), part fantasy (hoping that the carnivalistic unity of the moment would evolve into a process of democratic state-building), part delusional experiment (believing that the established order of Mubarak elites and their secular opponents would be willing to rebuild a more legitimate political and economic order even if it meant that they would be transferring significant power and status to the Muslim Brotherhood). The 2011 turn to ‘democracy’ in Egypt always contained a partially hidden condition: the Muslim Brotherhood was welcome to participate in an electoral process so long as its support was not so great as to give it a majoritarian mandate.

The liberal secularists and left groups who were at the core of the anti-Mubarak uprising anticipated that MB would win support at the 25-30% level in the forthcoming Egyptian national elections for parliament and the presidency. It was assumed that this would confine the MB to a minority role, although possibly forming the strongest single legislative bloc. This was also understood to mean that the next president of Egypt would not be directly associated with the Brothers or be seen as a representative of political Islam, but would be drawn from the ranks of liberal seculars (that is, anti-Mubarak, but also opposed to Islamic influence in governing circles).

From this perspective, in the Spring of 2011 it was widely expected that Amr Moussa, former Foreign Minister in Mubarak’s government and later Secretary General of the Arab League, would be elected president by a strong majority, an anticipation supported by leading public opinion polls. Moussa was both part of the Egyptian establishment with national name recognition and yet had established his anti-Mubarak claims to legitimacy in the period of upheaval.

Essentially, the fly in this Egyptian democratic ointment was the unsuspected grassroots popularity and strength of Islam, and specifically, the Muslim Brotherhood, winning control in a sequence of five elections during 2011-12, three for the parliament, two for the presidency. Whether reasonably or not, this revelation of Islamic democratic strength was the death knell of democracy in Egypt. It frightened the anti-seculars into a de facto alliance with the fulool, sealing the fate of the Morsi government. And since the legitimating procedures of the elections had repudiated the old Murbarak order, even in its post-Mubarak liberal, reconstituted self, the anti-MB opposition had to find an alternative strategy. They did: generate crises of governability and legitimacy via a massive populist mobilization; that is, insist on the democracy of the street taking precedence over the democracy of the ballot box.

The armed forces were ‘the joker’ in this political deck. The military leadership seemed at first to go along with the Tahrir Square flow, but also to play its cards in a contradictory way as to have the flexibility to control the transition to whatever would come next in Egypt, always claiming the mantle of being the guarantor of order, and the indispensable alternative to chaos. Sometimes it was perceived as having made a backroom deal with the MB, and was viewed with suspicion by the anti-Morsi forces. It should be recalled that Maj. General Abdel-Fattah el-Sisi, besides being the head of the armed forces, served as the Minister of Defense in the Morsi cabinet up until the day of the coup.

As the anti-Morsi momentum gathered steam, the military took over the movement, either enacting its preferred scenario all along or changing horses in the middle of the race so as to be riding on the winner. In June 2012, the military could credibly claim a popular mandate to restore order and economic stability. The bloody destruction of the MB as a rival source of economic and political power implemented the mandate more harshly than anticipated.

Think of it: the group that had prevailed in a series of free elections throughout the nation in 2011-12 was scapegoated overnight into a band of ‘terrorists’ that must be crushed for the sake of Egyptian peace and security.

When the word ‘terrorist’ is deployed to designate the enemies of the state, it signals that the rule of the gun will replace the rule of law. It paves the way to the adoption of exterminist and genocidal tactics by the state, and what has followed should have not have occasioned surprise, however shocking. In General el-Ssi’s carefully chosen words: “citizens invited the armed forces to deal with terrorism, which was a message to the world and the foreign media, who denied millions of Egyptians their free will and their true desire to change”. Decoded, the general is saying the anti-Morsi ‘democratic’ masses called not only for a new leadership in Egypt but for the destruction of the MB, now recast as ‘terrorists.’

Obviously, there is no place for such terrorists in the new order of post-Morsi Egypt. In the period following the fall of Mubarak, it should be recalled that the MB was widely regarded as a moderate and nonviolent political movement with its overtly Islamic orientation respectful of political pluralism. In contrast, it is now portrayed by the coup makers and supporters as the embodiment of exclusivist and fundamentalist Islam led by bloodthirsty extremists, a makeover aided and abetted by a staunchly pro-secular and very influential mainstream media, as well as by the maneuvers of the Mubarak deep state that were never dislodged after the fall of the ruler.

ElBaradei’s disappointing participation in the coup and interim government, followed by his courageous resignation, reflects the ambivalence of true liberals, and their confusion: making nice with the military for the sake of regaining political control and economic privilege, yet not wanting too much innocent blood to be spilled in the process. Note that most of the anti-Mubarak ‘liberals’ are opportunistic at the core, and despite all that has happened, still refuse to break with the el-Sisi interim government. They have made their choice in a situation seemingly defined as either ‘us’ than ‘them,’ having learned their lesson that constitutional democracy does not work in their favor.

Given this intensification of polarization, there seems to be no space left for those few who retain liberal values and reject extremist political tactics even on their side of the divide. ElBaradei is apparently one of those rare principled liberal secularists who has refused to be complicit in crimes against humanity, and for this surge of conscience he has been savagely attacked as ‘a traitor’ for displaying such a change of heart in the public square, implicitly a moral challenge to those of his general background who continue to cling to el-Sisi’s fraying coattails.

Was the Muslim Brotherhood Responsible?

Could the MB have handled things differently, and avoided the July 3rd scenario? Yes, possibly, if they had kept their pledge to participate as a minority force in the new Egyptian political order, taking self-denying precautions not to dominate the parliament and not seek the presidency. In other words, it is likely that if the MB had bided its time, and allowed a liberal secular candidate to take initial control of the government, and in all probability fail, their overall position today might be quite strong.

This assessment presupposes that whoever was chosen to be the first post-Mubarak leader would not be able to satisfy the expectations of the Egyptian public with respect to economic recovery and social justice, and would be rejected ‘democratically,’ in all probability by an electoral process.

It is doubtful that the severe social justice problems could be addressed without a break with the neoliberal world economic system, and no secularist on the Egyptian horizon was prepared to mount such a challenge. It is quite probable that if such a challenge had been mounted, the army and the MB would have stepped in to abort such moves. It should be remembered that a left criticism of the MB from the outset were its acceptance of the neoliberal consensus.

It was reported (how reliably is unknown) that in February of 2012—that is, prior to initial presidential election in May 2012 fielding 13 candidates—Nabil ElAraby, a globally known and respected liberal secularist and at the time Secretary General of the Arab League, had been told that he would have the backing for the presidency of both the Supreme Council of the Armed Forces (SCAP) and the MB, if he had agreed to run for the Egyptian presidency. This support would have assured an electoral victory, but ElAraby prudently declined the offer, if indeed this story was accurate.

The gross imprudence of the MB failure to keep its pledge of non-competition for the presidency is only now becoming fully apparent. Having waited more than 80 years for a chance to control the destiny of the country, the MB would have been wise to wait a few more to see how things were developing in the country, especially given the societal and bureaucratic forces likely arrayed against them if they took center stage. Of course, such a retrospective appraisal always can be made to sound prescient, and is unlikely to be instructive.

Some have argued that it was the multiple failures of the Morsi leadership that were the proximate cause of the el-Sisi coup. In other words, the fatal mistake of the MB was not their unwillingness to stay in the political background and bide their time, but their inability to follow up on their electoral success when occupying the governmental foreground. This argument reasons, had Morsi been more inclusive, more capable in negotiating international loans and attracting foreign investment, more inspirational in promoting a vision of Egypt’s future, less heavy-handed in dealing with oppositional activists and secularists, more competent in stimulating an economic recovery, more reassuring to the Gulf monarchies, and more patient about promoting an Islamic agenda, things might have turned out differently.