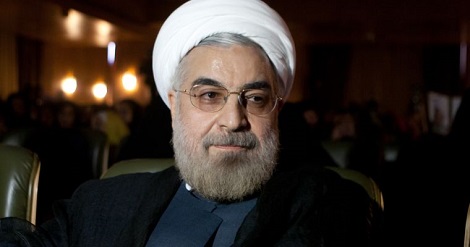 Hassan Rohani, a veteran Iranian politician, has been elected as the seventh president of the Islamic Republic of Iran after winning an absolute majority of the votes cast by the Iranian nation. In his first press conference after being elected president, Hassan Rohani put high emphasis on following up on the foreign policy discourse of the previous reformist President Mohammad Khatami. Khatami’s foreign policy discourse was actually based on reducing tension and promoting constructive interaction with the world. Rohani is now hoping that revival of that policy will open a new window of opportunity for the resolution of Iran’s nuclear standoff with the West. It can be concluded from what Rohani said that during his term in office as the president of Iran, the country will seek to take its nuclear dossier out of the United Nations Security Council, while pursuing gradual reduction of international sanctions against Iran, and having its right to peaceful use of nuclear technology recognized within framework of international regulations. Since the track records of Rohani prove that his approach is based on interaction with the world, his election has provided both the West and Iran with a good opportunity to achieve a final agreement on the nuclear issue. Reaching an agreement with Iran will lead to a domino effect which will result in further expansion of bilateral relations between Iran and the West as well as the promotion of peace and security in the Middle East and the world.

It should be noted that the West should have no illogical expectation from Iran following election of Hassan Rohani as president. The power structure in Iran is such that Rohani is only one of the main players in designing the country’s foreign policy approaches, not the sole player. Of course, due to the powerful social waves which emerged in favor of Rohani both before and during the presidential race, he will be certainly able to forge a consensus in the Iranian power structure for the promotion of the foreign policy discourse which he deems most fit. However, to achieve a constructive agreement with Iran, the West should come up with a well-defined modality to increase transparency of Iran’s nuclear energy program and prevent its possible diversion toward military purposes, rather than making efforts to deprive Iran from its inalienable right. Like a successful trade, a successful diplomacy should be based on dealing in commodities which are of equal value. Therefore, any kind of agreement and reconciliation between Iran and the West should be based on this form of trade. Seyed Salman Safavi, a professor of political science at the University of Tehran, has expressed this notion in a reasonable way by saying, “It is natural for bilateral trade to be carried out in steps, but it should involve ‘cash for cash’.” This means that any action that Iran takes should be in response to a mutual and simultaneous action by the West. As a result, the policy of demanding ‘cash’ from Iran in return for the ‘credit’ of the West would be no longer acceptable and constructive. Therefore, the West cannot ask Iran for changing the existing reality with regard to its nuclear achievements (cash) in return for the West’s pledge that no more sanctions will be imposed against Tehran (credit).

The main goal that Iran seeks to achieve is to make peaceful use of the nuclear energy. The country is also following up on its nuclear rights in accordance with the stipulations and provisions of the Non-Proliferation Treaty (NPT). Therefore, the West should know the value of Rohani’s term in office as the president of the Islamic Republic and make the most of the existing conditions in order to be able to find a realistic way out of the ongoing nuclear tension with Iran. The West, especially the United States, is no more in a position to wield the threat of a military strike against Iran as a stick because posing military threat against a country which has had massive support of its people through a healthy election would be considered by international community as totally irrational. On the other hand, the recent election will provide an immense source of soft power to support Iran’s foreign policy. Let’s not forget that a foreign military threat would be only effective against those governments that suffer from lack of legitimacy among their people.

Iran under its new President Rohani will be certainly nothing similar to Iraq under the country’s former dictator Saddam Hussein. It will not be even similar to what Afghanistan was under the rule of Taliban or the situation in Libya under the rule of the North African country’s deposed despot, Muammar Gaddafi. As a result, no threat of military action can have great effect on it.  Of course, this was true about Iran before Rohani as well. It is noteworthy that imposition of economic sanctions by the West against Iran has been perhaps a reason why people voted for Rohani. However, it would be catastrophic for the West to assume that by escalation and continuation of sanctions against Iran it would be able to bring Iran to its knees. The point that the West should bear in mind is that only about 50 percent of the Iranian people have voted for Rohani’s discourse and other rival discourses still continue to play their role in Iran’s political environment.

This article was originally published at IranReview.org and has been used here with permission.