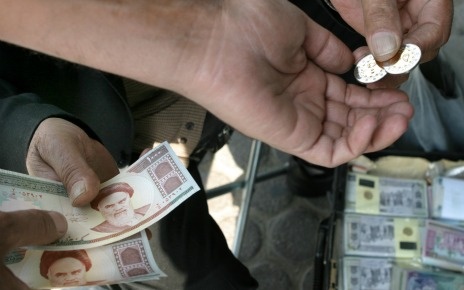 Washington’s sanctions against Iran are a wonder to behold, seriously hampering Tehran’s ability to conduct international commerce, make payments, receive money, import, export, invest, travel…. You name the hardship, and the United States is trying to impose it on the government and the people of Iran. In early May, a bipartisan bill was introduced in Congress aimed at stopping Iran from gaining access to its billions of dollars in euros kept in overseas banks – money that represents up to a third of Tehran’s total hard-currency holdings. In addition, Congress is looking to crack down on a weakness in current sanctions law that allows Iran to replenish its hard-currency accounts by acquiring gold through overseas markets.

Washington has as well closed down Iran’s media operations in the United States, is putting great pressure on Pakistan to cancel their project to build a pipeline to import natural gas from Iran, and punished countless international companies for doing business with Iran.

After a plane crash in Iran in 2011, the Washington Post reported: “Plane crashes are common in Iran, which for decades has been prevented from buying spare parts for its aging fleet by sanctions imposed by the United States.”[1]

There are many more examples of the sanctions of mass destruction.

All this to force Iran to abandon any program that might conceivably lead someday to a nuclear weapon, thus depriving Israel of being the only nuclear power in the Middle East. The United States doesn’t actually say this. It instead says, explicitly or implicitly, that a nuclear Iran would be a danger to attack the US or Israel, without giving any reason why Iran would act so suicidal; at the same time Washington ignores repeated statements from various Israeli and American officials that they have no such fear.

Now, a group of US lawmakers is proposing a more drastic remedy: cutting off Iran entirely from world oil markets. Oil sales provide Iran with the bulk of its foreign-currency earnings. The plan would require all countries to stop buying oil from Iran or risk losing access to the US banking system.[2]

And Iran ignores it all, refusing to bend. Islamic fanatics they are.

I have a much simpler solution. Why not cut off all exports of food to Iran? Worldwide. And anything that goes into producing food – seed, fertilizer, farm equipment, etc. Let’s see how good they are at ignoring it when their children’s bellies start to balloon. And medicines and medical equipment as well! Let’s see how good they are at producing whatever they need themselves.

Officials at The United Nations Children’s Fund (UNICEF) estimated that as many as 6,000 Iraqi children died each month in the early 1990s primarily due to the sanctions imposed by the US, the UK and others. As proof of the lasting effectiveness and goodness of that policy, today blessed peace reigns in Iraq among its citizens.

And if all else fails with Iran … Nuke the bastards! That may be the only way they’ll learn what a horrible weapon a nuclear bomb is, a weapon they shouldn’t be playing around with.

In recent times Iraq, Libya, Syria, and Iran have been the prime forces standing in the way of USraeli Middle East domination. Thus it was that Iraq was made into a psychotic basket case. Libya’s welfare state was wiped out and fundamentalists have imposed Islamic law on much of the country. The basketizing of Syria is currently in process. Iran’s basketizing has begun with draconian sanctions, the way the basketizing of Iraq began.

It’s worth noting that Iraq, Syria, and Libya were the leading secular states of the Middle East. History may not treat kindly the impoverishment and loss of freedoms that the US-NATO-European Union Triumvirate has brought down upon the heads of the people of these lands.