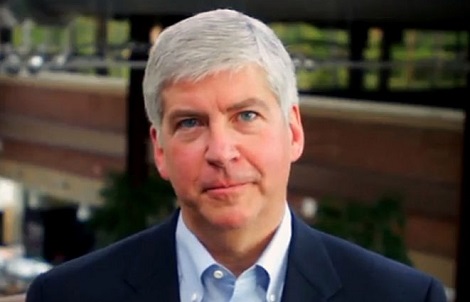 It has been known for quite some time that technocratic governments had taken hold in Europe, with the most prominent examples being in Greece, where “Lucas Papademos, a former vice president of the European Central Bank, interim prime minister of a unity government charged with preventing the country from default”[1] and Italy, which had Mario Monti take over, with the argument for imposing an undemocratic government being the economic problems of both countries, respectively. It seemed that the technocracy was going to be contained within the realm of Europe, yet it has come to America.

Currently, in Detroit, there is a battle between Michigan residents and Governor Rick Snyder over sending an emergency manager (EM) to Detroit whose goal it would be to “repair the deeply troubled finances of Detroit.”[2] Specifically, the financial problems in Detroit are that the city has “more than $14 billion in long-term liabilities, including underfunded pensions. The city is also poised to end the fiscal year more than $100 million in the red without an infusion of cash.”[3] Currently, residents of Detroit are actively resisting the appointment of an EM via protests.[4]

The people of Detroit are understandably worried as emergency managers “have sweeping powers to overrule the mayor and city council, as well as unilaterally amend or cancel public sector collective bargaining agreements” and “EMs across Michigan have used their authority to privatize public services and eliminate public sector jobs”[5] More specifically, the powers that an EM has is that they can

Thus, what essentially occurs is austerity and a war against the public sector to the detriment of the people.

Yet, this is not the first time EMs have been used. In January 2012, it was reported the Flint, Michigan was put under the direction of an emergency manager to deal with Flint’s deficit, however, it was pointed out that “the pay of Michigan’s five emergency managers — ranging from $132,000 to $250,000 — is set by the state, but the money actually is paid by the local communities they’re in charge of.”[7] (emphasis added) Thus, this brings up the question: How can the deficit of a town be lowered when the people overseeing that operation are getting six-figure salaries?

In addition to being undemocratic, the question of whether or not the strategy of using emergency managers work remains. In 2002, Flint was put under EM Ed Kurtz from 2002-2004. Upon his leaving, Kurtz claimed to have left Flint “$6.1 million budget surplus in 2005. However, the prosperity didn’t last and the city struggled with a deficit of $6.8 million by 2008.”[11] This resulted in Kurtz being put back as Flint’s EM in 2012. So, EMs may not even work.

What has essentially occurred is that technocracy has come to America on the state level. The state government declares a location to have financial problems and appoints someone to enact austerity, ignoring whether or not the deficit is actually caused by runaway public spending or not. The emergency manger is for Detroit is rumored to Kevyn Orr, “a bankruptcy expert who collected more than $1 million in fees helping to manage Chrysler’s restructuring”[12] and he could potentially have the city file for bankruptcy.

When a town goes bankrupt, “in one sense, life goes on as usual. Police and fire departments still respond to 911 calls; the garbage is still collected. But don’t expect that new bridge or school to be built.”[13] However, the problem in this situation is that the police and fire departments may not respond to 911 calls as they have been cut both departments down to a skeleton crew that will only answer the most urgent of calls. This, coupled with privatization and certain powers emergency managers have such as being able to fire government employees, will allow for creditors, which are in many cases corporations, to come in and buy the towns up for cheap.

Technocracy has come to America. Let us hope it doesn’t spread.