The pervasive news surrounding the confirmation hearing of John Brennan, Obama’s nominee for CIA director, is paralleled by another related story that has been largely ignored by the U.S. media.  That is the story of the man called Abu Zubaydah, whose alleged torture testimony, obtained by the CIA while Brennan was the head of the agency’s Terrorist Threat Center, built the foundation for the official account of 9/11.  This week I spoke to Lee Hamilton, former vice-chairman of the 9/11 Commission, about the serious problems that the government’s new stance on Zubaydah creates for the 9/11 Commission Report. 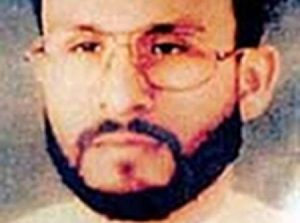 As stated in my last article on the subject, Zubaydah is at the center of an unraveling of the official account of the 9/11 attacks.[1]  His extensive torture at the hands of the CIA during Brennan’s tenure, which included at least 83 water-boarding sessions, hanging the man naked from the ceiling, slamming him against a concrete wall, and other atrocious experimental techniques, was said to produce valuable evidence about al Qaeda.  However, the government now claims that Zubaydah was never a member or associate of al Qaeda and therefore he could not have known any of the information that the 9/11 Commission attributed to him.

From the start of our conversation, Hamilton told me that he was having trouble remembering Zubaydah.  That was odd considering that an article he and Thomas Kean wrote for the New York Times in 2008, describing how the CIA obstructed the 9/11 investigation, referred several times to Zubaydah specifically.[2]  The article claimed that “Beginning in June 2003, we requested all reports of intelligence information on these broad topics that had been gleaned from the interrogations of 118 named individuals, including both Abu Zubaydah and Abd al Rahim al-Nashiri, two senior Qaeda operatives.”  Kean and Hamilton further wrote that, “in October 2003, we sent another wave of questions to the C.I.A.’s general counsel. One set posed dozens of specific questions about the reports, including those about Abu Zubaydah.”

These requests from the 9/11 Commission should have resulted in the release of some revealing records.  That is, while John Brennan was leading the CIA’s Terrorist Threat Center, the agency videotaped the torture of Zubaydah and others, and proceeded to intentionally withhold that information from the 9/11 Commission.  Brennan and CIA director George Tenet were almost certainly involved in the decisions regarding that obstruction.  The two men had worked closely together for years.  As CIA station chief in Saudi Arabia, Brennan often communicated directly with Tenet, avoiding the usual chain of command.  At the time, as an apparent favor to the Saudis, CIA analysts were discouraged from questioning Saudi relationship to Arab extremists.[3]  It seems that Brennan and Tenet had a tendency to protect some terrorist suspects and cover-up the agency’s treatment of others.

It was revealed that when Brennan was the director of the National Counterterrorism Center, in 2005, the CIA had destroyed the torture tapes, most of which featured Zubaydah.[4]  Describing the CIA’s obstruction, Hamilton wrote — “The agency did not disclose that any interrogations had ever been recorded or that it had held any further relevant information, in any form. Not satisfied with this response, we decided that we needed to question the detainees directly, including Abu Zubaydah and a few other key captives.”[5]

Therefore Hamilton remembered very clearly, in 2008, that he had asked the CIA at least twice, in a potentially contentious manner, for information specifically about Zubaydah.  Having not received that information, Hamilton asked the CIA for the opportunity to question Zubaydah directly.  The CIA not only denied these requests, it denied the Commission access to the interrogators who compelled the alleged testimony.  Despite such memorable denials, however, Hamilton cannot seem to recall anything about Zubaydah at all other than his feeling that Zubaydah did not play a significant part in the 9/11 Commission Report.  He told me “I’m a little fuzzy on this but the information that we had from him was not critical to our report.”[6]

Reasons for Hamilton’s new, unconvincing amnesia on the subject might include that the U.S. government recently backed off its claims about this “detainee,” who has been imprisoned by the U.S. for eleven years without charges.  The retractions about Zubaydah create a tension with the 9/11 Commission Report that reveals an obvious need to revise the report.

For example, in response to the habeas corpus petition filed by Zubaydah’s defense team, the government stated that it does not contend that Zubaydah had “any direct role in or advance knowledge of the terrorist attacks of September 11, 2001.”[7] The same response states that the government no longer claims that Zubaydah was ever “a member of al-Qaida or otherwise formally identified with al-Qaida.”  But footnote 35 to Chapter 5 of the 9/11 Commission Report states the exact opposite.  According to this footnote, “Abu Zubaydah, who worked closely with the al Qaeda leadership, has stated that KSM originally presented Bin Ladin with a scaled-down version of the 9/11 plan, and that Bin Ladin urged KSM to expand the operation with the comment, ‘Why do you use an axe when you can use a bulldozer?’”[8] That’s pretty extensive and intimate knowledge for someone who was never associated with al Qaeda.

In our talk, I reminded Hamilton that Zubaydah was mentioned over 50 times in the 9/11 Commission Report, and that his alleged torture testimony, along with that of KSM and Ramsi bin Alshibh (both of whom Zubaydah identified as being involved in the attacks), produced the foundation of the official account of 9/11.  Creating the background for the official myth about al Qaeda, Hamilton’s report called Zubaydah an “Al Qaeda associate,” a “long-time ally of Bin Ladin,” a “Bin Ladin lieutenant,” and an “al Qaeda lieutenant.”[9] Despite these important references, Hamilton told me that he just couldn’t remember Zubaydah, saying “my recollection is really quite vague with regard to him.”

To refresh his memory further, I reminded Hamilton that nine separate dates of Zubaydah’s interrogation were referenced in his report.  After these reminders, Hamilton said that he still had to “stretch his imagination to remember” him.  It seems that if Hamilton had read my article on Zubaydah, which I had sent to him over a week before he agreed to meet and eleven days before we talked, his memory would have returned easily.  Instead, Hamilton’s inability to stretch his imagination on the subject was reminiscent of the “failure of imagination” excuse used by the 9/11 Commission when it proposed an overall explanation for the events of 9/11.

Because the government no longer contends that Zubaydah was in any way associated with al Qaeda and now says that he had no knowledge of the 9/11 attacks, I asked Hamilton if he had an opinion on how Zubaydah could have known so much about al Qaeda as stated in his report.  Bluntly stating “No,” Hamilton suggested that he was not concerned with these contradictions.

Our discussion went into the recent conviction of John Kiriakou, the CIA’s Chief of Counterterrorist Operations in Pakistan after 9/11, who was originally said to be responsible for the capture and initial interrogations of Zubaydah.  Interestingly, Kiriakou’s story has evolved much like that of the official account concerning Zubaydah.  According to people who would know, with regard to Zubaydah “Kiriakou now rather off handedly admits that he basically made it all up.”[10]

Kiriakou has since been heralded as a whistleblower.  And he recently said that, for embracing torture, John Brennan is a terrible choice to lead the CIA.  Kiriakou claimed that he has known Brennan since 1990 and has worked for him twice.  While in the CIA, Kiriakou noted, Brennan “would have had to have been intimately involved in—not necessarily in carrying out the torture techniques, but in the policy, the torture policy.”[11] It is true that this would seem to make Brennan an especially poor choice, but today it is clear that those who engaged in torture, and those who used alleged torture testimony to create false reports, will not be held accountable.

This week I also spoke to Brent Mickum, Zubaydah’s attorney.  Unlike Hamilton, Mickum was very straightforward and convincing.  The information he possesses suggests that Zubaydah was a victim of false claims from the beginning.  Mickum believes there may be alternative reasons why his client, who does not support the murder of innocents or suicide attacks and who repeatedly refused to join al Qaeda, was chosen to become the first, experimental, torture victim.  Mickum expects Zubaydah to be charged sometime this year but cannot say what the charges will be.  The evidence no longer supports claims that Zubaydah conspired with al Qaeda in any way.  Additionally, he cannot be charged as an enemy combatant through the 2006 Military Commissions Act considering that he was captured and tortured years before that law was enacted.

With this in mind, I asked Lee Hamilton if Abu Zubaydah should be allowed to tell his own story now that his illegal detention and torture have proven to be based on falsehoods.  Hamilton said that he would not take a stand on the subject one way or another.  This refusal is yet another reason to suspect that Lee Hamilton will never come clean on the 9/11 Commission’s use of unreliable torture testimony.

Although Hamilton has repeatedly stated publicly that he believes torture is immoral and that the U.S. must take a strong stance against it, his actions and his work speak otherwise.  The glaring problem he faces now is that it is the 9/11 Commission Report that stands as the definitive argument supporting the use of torture.  After all, if not for the alleged torture testimony of Abu Zubaydah and the people he reportedly identified (KSM and Ramsi bin Alshibh in particular) Hamilton’s report would have little evidentiary basis.  Consequently, as the U.S. government strains to come up with charges to apply to Zubaydah after disclaiming his connections to al Qaeda, the Commission’s report remains at risk of being further challenged by whatever charges are ultimately filed.

This article was originally published at DigWithin.net and has been used here with permission.

[3] James Risen, State of War: The Secret History of the CIA and the Bush Administration, Free Press, 2006

[8] See the footnote 35 to Chapter 5 of the 9/11 Commission Report, which sources the information from “Intelligence report, interrogation of Abu Zubaydah, May 16, 2003,” http://govinfo.library.unt.edu/911/report/911Report_Notes.htm

[9] National Commission on Terrorist  Attacks Upon the United States, The 9/11 Commission Report, www.9-11commission.gov/report/911Report.pdf