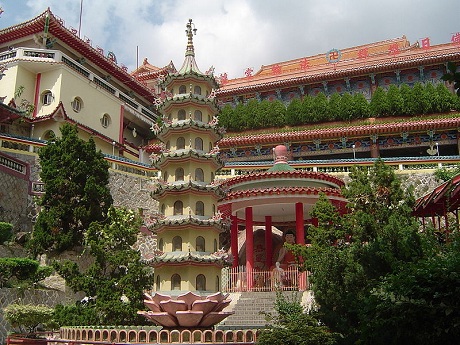 I was captivated while praying for the wellbeing of an eight-year-old boy with the rest of Malaysia. William wandered away from his mother in Kuala Lumpur the week I was visiting in January 2013. Police officers, neighbors, politicians, and radio jockeys all searched for him. I, too, kept praying that he would be found alive somehow before I left the country. But alas, the day of my departure, the newspapers carried the story of his body being found.

Only a mother can truly feel what it is like to lose a child.

What touched my heart so much, however, was not just William and his grieving parents, but also the reaction of Malaysians themselves.

Malaysia is a multi-racial, multi-faith country. Its culture is defined by their unique successful model of co-existence and respect for each other individually, as well as communally.

Neighbors – Muslims, Christians, Malays, Chinese, and Indians – distributed fliers of the missing child as they searched for him. I noticed the women police officers dressed in Hijab, along with non-Hijabis, looking for William. All newspapers, Malay, Chinese, and English, were busy searching and reporting.

It was, however, not an occasion where an interfaith coalition would deliberately rally in a planned exercise in solidarity, as happens in the United States after each attack on a mosque. Coming together regardless of faith, language, or culture is just business as usual in Malaysia. It is not something Malaysians do deliberately. It is simply part of the national ethos.

And it was William who brought my attention to this aspect of Malaysian society.

William’s parents are Chinese Christians in a predominantly Muslim Malay country which considers Islam its state religion, organizes Hajj and Zakat officially, and engages in Islamic banking at the highest level among all Muslim countries.

Chinese and Indian laborers were mostly brought here by the British when they occupied Malaysia. They were poor workers, struggling at mines and plantations. Today, they are thriving communities. According to Forbes Magazine’s list of the 40 Richest Malaysians, at the top is a Chinese Malaysian, next an Indian Malaysian. The next eight are all Chinese, with only one Malay Muslim making the list. Today, the Chinese account for 70 percent of the country’s market capitalization, according to one report.

There is certainly some resentment about this. However, unlike Indonesia, which has gone through more than one violent campaign against Chinese control of the economy, Malaysia has been able to build socio-economical and political acceptance for this success story by channeling potential Malay resentments through ethnic quotas. Amy Chua actually thinks that this model is worth learning from for other countries where majorities resent minorities’ success.

However, this is not just about ethnic quotas.

The Malaysians’ social contract was born during their freedom struggle against the British, in which the Chinese agreed to special rights for the Malay majority and Malays agreed to grant citizenship to a million-plus Chinese in the 1950s. That communal understanding provided a framework for harmony and growth which has benefited all communities.

Malaysia, as a result, has achieved better minority-majority harmony and peace as compared to neighboring countries, where economically stronger minorities have been persecuted as in Indonesia, suffering several violent attacks or against the poorer ethnic minorities as in Thailand, Myanmar and Philippines.

It was an elderly Chinese cab driver who first alerted me to this historic understanding, saying that it has worked for all communities in Malaysia. However, he warned me that young people sometimes don’t understand the wisdom of this arrangement.

This understanding has translated into Malaysian culture of communal co-existence.

A common street scene in Malaysia is a working woman dressed in Hijab walking side by side on the street, chatting and laughing together, with a less-covered Chinese or Indian woman in a miniskirt. Visible Islam and visible non-Islam exist right next to each other in Malaysia.

It contrasts strongly with the neighboring Chinese-controlled Singapore, where Malay Muslim girls are not allowed to wear a headscarf in school because of a government ban.

During my stay, the newspapers also featured stories about the Prophet Muhammad’s birthday celebrations. The birthday of the Prophet is a big deal in Malaysia. Their king, a constitutionally elected leader, was present at the major mosque of the capital during ceremonies whose theme was “Moderate Islam is the way.”

But it is not just the Muslim holiday which was visible that week. Chinese New Year preparations were reported upon on the daily basis. The lobbies of the Petronas towers, which not long ago displaced Chicago’s Sears Tower as the tallest building in the world, were festooned with red Chinese New Year decorations.

Then there was a whole special section in Malaysian newspapers about a Hindu religious holiday. It was a Southern Indian festival where most of Malaysia’s Tamil Hindus come from.

This accommodation of religious diversity contrasts strongly with India, where newspapers hardly ever mention the Muslim Eid celebration. This is in a country where 150 million Muslims reside.  India political culture suppresses community identity by using the word “communal” as a pejorative term.

The Malaysian model of successful pluralism is unique. I don’t know any other place in the world where the government pays for minorities to run their schools in their own languages. Malaysia has government-financed primary schools in Chinese and Tamil (Indian) languages, along with public schools. During my visit, I watched television programs in three languages: Chinese, Tamil, and Malay.

While nation-states around the world were busy over-emphasizing the individualism of citizens and their rights at the expense of allegiance to ethnic identity in the last half century, Malaysia was engaging the ethnic Chinese and Indian minorities in its society and politics as a group. This was done far before India and China became synonymous with the term “rising superpower”.

Now that nation-states around the world are weakening, and ethnic demands and solidarities are rising from Kurdistan to Catalonia as Al Gore puts it in his latest book, The Future, it is important for the world to look into Malaysia’s model of ethnic recognition and co-existence instead of investing all resources in a militarized suppression of these demands. In many countries, minorities control the economy, which the majority population resents. And electoral politics is likely to make things difficult for those minorities as a result.

The Malaysian model is not new. For Muslims, it has roots in the Prophet’s Charter of Madinah which recognized pagan and Jewish tribes by name, gave full freedom of religion, life, security, and autonomy in their own laws, all while calling them and the Muslim community together “one Ummah”. This is probably the source of Malaysia’s multi-cultural, multi-ethnic ideology which Wan Mohd Nor Wan Daud, an eminent Malay professor, has written about. 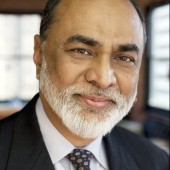 Abdul Malik Mujahid is an award-winning author, producer and an imam. He is president of Sound Vision. Imam Mujahid also serves as Board Chair of the Parliament of the World's Religions. He is founder of Muslim Democrats and served as an elected member of the Credentials Committee for the Democratic National Convention 2008. He has served on the Independent Task Force on Civil Liberties and National Security by the Council on Foreign Relations in New York from 2006-2009. As a leader of United Power for Action and Justice, a coalition of 60 organizations in Chicago, he has lead efforts for the Universal health coverage in the state of Illinois. He has served at the steering committee of the Midwest Coalition for Human Rights. As the national coordinator of the Bosnia Task Force, USA, in the ’90s, he successfully led efforts in collaboration with the National Organization of Women (NOW) to declare rape as a war crime. Imam Mujahid has authored more than 400 articles on Islamic living and public policy. His book on political sociology was the winner of an Outstanding Academic Book of the Year Award by American Library Association in 1990. Imam Mujahid was selected as one the 500 most influential Muslims in the world in 2011 & 2012. Facebook/MalikMujahid Twitter @MalikMujahid