Money, Politics and the Science of Global Warming 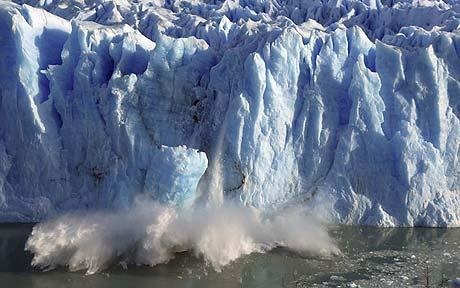 If there is an issue that should not be a function of one’s political opinion, human-induced climate change is it. Tthis is a scientific issue; its veracity should be based on the data underpinning it. The rise in temperature predicted by researchers will have a devastating impact on humanity, and the diverse life, animal and plant, of our wonderful planet, well into the future.  It should be of concern to us all, rich and poor.

However, it seems that some ultra-rich powerful people are determined to use their wealth to distort and vilify the work of reputable scientists and researchers, who conclude that global warming is real.  Their research shows that it is human-induced, resulting primarily from greenhouse gas emissions, with CO2 being the most prominent from our dependence on fossil fuels for our energy needs.  The Independent, under the title “Top Climate Scientist Denounces Billionaires over Funding for Climate-sceptic Organizations” reports:

Professor Michael Mann of Pennsylvania University, who has been targeted by climate-change sceptics for his work on global temperature records, said it was wrong for wealthy individuals such as the oil billionaire Charles Koch to surreptitiously finance the “counter-movement” that denounces the science of global warming.

It is all very well for scientists, a small minority of whom are genuinely skeptical about human-induced climate change, to argue honestly on the basis of scientific knowledge and predictions; it is quite another to use money in this way to twist the facts. The use of money and political clout by those who directly benefit from the use of fossil fuel and its attendant greenhouse emissions should be condemned by all of us who value honesty and facts.

Clive Hamilton, Professor of Public Ethics, Australian National University, in his book “Requiem for a Species” cites studies in the US that document the relationship between the political beliefs of the individual and his/her attitude to human-induced climate change.  Whereas in 1997 there was little difference between Republican and Democrat voters in their views on global warming, by 2008 a strong correlation developed, with 59%  of Republican believing that the seriousness of global warming is exaggerated compared with 17% of Democrats; a recent study by Edward Maibach et al concludes:

This political bias seems to have developed in spite of the US Global Change Research Program (USGCRP) that has concluded that “Global warming is unequivocal and primarily human-induced” and adding:

Impacts are expected to become increasingly severe for more people and places as the amount of warming increases. Rapid rates of warming would lead to particularly large impacts on natural ecosystems and the benefits they provide to humanity. Some of the impacts of climate change will be irreversible, such as species extinctions and coastal land lost to rising seas.

It is profoundly disturbing that in the case of global warming, its existence, severity and its impact should be part of an individual’s ideology instead of scientific evidence. The US matters, and such a distortion of science could have consequences that will affect all of life on earth.

The importance of the US engaging honestly in the most important problem facing humanity in the very near future could be appreciated by comparing the per capita emissions of the US to that of developing countries.  Research by Paul Murtaugh and Michael Schlax, cited in the book (Requiem for a Species), is presented thus:

Making a number of reasonable assumptions for various countries about fertility rates and future per capita carbon emissions, the researchers estimate that the carbon legacy of the average female [through the generations] in the US is 18500 tonnes of CO2, while that of a Bangladeshi woman is only 136 tonnes.  In other words, the future stream of carbon emissions following a decision by an American couple to have an extra child is 130 times greater than that of a decision by a Bangladeshi couple… this is of course the most extreme case, but even comparing the carbon legacies of parents in the US and China gives a factor of nearly five.

Would the ultra-rich globally be as affected by climate change as the rest of humanity? In the short term they could use their wealth to mitigate many of its detrimental effects; they could move to other countries if they had to.  But a rise in temperature above 3 or 4 degrees Celsius is likely to produce abrupt irreversible changes that will eventually overwhelm our technological wizardry.

Politicizing (in the US) the greatest threat to life on our planet in this way is a tragedy for humanity that could have devastating consequences for billions of lives.