In Amerika, Law No Longer Exists 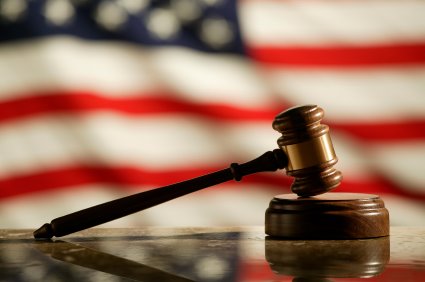 The Extermination of Truth

In the 21st century, Americans have experienced an extraordinary collapse in the rule of law and in their constitutional protections. Today, American citizens, once a free people protected by law, can be assassinated and detained in prison indefinitely without any evidence being presented to a court of their guilt, and they can be sentenced to prison on the basis of secret testimony by anonymous witnesses not subject to cross examination.  The US “justice system” has been transformed by the Bush/Obama regime into the “justice system” of Gestapo Germany and Stalinist Russia.  There is no difference.

In an article in the Washington Report on Middle East Affairs, Stephen Downs, formerly Chief Attorney with the New York State Commission on Judicial Conduct and Kathy Manley, a criminal defense attorney and member of the New York Civil Liberties Union, report on how the US government destroyed a charity, the Holy Land Foundation, which provided money for feeding the poor and for building schools and hospitals in Palestine.

The charity, aware of the perils of being based in the US and doing anything for Palestinians, relied on the US State Department and the US Department of Justice (sic) for guidance on where to send humanitarian aid. The charity sent its aid to the same aid committees in Palestine that the US Agency for International Development and the UN used to distribute aid to the Palestinians.

In the first trial of the Holy Land Foundation, the US government admitted that none of the charity’s donations had gone to terrorist organizations, and the federal prosecutors failed to achieve a conviction.  So the prosecutors tried the charity again.

In the second trial, the judge permitted the prosecutors to call an “anonymous expert” to tell the jury that some of the committees used by USAID and the UN and approved by the US Department of State were controlled by Hamas, the elected government of Palestine that Israel requires the US government to brand as “terrorist.”

As Downs and Manley point out, an “anonymous expert,” cannot “be challenged because he is unknown.” There cannot be a cross examination. The “expert” could be anyone—someone paid to lie to the jury, a Jew who believes all help to Palestinians comprises “aid to terrorists,” or a member of Mossad, the Israeli intelligence service that has thoroughly infiltrated the US according to US intelligence experts.

Injustices are everywhere, the authors admit, so why is this important to you? The answer is that the due process clause of the US Constitution requires that criminal laws give fair notice as to what conduct is prohibited. According to Downs and Manley, the Holy Land Foundation followed the US State Department’s list of designated terrorist organizations and avoided all contact with organizations on the list, but were indicted and convicted regardless. This tells us that federal prosecutors are viciously corrupt and that jurors are so inept and propagandized that they are useless to defendants.

The US Supreme Court refused to review this most blatant case of wrongful conviction. By so doing, the US Supreme Court established that the court, like the US House of Representatives, the US Senate, and the executive branch, is not only a servant of the police state but also a servant of Israel and supports the destruction of the Palestinians by designating aid to Palestine as an act of terrorism.

What this means for you is that your involvement in legal transactions or associations can be declared ex post facto by secret witnesses to be criminal involvements. The criminality of your past behavior can now be established, according to Downs and Manley, by “anonymous experts,” mouthpieces for the government prosecutors who cannot “be confronted or cross-examined within the meaning of the 6th Amendment.”

Downs and Manley write: “The implications are enormous. The government can now criminalize political, religious and social ideology and speech. Donating to peace groups, participating in protests, attending church, mosque or synagogue, entertaining friends, and posting material on the Internet, for example, could later be found to be illegal because of ‘associations,’ manufactured by anonymous experts, which in some way allegedly support designated terrorist organizations one has never heard of.”

The authors could have added that if the government wants to get you, all it has to do is to declare that someone or some organization somewhere in your past was connected in a vague undefined way with terrorism. The government’s assertion suffices. No proof is needed. The brainwashed jury will not protect you.

Be prepared in the next year or two for all criticism of “our freedom and democracy” government to be shut down. In Amerika, truth is about to be exterminated.