The Institutionalization of Tyranny 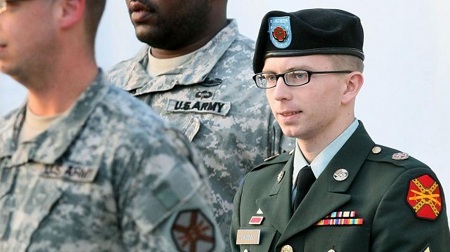 Republicans and conservative Americans are still fighting Big Government in its welfare state form. Apparently, they have never heard of the militarized police state form of Big Government, or, if they have, they are comfortable with it and have no objection.

Republicans, including those in the House and Senate, are content for big government to initiate wars without a declaration of war or even Congress’ assent, and to murder with drones citizens of countries with which Washington is not at war. Republicans do not mind that federal “security” agencies spy on American citizens without warrants and record every email, internet site visited, Facebook posting, cell phone call, and credit card purchase. Republicans in Congress even voted to fund the massive structure in Utah in which this information is stored.

But heaven forbid that big government should do anything for a poor person.

Conservatives accuse liberals of the “institutionalization of compassion.” Writing in the February, 2013, issue of Chronicles, John C. Seiler, Jr., damns Johnson’s Great Society as “a major force in turning a country that still enjoyed a modicum of republican liberty into the centralized, bureaucratized, degenerate, and bankrupt state we endure today.”

It doesn’t occur to conservatives that in Europe democracy, liberty, welfare, rich people, and national health services all coexist, but that somehow American liberty is so fragile that it is overturned by a limited health program only available to the elderly.

The institutionalization of tyranny is the achievement of the Bush/Obama regimes of the 21st century. This, and not the Great Society, is the decisive break from the American tradition. The Bush Republicans demolished almost all of the constitutional protections of liberty erected by the Founding Fathers. The Obama Democrats codified Bush’s dismantling of the Constitution and removed the protection afforded to citizens from being murdered by the government without due process. One decade was time enough for two presidents to make Americans the least free people of any developed country, indeed, perhaps of any country. In what other country or countries does the chief executive officer have the right to murder citizens without due process?

It turns one’s stomach to listen to conservatives bemoan the destruction of liberty by compassion while they institutionalize torture, indefinite detention in violation of habeas corpus, murder of citizens on suspicion and unproven accusation alone, complete and total violation of privacy, interference with the right to travel by unaccountable “no-fly” lists and highway check points, the brutalization of citizens and those exercising their right to protest by police, frame-ups of critics, and narrow the bounds of free speech.

In Amerika today, only the executive branch of the federal government has any privacy. The privacy is institutional, not personal–witness the fate of CIA director Petraeus. While the executive branch destroys the privacy of everyone else, it insists on its own privilege of privacy. National security is invoked to shield the executive branch from its criminal actions. Federal prosecutors actually conduct trials in which the evidence against defendants is classified and withheld from defendants’ attorneys. Attorneys such as Lynne Stewart have been imprisoned for not following orders from federal prosecutors to violate the attorney-client privilege.

Conservatives accept the monstrous police state that has been erected, because they think it makes them safe from “Muslim terrorism.” They haven’t the wits to see that they are now open to terrorism by the government.

Consider, for example, the case of Bradley Manning. He is accused of leaking confidential information that reveals US government war crimes despite the fact that it is the responsibility of every soldier to reveal war crimes. Virtually every one of Manning’s constitutional rights has been violated by the US government. He has been tortured. In an effort to coerce Manning into admitting trumped-up charges and implicating WikiLeaks’ Julian Assange, Manning had his right to a speedy trial violated by nearly three years of pre-trial custody and repeated trial delays by government prosecutors. And now the judge, Col. Denise Lind, who comes across as a member of the prosecution rather than an impartial judge, has ruled that Manning cannot use as evidence the government’s own reports that the leaked information did not harm national security. Lind has also thrown out the legal principle of mens rea by ruling that Manning’s motive for leaking information about US war crimes cannot be presented as evidence in his trial.

Mens rea says that a crime requires criminal intent. By discarding this legal principle, Lind has prevented Manning from showing that his motive was to do his duty under the military code and reveal evidence of war crimes. This allows prosecutors to turn a dutiful act into the crime of aiding the enemy by revealing classified information.

Of course, nothing that Manning allegedly revealed helped the enemy in any way as the enemy, having suffered the war crimes, was already aware of them.

Obama Democrats are no more disturbed than conservative Republicans that a dutiful American soldier is being prosecuted because he has a moral conscience. In Manning’s trial, the government’s definition of victory has nothing whatsoever to do with justice prevailing. For Washington, victory means stamping out moral conscience and protecting a corrupt government from public exposure of its war crimes.