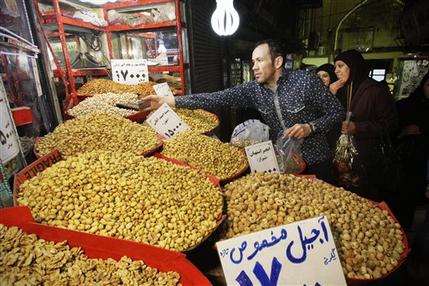 It is by now common knowledge that Western-imposed economic sanctions on Iran have detrimental impacts on the Iranian economy. In fact, Iranian officials have long since shifted their public statements from outright denial to explicit acknowledgement of the effect of sanctions on Iran’s economy. They have, for instance, acknowledged that sanctions were partly to blame for Iran’s recent currency depreciation as well as its rampant inflation.

On what regards the impact of sanctions on Iran’s oil exports, Western media have reported  a loss of over $50 billion in oil revenues by Iran over the last year, an estimate which Iranian officials have so far been reluctant to acknowledge. Although, according to some sources, Iran’s petroleum minister recently reported the loss of around $40 billion in oil revenues over the last nine months, his ministry’s spokesman swiftly dismissed the report as unfounded,  a fact which indicates the controversial nature of the issue. Regardless of the existing controversy over the degree of effectiveness of Western sanctions on Iran, they have won the praise of Israeli officials who have generally been skeptical of the effectiveness of non-military options towards Iran. Heartened by Iran’s recent sharp currency depreciation, Israeli finance minister went even so far as to characterize the Iranian economy as on the verge of collapse.

Insofar as the economic effectiveness of Western sanctions is concerned, it is safe to conclude that they have partly contributed to the sharp rise in the price of commodities and other consumer goods in Iran, thus eroding the general welfare of ordinary Iranians and may create further economic hardships for them down the road, if not mitigated. In the longer run, Western-imposed sanctions may also significantly undermine the capacity of the Iranian government to provide public welfare programs and other social services to its people by cutting its revenues and hindering its capacity to engage in financial transactions with foreign countries to import necessary foodstuffs and medicine.

Whether Western crippling economic sanctions will meet their ostensible political goal of bringing change in Iran’s nuclear position is a different story. Although initially advertised as ‘targeted’ and ‘smart’ aimed only at disrupting Iran’s nuclear procurements and to deny it financing sources for its nuclear program, it has become increasingly difficult for Western officials to sweep under the rug the indiscriminate and ‘dumb’ nature of their crippling sanctions on Iran. The extent and depth of current Western economic sanctions cannot fail to reveal the fact that they are geared toward pressuring the Iranian government by inflicting economic hardships on ordinary Iranians in the hope of inciting public discontent and possible revolts against it.

What is clear is that crippling economic sanctions on Iran have not yet produced the Western-desired outcome of economic collapse and public revolts in Iran or otherwise a substantial change in Iran’s nuclear posture. Finding itself the target of an economic onslaught of unprecedented scale by Western powers, Iran pursues its own three-pronged strategy to survive and emerge victorious. Iran’s survival strategy consists of economic, diplomatic and psychological dimensions.

On the economic front, Iran’s strategy is geared toward rendering the sanctions ineffective or minimizing their adverse effects on its general population. For example, anticipating the US plan to impose gasoline embargo on it in recent years, the Iranian government moved in advance to produce extra gasoline domestically by shifting the operations of a number of its petrochemical complexes to gasoline production. Iran also adopted price measures to effectively curb domestic gasoline consumption thus obviating the need for gasoline imports. In other areas, Iran’s economic strategy has taken the form of government intervention in the market to regulate and control prices. The recent measure by the Iranian government to establish a parallel currency exchange center was meant to stifle further currency depreciation by providing alternative sources of foreign currency supply for imports and other needs. In similar crisis situations, it is expected that the Iranian government will intervene more forcefully in the market by taking over some economic activities, imposing stricter price regulations and, if push comes to shove, rationing essential commodities. To these measures, one should also add a variety of initiatives to curb inessential imports, encourage domestic production as well as bypass the sanctions.

On the diplomatic front, Iran has left the door open for a face-saving compromise over its nuclear program. Although it is unimaginable that the Iranian government would compromise its core right of nuclear enrichment under the NPT in light of both the principled beliefs of Iranian political elites and the social costs involved in pursuing such an option, Iran possesses the necessary bargaining chips, short of suspending its core nuclear enrichment activities, to reach a deal with Western powers to achieve at least a partial removal of the sanctions. Suspending its 20-percent level nuclear enrichment activities, providing further transparency on its nuclear activities in cooperation with the IAEA and implementing the IAEA Additional Protocol are among such bargaining chips.

On the psychological front, Iranian officials are well aware that economic hardships do not automatically and mechanically produce public revolt against the government. What is obviously more important than the scope of objective economic hardships is how they are perceived by the general public in Iran.  Iranian officials have made their best effort to convince their general public of the logic of their resistance against Western pressures on their nuclear program and to encourage them to make sacrifices in the face of sanctions-induced economic hardships. As I have noted elsewhere, the general Iranian public are presented with the official narrative that economic hardships are the price that they need to pay to safeguard their political independence. Western demands on Iran’s nuclear program are represented as illogical and discriminatory and thus must be resisted. Adopting this attitude naturally defines a higher tolerance threshold for average Iranians in the face of sanctions-induced economic hardships.

On top of the above factors, the self-sustained nature of Iran’s economy, which is capable of producing most of its own commodities and consumer durable goods, Iran’s geographical location, which provides numerous outlets  to the outside world and gives it potential control over the strategic region of the Persian Gulf, as well as its political influence in the greater Middle East region, which gives it a degree of deterrence against its adversaries in the event of heightened confrontations, all seem to give Iranian officials confidence that they will be able to weather the storm of crippling economic sanctions.