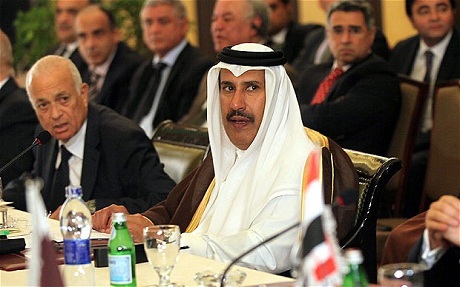 Are the Arab League and Organization of Islamic Cooperation targeting Syria’s civilian population?

DAMASCUS — One powerful image from Damascus that has become seared into this observers mind these days is when I walk by a Western Union office. Most of them remain open despite the brutal US-led sanctions which in their pervasive effects target almost entirely the civilian population. But all Western Union offices were closed last Thursday and Friday due to heavy snowfall, which some say is the deepest here for more than a quarter century. Still, some Syrians braved the extreme cold and could be seen huddled outside some branches, evidently in vain hope that they might open and their families might eat.

One of the few economic lifelines not yet cut by the ever strangling, profoundly immoral and illegal US-led sanctions, with their throat-hold tightening around the civilian population in Syria in order to achieve regime change, “WU” as it’s known, has become, for some, literally a lifesaver. This is because its money transfer service is still allowing family and friends from abroad to send in assistance to Syria for their desperate families caught up in this regional contest between Resistance and a return to Western hegemony.

Peering in the window or stepping inside a Western Union outlet in Damascus reminds this observer of scenes from the floor of the New York Stock Exchange or a European bourse wherein traders wave pieces of paper or other objects trying to get the attention of someone. But in Syria, those trying to submit their ten digit Money Control Transfer Number (MTCN) numbers and ID’s in order to collect cash, are not wearing clothes from the fashion houses. Rather, given the frigid temperatures and lack of mazot (heating oil that 90% of the population here relies on for heat) they are tightly bundled. Women and kids generally wrapped tight in thick head scarves.

Last week, this observer went into the Western Union office in central Damascus to collect some cash sent from Canada for a family that had managed to escape from Aleppo. The place was packed but orderly. I smiled to myself as I thought about my own country when sometimes during a Black Friday type sale, the scene of waiting in queue collapses into yelling, insults, fights, throwing objects, threats, all to save a few dollars or get one’s hands on the soon to be trashed “must have” sale item.

The stressed but committed staff behind the WU counter could not give assurance how long I would have to wait, but graciously did agree to take my passport and I could return later. On arriving after about three hours, my MCTN # had just been processed and I was in and out fast. I can’t imagine that I will see a yellow and black Western Union sign ever again without thinking about US sanctions targeting the Syrian civilian population.

An historical irony is that it was a Syrian gentlemen, Mr. Hiram Sibley, one of the thousands of Syrians who emigrated to the United States in the mid-19th Century (the first and largest Arab migration then and since came from Syria) who in 1851 established the New York and Mississippi Valley Printing Telegraph Company with the goal of creating one great telegraph system with unified and efficient operations. Four years later, Western Union was born and became an American icon, and thirty three years on it was one of the top ten companies listed on the New York Stock Exchange the day it opened in 1888.

The reason Western Union is able to avoid the US-led sanctions that include medicines and food (White House claims to the contrary notwithstanding), is quite simply that the US Treasury Department cannot easily face the domestic American political fallout from curtailing Western Union anywhere.

According to a July 2012 US Senate Banking Committee memo, were Treasury to be seen as tampering with Western Union’s $7 billion annual revenues, there would be a significant problem. Already there are growing complaints from US businesses flooding the White House & Congress claiming that sanctions imposed on Syria are costing American businesses hundreds of millions of dollars in lost profits—even more regarding US sanctions on Iran. So to date, the Office of Financial Assets Control (OFAC) at Treasury has kept its hands off Western Union and this is good for Syrian civilians.

For these reasons a thin lifeline—a reed really—exists for many in Syria with families and friends abroad able to use WU’s “Money in Minutes” to help them. It’s a relatively small factor in the larger Syrian crisis but it does help many.

Much more significant than Western Union remaining open, and the subject of much current criticism here, is the lack of assistance to Syria’s severely sanctioned civilian population from the Arab League and the Organization of Islamic Cooperation, neither of which lack officials who are wringing their hands in public these days, in mock anguish it is claimed, over their brothers and co-religionists “victimization.”

Claiming solidarity with the Syrian people, on November 12, 2011 the Arab League suspended the membership of Syria (Lebanon and Yemen voted no and Iraq abstained) and cancelled its monitoring mission in Syria on January 28, 2012. The Organization of Islamic Cooperation suspended Syria’s membership on May 15, 2012 at a summit of Muslim leaders in Mecca. Saudi Arabia, the summit’s host, has led all Arab League and OIC calls for the Syrian rebel opposition to be armed, which Foreign Minister Saud al-Fasial described in February and since as “an excellent idea.”

By their actions, the OIC and the Arab League are themselves sanctioning the Syrian people in brutal forms and doing nothing to object to the immoral and illegal aspects of the American sanctions. Both organizations stand accused of abandoning their charters in order to maintain profitable relations with NATO countries as they funnel large sums of money and weapons to various militias inside Syria. It is their “agents,” the jihadist groups, who have turned on the Syrian civilian population increasingly resorting to theft, kidnapping for ransom, rape, sale of children, and killing hundreds according to UN agencies.

In one poignant interview near Omayyad Square the other day, a solemn, long bearded Sunni Sheik told this observer that the American sanctions are also directly targeting Islam because the sanctions constitute an attack on Islamic values. When pressed for specifics, he reluctantly replied, “Because your countries sanctions are impoverishing our people and forcing our Muslim women into prostitution. These sanctions are also flooding the streets with Muslim beggars, both adults and children. I am sure you have seen them, here in Damascus, across Syria and in bordering countries. But the claimed protectors of our holy sites are silent and shed only insincere tears in public. But if they resisted these sanctions they could defeat them. What is required in a 1970’s type Arab boycott of American and western companies until these anti-Muslim sanctions are lifted.”

The honorable gentleman has a point.

The Arab League’s recent ministerial-level meeting held in Cairo was called to focus on the Syrian refugees file. But the rather pathetic quick one day deliberations ignored the causes of the suffering of the civilian population as well as the fact that most of the 22 countries comprising the Arab League have been a main cause behind the displacement of the Syrian civilian population. Both the AL and the OIC stand accused here in Syria of participation in the sanctions which are decimating the Syrian people’s livelihood. Some AL and OIC officials are shedding crocodile tears about the miserable living conditions of the Syrian refugees “in spite of spending millions on recruiting mercenaries and salifi-takfiries, training them and purchasing weapons for the terrorists,” the Sheik explained.

One frustrated American NGO director, affiliated loosely with the World Food Program, expressed her frustration: “If these organizations (AL and OIC) wanted to aid Syrian refugees they should stop supplying the gunmen with weapons and money and stop inciting sedition in Syria.”

The Arab League Secretary General, Nabil al-Arabi, still does not get it.

The Lebanese Foreign Minister, Adnan Mansour, offered his views of the Syrian refugee’s displacement. Notable causations, he claimed, are the flow of weapons and money into Syria, the entry of foreign gunmen and not joining a political dialogue. To his credit, Mansour called on the AL and OIC to “shoulder their responsibilities towards the refugees through ensuring their humanitarian, medical, livelihood, educational and services requirements in order to ease their daily suffering.”

As for the Kuwaiti Minister, he considered that the US-led sanctions were not a problem but rather that the suffering of the Syrian people was caused by the failure of the UN Security Council to meet the demands of the AL for immediate military intervention in Syria. He also insisted that Kuwait has mobilized all its resources to ensure that financial and relief resources alleviated the suffering of the Syrian refugees.

To date, the Syrian refugees, victims of US led and AL-OIC complicity, have not received any of the assistance Kuwait, the Arab League or the Organization of the Islamic Conference has promised. Rather, these organizations appear to be propping up the US-led sanctions.

Meanwhile, according to officials, Syria’s government has just authorized the UN World Food Program to extend its reach in the country where 2.5 million people are suffering from hunger. Ertharin Cousin, spokeswoman of the WFP, announced on Tuesday that Syria is allowing the organization to work with local aid groups to reach more of those in need. To boost the number of people receiving emergency assistance, the Syrian government last week drew up a list of 110 local NGOs authorized to participate in the aid effort.

WFP is working closely with the Syrian Arab Republic Red Crescent Society (SARCS) which, thanks to more than 9000 volunteers, are operating the following facilities to serve every Syrian and Palestinian without consideration of sect or political views: Damascus 15, Damascus countryside 68, Suwayda 2, Homs 71, Idelb 2, Aleppo 185, al-Raqqah 52, al-Hasakah 52, Dayr al-Zawr 4, and Quneitra 12.

Unlike the Arab League and the Organization of the Islamic Conference, SARCS, the World Food Program, and more than 40 other NGO’s can be observed any day of the week confronting and attempting to ameliorate the profoundly immoral and illegal US-led sanctions — manifold actions, not crocodile tears — in aid of the civilian population of Syria.