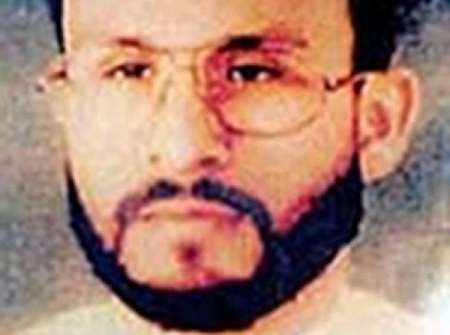 Abu Zubaydah, a man once called al-Qaeda’s “chief of operations” appears to be at the center of an unraveling of the official myth behind al Qaeda.  After his capture in early 2002, Zubaydah was the first “detainee” known to be tortured.  The information allegedly obtained from his torture played a large part in the creation of the official account of 9/11 and in the justification for the continued use of such torture techniques.  Yet in September, 2009, the U.S. government admitted that Zubaydah was never a member or associate of al Qaeda at all.  These facts raise an alarming number of questions about the veracity of our knowledge about al Qaeda, and the true identity of the people who are said to be behind the 9/11 attacks.

Unlike other alleged al Qaeda leaders, including Khlaid Sheik Mohammed and Ramzi bin Alshibh, Zubaydah has never been charged with a crime.  As these other leading suspects await their continually-postponed military trial, Zubaydah is instead being airbrushed out of history.  Why would the U.S. government want us to forget Zubaydah, the first and most important al Qaeda operative captured after 9/11?

The 9/11 Commission called Zubaydah an “Al Qaeda associate,” a “long-time ally of Bin Ladin,” a “Bin Ladin lieutenant,” and an “al Qaeda lieutenant.”[1] The Commission’s claims were somewhat contradictory in that Zubaydah was, in the Commission’s report, represented as both an al Qaeda leader and simply a terrorist colleague who collaborated in the training and recruiting of operatives.  For example, the Commission reported that Zubaydah “helped operate a popular terrorist training camp near the border with Pakistan” [Khalden Camp], and that Bin Laden had an agreement with Zubaydah to “conduct reciprocal recruiting efforts whereby promising trainees at the camps would be invited to join al Qaeda.”  It was unclear why a “Bin Laden lieutenant” would need such a reciprocal agreement with Bin Laden.

Other claims made by the 9/11 Commission were that “KSM and Zubaydah each played key roles in facilitating travel for al Qaeda operatives,” and that “Zubaydah had been a major figure in the millenium plots.” These claims are supported primarily by the torture testimony of Zubaydah and others, and by Zubaydah’s “diary.”

In an amazing turnabout in 2009, an attorney for Zubaydah wrote in The Guardian that the majority of the accusations against Zubaydah were understood by all parties to be false.  In fact, he wrote, they “were known to be false when uttered.”[2]  Attorney Brent Mickum said that his client, said to be the “number three man in al Qaeda,” was never a member or associate of al Qaeda and that “These facts really are no longer contested: [Zubaydah] was not, and never had been, a member of either the Taliban or al-Qaida. The CIA determined this after torturing him extensively.”  In fact, he “was never a member or a supporter of any armed forces that were allied against the United States,” and he was never the “head of a military camp that trained terrorists. That allegation is false at all levels.”

It turns out that Mickum’s report was correct and that “Abu Zubaydah’s supposed relationship with al-Qaida is a complete myth.”[3]

We know this because, as of September 2009, the U.S. government agreed that Zubaydah was never an al Qaeda operative.  During Zubaydah’s habeas corpus petition, the government admitted that Abu Zubaydah had never been a member of al-Qaeda, nor involved in the attacks on the African embassies in 1998, or the attacks on the United States on September 11, 2001.[4]  The motion, filed by the U.S. government, states:

…the Government has not contended in this proceeding that Petitioner [Zubaydah] was a member of al-Qaida or otherwise formally identified with al-Qaida.

Respondent [The United States Government] does not contend that Petitioner was a “member” of al-Qaida in the sense of having sworn a bayat (allegiance) or having otherwise satisfied any formal criteria that either Petitioner or al-Qaida may have considered necessary for inclusion in al-Qaida. Nor is the Government detaining Petitioner based on any allegation that Petitioner views himself as part of al-Qaida as a matter of subjective personal conscience, ideology, or worldview.

The Government has not contended in this proceeding that Petitioner had any direct role in or advance knowledge of the terrorist attacks of September 11, 2001.

…the Government has not contended that Petitioner had any personal involvement in planning or executing either the 1998 embassy bombings… or the attacks on September 11, 2001.

In his article that same year, attorney Mickum went on to point out that the torture tapes, which the CIA had first lied to the 9/11 Commission about and then destroyed, had a lot to do with Zubaydah.  Mickum wrote:  “the videotapes of his torture were destroyed. Just recently, the government revealed that 90 of the 92 videotapes that the CIA destroyed related to our client.”  Not only that, Mickum went on to say that the U.S. government has removed all “reference to my client from the charge sheets and factual returns of other prisoners whose cases were being prosecuted. Abu Zubaydah has been linked to nearly 50 prisoners and former prisoners through media accounts and official Guantanamo Bay documents. Of these, approximately two dozen have either had their charges dropped or have been released from custody.”  They have, essentially, “airbrushed Abu Zubaydah out of history.”

Obviously this attempt to remove a key 9/11 accomplice from history must make a significant difference to the official account of 9/11.  We would expect that major revisions to the 9/11 Commission Report would be necessary given the knowledge that the man never had a connection to al Qaeda.

In order to better understand just how much Zubaydah meant as a primary source for the official account of 9/11, we must review the extensive claims made about Zubaydah by the U.S. government and mainstream media over the years.  We’ve seen that the 9/11 Commission (falsely) called Zubaydah an “al Qaeda lieutenant.”  The Joint Congressional inquiry did the same, calling him “al-Qa’ida leader Abu Zubaydah,” and the “Bin Ladin lieutenant captured in March 2002.”  As late as 2006, the Justice Department’s Inspector General report on the 9/11 attacks called Zubaydah a “Bin Laden lieutenant.”

When Zubaydah was captured, in March 2002, U.S. government officials touted him as the biggest catch of the War on Terror, at least until the capture of Khalid Sheik Mohammed (KSM).  FBI Director Robert Mueller stated that Zubaydah’s capture would help deter future attacks.[5]  White House spokesman Ari Fleischer said that Zubaydah could provide a treasure-trove of information about al-Qaeda.[6]  Secretary of Defense Donald Rumsfeld claimed that Zubaydah was “a man who knows of additional attacks”, who has “trained people to do this”, and was a big fish who had a fountain of knowledge.[7]

The extensive allegations against Zubaydah went on and on, and included that he was: