Anniversary of Gaza Blockade: A State of Siege, and Normalcy 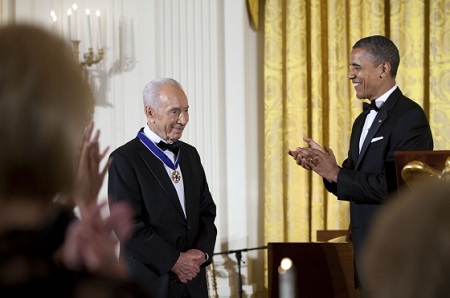 On June 14, fifty international organizations marked the fifth anniversary of the Israeli siege on Gaza by calling on Israel to end its blockade of the small, impoverished strip.

“For over five years in Gaza, more than 1.6 million people have been under blockade in violation of international law. More than half of these people are children. We the undersigned say with one voice: ‘end the blockade now,’” read the joint statement.

The signatories included such reputable organizations as Save the Children, Oxfam, the World Health Organization, Amnesty International and Médecins du Monde. The wording of the statement mirrored that of a plethora of recent appeals. The only notable difference is that during the siege the Gaza population has grown from 1.5 to over 1.6 million.

The statement followed a strong censure of the siege by the UN Under-Secretary-General for Humanitarian Affairs, Valerie Amos. Amos has decried what she described as “collective punishment of all those living in Gaza and…a denial of basic human rights in contravention of international law.” She demanded that the “blockade be lifted immediately, so that essential services and infrastructure can be maintained.”

Condemning Israeli rights violations in Palestine by leading human rights and humanitarian organizations is nothing new. Unfortunately, such calls are rarely followed by any organized political campaigns. Western governments are least concerned by the ongoing drama. Historically they have employed a selective policy of outrage whenever human rights are violated. Worse, in many cases Western powers have taken an active role in allowing continued Israeli subjugation of Palestinians.

The call of human rights organizations would have been more meaningful if it were directed at the Western powers supporting Israel’s actions. Promoting the idea that the Gaza siege is an entirely Israeli initiative is a ruse that needs to be exposed. Equally deceptive is any discussion of the lethal Israeli war on Gaza (Cast Lead 2008-09) without due reference to the strong political and military backing of US and other Western powers. Without such support, Israel could never have managed to sustain its costly war adventures or construct its so-called Separation Wall or illegal settlements.

Palestinians are growing frustrated by the fact that while every politically-induced humanitarian crisis in the region is classified as such, the Gaza siege is confined to a discussion of whether or not food items should be allowed entry into the strip. Palestinians are not a collective experiment, despite any Israeli assertion to the contrary.  This is actually a matter of policy, as articulated by Israeli politician Dov Weissglass, a former close associate of Prime Minister Ariel Sharon. “The idea is to put the Palestinians on a diet, but not to make them die of hunger,” he once proclaimed. That collective ‘diet’ was part of a larger policy that accompanied the Israeli deployment—termed ‘disengagement’—from Gaza. “The disengagement is actually formaldehyde. It supplies the amount of formaldehyde that’s necessary so that there will not be a political process with the Palestinians.”

The statements above were quoted in Israeli daily Haaretz (August 10, 2004). They made it clear that the plans to place Gaza under siege came years before Hamas’ victory in the Palestinian legislative council elections and its subsequent violent clashes with rival Fatah. It also long preceded the capture of Israeli solider Gilad Shalit.

However, no official Israeli defense of the siege is ever issued without reference to Hamas and its control of the strip. Mark Regev, spokesperson for Israeli Prime Minister Benjamin Netanyahu, claimed: “All cargo going into Gaza must be checked because Gaza is controlled by Hamas, an internationally recognized terrorist organization.”

To avoid controversy, international organizations criticize the Israeli siege on Gaza as if it were an apolitical event. The Israeli response is the same convenient and redundant one—juxtaposing Hamas’ terrorism with Israel’s supposedly viable democracy. US state department spokespersons often second Israeli claims, and discussions end here.

A sad irony is that on the day international were condemning the siege on Gaza, US president Barack Obama awarded Shimon Peres the Presidential Medal of Freedom. Praised by Obama for his “indomitable spirit”, Peres has foreseen and defended Israeli illegal occupation, massacres and ill treatment of Palestinians throughout his various posts in the Israeli government, including as prime minister and president.

The real risk is that the Gaza siege is becoming part of a larger status quo imposed and defended by Israel and its benefactors. Also forgotten is the fact that prior to the siege, Gaza was an Israeli occupied territory, along with the occupied West Bank and the illegally annexed East Jerusalem. Thus it makes little sense that the Economist would entitle its article commemorating the siege as: “The Gaza Strip: Will normality ever return?” (June 16).

Instead of discussing the illegal Israeli siege as a point of departure for its argument, the magazine sought to highlight Hamas’ ability and relative success at withstanding “five years of punishing siege, bombardment and war.” Once again, Palestinians are used in a collective experiment of war and siege. “But having built its local empire, Hamas is uncertain where to go next,” claimed the article.

Such coverage is typical, since the Israeli war and siege is promoted in mainstream media as a fact of life and undeserving of condemnation or censure. If an analysis is ever relevant, it focuses on Gazan ‘terrorists’’ ability to circumvent the pressure and sustain their ‘local empire.’

Five years into the Gaza siege, Israel has failed to bend to the will of the Palestinians, or to obtain political concessions in exchange for food or lifesaving medicine. But it has succeeded in upgrading the intensity of its wars and perpetual sieges on Palestinians – somehow normalizing such violent and inhumane realities, which are carefully criticized by some and wholeheartedly accepted or defended by others.