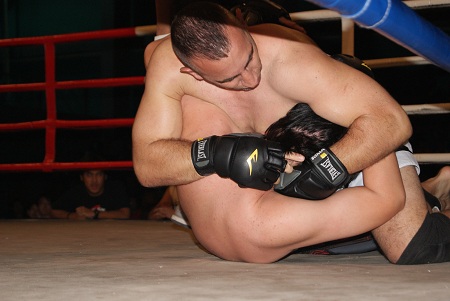 “The Bangkok Post reported yesterday that the Sport Authority of Thailand (SAT), essentially the government agency that regulates sports in the country, has banned any and all MMA events to take place in Bangkok. According to SAT deputy governor, Sakol Wannapong, ‘Organising an MMA event here would hurt the image of Muay Thai.’ Sakol also claims that mixed martial arts would mislead the public to think that mMay Thai is brutal.” — Muay Thai Beyond the Ring

It is so stupid that Mixed-Martial Arts (MMA) was banned in Thailand on grounds that MMA makes Muay Thai look brutal. How can MMA cause Muay Thai to look brutal? They’re two different sports. That’s like saying hockey makes baseball look violent. It is true, however, that cricket makes baseball look fast. If anything, hockey makes MMA look tame. Hockey games are so rough, MMA fights break out among the spectators.

As for protecting the Thai national sport, the national sport in America is baseball. Basketball has become more popular, and we accept that. It’s a buyer’s market. We didn’t ban basketball to increase baseball ticket sales. We did try combining them into a single sport, Baseketball, but, in spite of a hilarious movie by the same title, Baseketball as a participation sport never took off.

If Thais think MMA looks too brutal, then wouldn’t that be a benefit to Muay Thai, which, by their estimations, looks less brutal? This would then drive more Thais back to Muay Thai. But all of this speculation is academic as there are almost no Thais participating in MMA. There was only one MMA fight league in Thailand, Dare, where most of the participants were foreigners. In the MMA training camps, there are almost no Thais learning MMA. So banning MMA in Thailand will simply driver foreigners away from Thailand, not back to Muay Thai.

We didn’t need to ban European football (soccer) in America because Americans don’t want to play it. But we didn’t ban it. European football is legal in America. And you’re free to make a club or hold professional games.  If you’re over the age of 9 and you play soccer, Americans may laugh at you, but they wouldn’t arrest you. Furthermore, if Americans started to like soccer and play it and bet on it, and it pulled people away from baseball and basketball, so what?! You would see professional indoor soccer games pop up in the best casinos in Vegas. Probably to make the American audience embrace soccer, we would have to alter the rules in such a fashion that something actually happened on the field. And scores would have to be in double digits. Perhaps we would add landmines or machinegun fire, or let wild lions loose on the field, to spice things up. At the very least, we would allow tackling and other random, violent contact.

Either way, once soccer got a foothold in the casinos, you would see American soccer outpace the rest of the world. Since many casino owners have ethnic connections with Italy, it would be easy for them to bring over the best players and hooligans. In a short time, they would make more money off soccer than Brazil ever thought possible. And Brazil has been playing it for a century.

The point is, in America, and to a lesser extent Canada, people have the right to choose which sport they want to watch or play. You shouldn’t have laws banning one sport to support another. The mere fact that you need a law banning MMA tells me that people want MMA.

While we’re on the subject, and just to keep this piece from being perceived as an anti-Thailand rant, let me extend my condemnation the rest of the world, outside of America. I have a crazy idea for all of the other countries in the world: how about two sports? Or, God forbid, three or more? The USA has three huge participation and spectator sports in baseball, basketball, and football. Hockey is probably a solid number four. Then you have spectator sports like boxing and now MMA, which are widely popular and which generate lots of money. But most of the rest of the world has one sport, soccer. And since most Asian countries can’t even dream of competing in the World Cup, Thailand concentrates on exactly one sport, Muay Thai.

Have you noticed that multi-party, non-royalist democracies also have multiple sports? There is something about free enterprise and democracy that makes us not live in constant fear of cultural domination. It also gives us large pretzels, sold from push carts, one of the cornerstones of the New York financial markets which drives the global economy. Large pretzels and freedom of choice are lacking in the rest of the world.

The world is too big for even me to take on, so let’s get back to MMA and Thailand.

It’s obvious that like it or not, MMA is the fastest growing sport in the world. And, that it’s the sport of the future. Using Malaysia as a test case for the rest of Asia, I can see that MMA is the sport of a younger generation who speak English, are computer literate, and are aware of other countries and things happening more than a mile from their house.

Thailand banning MMA is one more example of weird protectionist retro-steps that Asia takes to try their best to remain a century behind global development, like Malaysia switching back to Bahasa medium in schools so their citizens will suck at English and not be able to get good jobs. It’s great! If you excel at Bahasa, rather than English, you could someday get a great job in Indonesia, which is poorer than Malaysia. By the same logic, Thailand bans websites and makes long-term visas for foreigners nearly impossible, although those long-term foreign residents bring millions into the country. And now, they may even ban the MMA training camps. God knows, the last thing you want in your economy is foreigners coming in, spending money, and training in MMA. After the MMA camps and long-term tourists are gone, Thailand will be able to concentrate on all of its other great businesses like … like … you know, the other business Thailand does other than tourism. Banking, maybe? Or was it satellite technology? Auto manufacture and export? Or… Oh, now I remember, the other business Thailand does is NOTHING.

If you support MMA, or are a fan of free choice, help a monk get to Kuala Lumpur to fight. Donate through the PayPal link on my website, www.speakingadventure.com. Only three days left till I need to go to KL for the weigh-in and still short of travel and hotel money. As always, I’d be happy to wrestle you for food.