Review: “Revolution From Above: Manufacturing ‘Dissent’ in the New World Order” 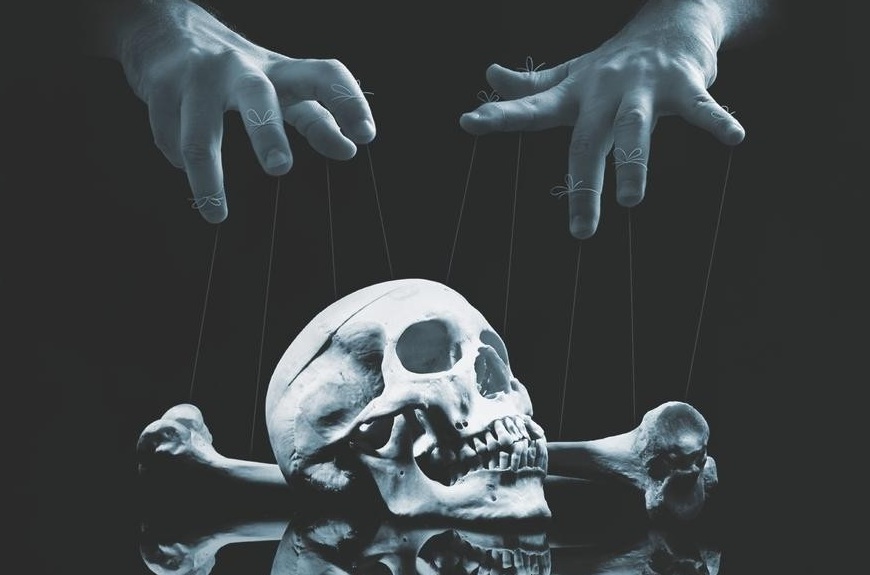 Michael Parenti joked in a talk I once watched online about the skeptic who questions whether the “conspiracy theorist” really believes a bunch of rich and powerful people sit around in rooms and conspire to take over the world. Well, Parenti quipped in reply to the proverbial skeptic, where else are they going to do it, if not in rooms? 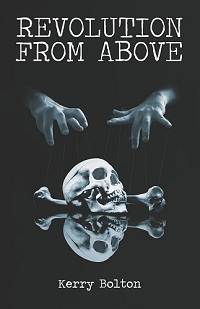 In Revolution From Above, Dr. Kerry Bolton puts forth the hypothesis “that not only liberals but also communists are the ‘useful idiots’ of global plutocrats who desire a World Collectivist State”. He sets out “to expose what might be called the ‘feel-good’ and supposedly ‘progressive’ causes of a variety of types that fool often well-meaning people into serving as dupes for aims of which they know nothing, in the service of individuals and groups which they believe that are opposing”.

Our proverbial skeptic would surely dismiss the thesis as preposterous, but he would just as surely be mistaken to dismiss the historical evidence Dr. Bolton documents so extensively throughout this book. He begins by explaining how “Both Big Business and Marxism view history as dialectical”, meaning that it “proceeds from the clash of opposites (thesis and antithesis) and from this tension emerges something new (synthesis).” A strategy of dialectics employed by ruling elites, Bolton argues, explains the historical capitalist support for “socialist and even communist movements”, such as the U.S. support for Pol Pot and the Khmer Rouge in Cambodia.

The dialectic strategy is also witnessed today “before our eyes with the so-called ‘color revolutions,’ supposedly ‘spontaneous’ street demonstrations of workers and students which have brought down governments in the former Soviet bloc, including those of Ukraine, George, and others such as Yugoslavia, and the succession of revolts in North Africa in 2011. All are highly organized, planned, agitated, funded, and directed by the Open Society networks of currency speculator George Soros, and the Trotskyist inspired, US funded National Endowment for Democracy”, or NED.

Bolton identifies the Greek philosopher Plato as the “Father of Collectivism” and explains how, today, abolishing the family, as Plato called for in The Republic, remains on the agenda, having been taken up by Friedrich Engels and pursued by proponents of the “World Collectivist State”. Throughout the book, Bolton cites members of elite circles who have openly stated their aims, such as Professor Carroll Quigley, who taught at Georgetown University, Harvard, and Princeton, and who wrote in his book Tragedy and Hope that there really does exist a network of international bankers using this dialectic strategy in the pursuit of a system of world political and financial control. Quigley’s one criticism of this network was that “it wishes to remain unknown”, while he believed “its role in history is significant enough to be known.” Their ultimate goal, Quigley disclosed, was to form “a single financial system on an international scale which manipulated the quantity and flow of money so that they were able to influence, if not control, governments on one side and industries on the other.”

Bolton discusses the origins of the Council on Foreign Relations and its influence among elite policymakers in both government and the private sector. In case one had any doubts about the real purpose of the CFR, Bolton cites extensively from an official history published by the CFR itself that candidly states how a “discrete club of New York financiers” established the CFR for to influence US policies for commercial interests. Among the founding members were Jacob Schiff, who bankrolled the Russian revolutionary movement, and Paul Warburg, who was also one of the architects of the 1913 Federal Reserve Bank Act—which, for readers who aren’t aware, really was the product of, yes, a very real conspiracy, planned, yes, in a room on Jekyll Island, to establish a central bank in the U.S. modeled on the Bank of England. (Bolton also quotes Paul’s son, James Warburg, saying in 1950, “We shall have world government, whether or not we like it. The question is only whether world government will be achieved by consent or by conquest”.)

Bolton also cites from the CFR’s official history how the organization’s leadership concurred that “right public opinion was mainly produced by a small number of people in real contact with the facts”, meaning of course, themselves, who viewed the masses as serfs. “‘Public opinion’ is a farce and a fiction,” Bolton comments, “and it is shaped by such coteries.” For example, a CFR study group in 1953 admitted that communism “has little to do with the current revolution” in Vietnam, which was rather an entirely nationalist movement. Bolton suggests that, the publicly-stated pretexts for the Vietnam War being known falsehoods (as with Iraq more recently), the true purpose of the war was to “economically exhaust the country—North and South”, in an application of the dialectic strategy, so that “only colossal debt and servitude to international finance and the world trade system would be left as the option for rebuilding the new unified State.” This is not unlike Noam Chomsky’s assessment of the war, who has also pointed out that it was primarily a war on south Vietnam and argued its purpose along a similar vein.

“When there are calls for the military overthrow of an alleged tyrant by the United Nations and/or by NATO”, Bolton observes, “the result is the opening up of that state to globalization and privatization”. This is also the aim of the “so-called ‘color revolutions’” sponsored by George Soros.

Another example of the dialectic process at work is in the feminist movement, argues Bolton. Well-meaning support for equality is one thing, but the global plutocrats have had something else in mind entirely. According to film producer Aaron Russo, Nicholas Rockefeller disclosed that this movement was financed by the elite to put women to work, “so they could tax another half of the population and so that the children would be trained by them in government schools rather than in the context of the family unit”—a collectivist aim, one is reminded, going back to Plato’s Republic.

The CIA is obviously discussed in the book, as well as the role of the media—often in one and the same instance, such as with the CIA’s Project Mockingbird, which aimed to infiltrate the corporate news media, and which was under the direction until 1963 of Philip Graham, husband of Katharine Graham, the owner and publisher of the Washington Post and Newsweek (and, of course, a member of the CFR, as Bolton never fails to point out).

Bolton discusses the “intervention by the very bankers and industrialists” who “now pose as our saviors from these problems of their own making, by proposing solutions that will invest them with greater power.” Bolton doesn’t specifically mention it, but the Fed-created 2008 financial crisis and the government’s response comes to mind.

Towards the end of the book, Bolton turns his focus towards the “color revolutions” and the Arab Spring, discussing the roles of NED, George Soros’ Open Society Institute, USAID, the International Republican Institute, Freedom House, etc., in organizing “spontaneous” revolutions, such as in Egypt, where, Bolton argues, “There is much reason to believe that Mubarak was an impediment to US policy”, despite the billions the U.S. had given his regime in support over many years. Such a turn should hardly come as a surprise to students of U.S. foreign policy. The U.S. supported Saddam Hussein before it opposed him. Manuel Noriega was Washington’s (and the CIA’s) man in Panama before he wasn’t, etc. Whatever Washington’s view of Mubarak, the role of NED-backed NGOs in organizing a revolutionary youth movement to overthrow him is undeniable—as Bolton heavily documents.

Whether or one agrees with all of the arguments Dr. Bolton makes in Revolution From Above or not, he establishes the validity of his overall thesis quite convincingly through the many historical examples he painstakingly documents of the dialectic process at work. Indeed, our hypothetical skeptic would be hard-pressed to continue to deny the existence of what he would like to dismiss as a “conspiracy”, as though the very idea that people in positions of power might conspire together to achieve their aims was somehow anti-historical. Even the most skeptical must come away after having read this book admitting that in rooms is indeed a most sensible location for the “World Controllers”, as Bolton variously calls the global elite, to plot their designs for mankind.