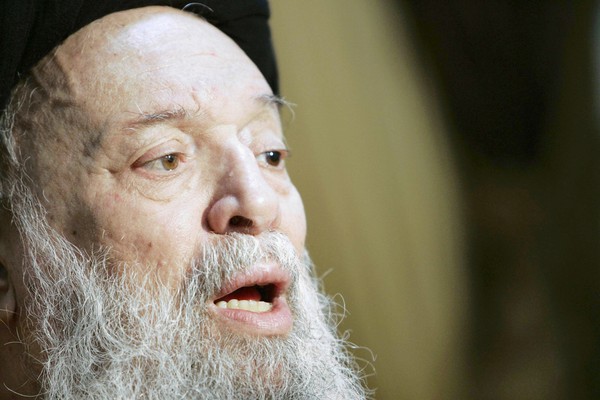 An Advocate for the Deprived

Dahiyeh, South Beirut, LEBANON — Rushing to an appointment last Saturday I passed the Mohammad Hussein Fadlallah Hassaniyeh (Mosque), which for many in my immediate Dahiyeh neighborhood is the religious institution we feel most connected to because of its long and continuing history of social and religious work in our community.

Nearly 18 months after the July 4th, 2010 death of Lebanon’s preeminent Islamic scholar, the Grand Ayatollah Mohammad Hussein Fadlallah, but seeming more like three months ago, the ‘Fadlallah Hassaniyeh’ is an ever active beehive of social work and religious study and truly a working people’s institution.

It is also the manifestation of Sayed Fadlallah’s achievement’s for and commitments to all in our community: Shia, Sunni, Christians and non-believers.

Unaware that it was the 12th day of the lunar month of Rabih el Awwal, the Prophet Mohammad bin Abdillah’s birthday, I was surprised by all the activity saturating the surrounding streets and the hundreds of school children in celebratory clothes doing various activities enjoying the festivity with their families.

Suddenly a gaggle of pre-teen friends from our neighborhood ran up to me and pulled me to the front of the vast ornate Fadlallah Mosque and to the tables in front where children were distributing small cloth-wrapped candies in celebration. When night descends, which is early these days, the children might be given fireworks by their parents, as was common in the past.  Yet given so much uncertainly these days in the region and in Lebanon, even relatively mild explosive noises cause my neighbors to hustle their flocks inside and avoid balconies and windows until they understand what the noise was all about.

By then too late for my appointment, I postponed it and entered the Mosque and sat on a bench near the burial chamber (Maqam) of Ayatollah Fadlallah.  I reflected on what he meant to Muslims and Christians in Lebanon and to all people of good will around the world and to me personally.  I had the honor to meet with him several times and to count his son Ali, who has succeeded him in much of his work, as my friend.   As I sat close to the Maqam, I was surprised to see members of our community still arriving to his resting place, leaning forward and speaking privately to him and pledging to follow his progressive teachings, fatwas, and examples. Some, inspired by his life’s work took vows to become better people in their relations with others.

I also still recall vividly his funeral and the untold thousands who came to our neighborhood to join his funeral procession on July 6, 2010.

Friends carried his body around our neighborhood.  They then marched to the spot of the 1985 CIA-Saudi assassination attempt, which killed 90, mainly school children and women, and wounded more than 250, before returning to Imam Rida Mosque where he was laid to rest. Tens of thousands of mourners gathered at the mosque for prayer services before the funeral procession.

From all across the region delegations arrived and every Lebanese political and religious leader attended except the small minded Maronite Cardinal Patriarch Sfeir, who took umbrage at Fadallah’s positive views about one person-one vote democracy.  Sayeed Fadlallah did not favor Lebanon being ruled by the current archaic French colonial legacy of parceling out political power based on the undemocratic confessional formulae of the 1943 Paris installed National Pact.

His passing shocked and saddened the region and the loss of his advocacy of dialogue, respect and unity among all religions is incalculable. Justice for Palestine and ending the Zionist occupation was part of his unwavering lifelong work.  Some media outlets reported that shortly before he died, and upon being asked by a medical attendant a few days ago if he needed anything, he replied, “Only the end of the Zionist occupation of Palestine.”

I recalled the morning of July 4, Zeinab, the nurse on duty at the blood donor’s clinic at Bahman Hospital, a block from my home in Haret Hreik, had just instructed me to remain sitting for five minutes and to drink the juice she gave me before I returned to south Beirut’s blazing sun.

A companion and I had each just donated a pint of blood in response to an appeal from friends who worked in the Translation Office of Fadlallah. He had been hospitalized for the past 12 days but on Friday his stomach bleeding had increased dramatically, related to complications from a liver problem he had been treated for over the past several years. Sayeed Fadallah also suffered from diabetes and high blood pressure.

As we waited, Zeinab returned, tears in her eyes, and simply said, “The Sayeed has passed away.”  And she disappeared. So did my Shia hijabed companion, and as it seemed, everyone from the floor.

I decided to walk down the stairs to the main level and could hear sobs from hospital staff on each floor, now seemingly darkened with each level eerier than the preceding one as I descended.

As I left the main entrance of Bahman hospital, I was thinking about some of the more than a dozen meetings I had the honor to attend with Grand Ayatolah Fadlallah and some of his staff over the past three years. Such as those who regularly visited him from the Washington DC based Council for the National Interest and one visit that I had arranged for former President Jimmy Carter.

Suddenly there was movement for two blocks in front and along the side streets adjacent to Bahman, a state of the art and science Hospital operated by Fadlallah’s Al Marbarrat Charity. This hospital was among hundreds of civil buildings in Haret Hreik and South Beirut that Israel had bombed in July of 2006. The Fadlallah home was also reduced to rubble.

“How did these guys get here so fast?” I wondered, for it was only minutes since the Majaa (religious guide) to millions in the Middle East had died. Some security units, dressed in black shirts, caps and trousers, walkie-talkies in their left hands, others in civilian clothes, quickly placed traffic barriers in the area. They politely asked that all vehicles including motorcycles be relocated a least two blocks away.

Some, from their appearance, obviously war toughened fighters, wept and consoled men and women who began arriving at the hospital to pay their respects, first in twos and threes and then streams.

The loudspeakers from the Hassanayn Mosque, where every Friday Fadlallah for the past nearly 20 years delivered sermons to tens of thousands of faithful, Muslim and Christian alike, began broadcasting religious music and Koranic verses to our shocked and grief-stricken neighborhood. During the night of the 27th day of Ramadan, known as Laylat al-Kadr, (according to the Al Kadar Sura in the Koran, this is the day that the Angel Gabriel came down from heaven and the beginning of  the revelation of the Koran) more than 50,000 filled Fadlallah’s Mosque and surrounding streets.

“The father, the leader, the marjaa, the guide, the human being is gone. Sayyed Fadlallah has died this morning,” senior aide Ayatollah Abdullah al-Ghurayfi told a hastily called  news conference, at the hospital, joined  by the late cleric’s sons, Sayyed Ali Fadlallah and Jaafar, who, like nearly everyone else in attendance,  could not hold back tears.

The sweltering evening of July 5th, an American delegation was given by his family and Hezbollah security the rare honor of viewing the body of Lebanon’s senior Shia cleric inside his Mosque near where he would be buried at 1:30 p.m. the following afternoon. The group met a wide spectrum of Lebanon’s political and resistance leadership, but was not joined by anyone from the US Embassy since their government would boycott Lebanon’s national day of mourning and the burial of this Washington branded “Terrorist.”  It was in 1995, that then President Bill Clinton, at the urging of AIPAC and facing a re-election campaign, so designated him. Former President Carter promised during a visit in June of 2009 that he would contact President Obama immediately about this travesty but was unable to have his name removed before the Sayeed’s death.