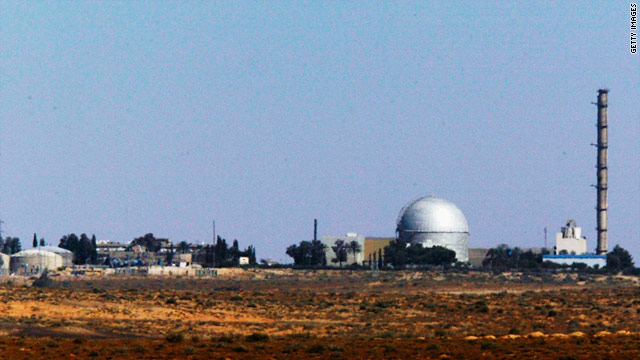 Over the past several weeks, Iran’s nuclear program has occupied a central place in the reports of mainstream Western media and demonization of Iran has reached new levels. Suspicions and speculations about Iran’s nuclear program are presented as undisputable facts and the military threats of a hypothetically nuclear-armed Iran are magnified out of proportion. Constant reports of imminent Israeli military strikes on Iran’s nuclear facilities are working to remove the stigma around that possibility and to gradually habituate world public opinion to such an illegal and adventurous military action by Israel or the U.S. 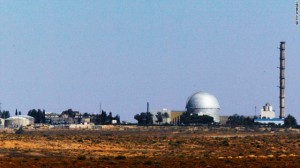 These developments are indeed reminiscent of the propaganda strategies of mainstream American media in the prelude to the U.S. war on Iraq in 2003, psychologically preparing domestic and international public opinions for the catastrophes that were soon going to be unleashed under the leadership of the former president of the only superpower of the world, George W. Bush. While excelling in the arts of distortion, the dominant discourse of the mainstream Western media on Iran has also worked effectively to push out of public sight some of the basic facts about Iran and Israel.

At the risk of stating the obvious for many, reminding a few facts are in order in the midst of the ongoing media attention to Iran’s nuclear program. Many tend to forget the blatant fact that the International Atomic Energy Agency (IAEA) has reiterated many times, including in its latest periodic report, that there is no evidence that Iran’s nuclear program has been diverted to military purposes and that it has continued to verify the peaceful nature of Iran’s nuclear activities. It also tends to be forgotten that all Iran’s nuclear facilities are under constant surveillance and monitoring by the IAEA and that there is no possibility of military diversion of Iran’s nuclear activities without it being discovered by the IAEA enough in advance to prevent such a hypothetical scenario. Another fact which tends to be ignored is that possessing nuclear fuel cycle technology is not equal to having the capacity to build nuclear bombs and that producing nuclear weapons requires many components and technologies other  than just being able to enrich uranium.

What also tends to remain out of sight is the fact that many other countries in the world also possess far more advanced and extensive nuclear enrichment facilities than Iran, without raising any hysteria for Western governments. It also tends to be forgotten that, as a member of the Nuclear Non-Proliferation Treaty (NPT), Iran is entitled to peaceful nuclear technology, including full nuclear fuel cycle. The current Western double standards towards Iran, a country which has been in no material breach of its obligations under the NPT despite being subject to a series of disproportionate illegal punitive sanctions by the UN Security Council, and a country which has never launched any military attacks against any country in its modern history and has actually been a forgotten victim of weapons of mass-destruction by Saddam’s regime, cannot be justified on any legal or moral grounds.

On the other hand, the current mainstream Western media campaigns, including their reports of imminent Israeli military attacks on Iran, apart from their habituating and naturalizing effects, also have the effect of exonerating the Israeli regime itself and ignoring the genuine threat that it poses to regional peace and stability. Thanks to mainstream Western media campaigns and the political maneuvering of Israeli and Western political leaders, world attention has effectively been diverted from the more fundamental issues of the continued Israeli occupation of Palestine and its monopoly of nuclear weapons in the region.

It is indeed one of the greatest ironies of today’s world politics that a large arsenal of nuclear weapons in the hands of Israel, a country with an obvious record of military aggression against several of its neighbors and its refusal to subject its nuclear facilities to international monitoring and to join the NPT, has fallen into total oblivion while the threat of a non-existent nuclear weapons program by Iran has been blown out of proportions. Iran has been characterized as too unreliable and irresponsible to be allowed to possess peaceful civilian nuclear technology while Israel, a regime which has proven to be willing to unleash its entire military force to pound the whole civilian infrastructure of a neighboring country and murdering thousands of its people only for the capture of one or two of its border guards, a regime that has driven millions of Palestinians out of their homes, occupying their lands for more than half a century and virtually incarcerating in open-air prisons those who have dared to stay, has been permitted to build and maintain a large arsenal of nuclear weapons.

The logic of crippling economic sanctions is also as morally bankrupt as the logic of al-Qaeda and its likes. According to U.N. agencies, the crippling economic sanctions imposed by the U.S. on Iraq in the 1990s sent an estimated half a million Iraqi children to their graves. Imposing expanded crippling economic sanctions on Iran is expected to claim far more civilian tolls, if sustained over a long period. Inflicting economic hardships on civilians, including women and children, with the aim of changing the behavior of the Iranian government will have adverse effects by feeding into the official anti-imperialist discourse in Iran. It will also feed into more extremist ideologies in the region, legitimize terrorism against Western countries and fuel further anti-American sentiments in the Muslim world, thus creating more security challenges for the U.S. and other Western powers in the longer run.

Whatever the costs for U.S. national interests, American political leaders seem determined to outbid each other in projecting themselves as more loyal protectors of Israeli vested interests. It was in line with this fact that President Obama, in his recent State of the Union address, reiterated his ‘iron-clad commitment’ to the security of Israel, without even bothering to remember the natural rights of Palestinians to dignity and free life. Obama’s current strategy towards Iran contradicts his calls for change and his cautions against exaggerating the military threat of Iran in 2008 presidential campaigns as well as in the first year of his presidency, but it shows his capacity to quickly internalize one of the key laws of survival in the American political system by presenting himself as the most steadfast champion of Israeli interests.