Please tell me again … What is the war in Afghanistan about? 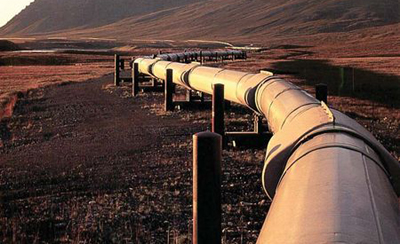 With the US war in Iraq supposedly having reached a good conclusion (or halfway decent … or better than nothing … or let’s get the hell out of here while some of us are still in one piece and there are some Iraqis we haven’t yet killed), the best and the brightest in our government and media turn their thoughts to what to do about Afghanistan. It appears that no one seems to remember, if they ever knew, that Afghanistan was not really about 9/11 or fighting terrorists (except the many the US has created by its invasion and occupation), but was about pipelines. 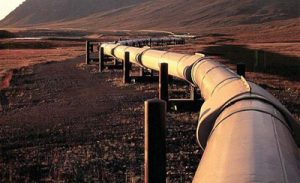 President Obama declared in August 2009: “But we must never forget this is not a war of choice. This is a war of necessity. Those who attacked America on 9/11 are plotting to do so again. If left unchecked, the Taliban insurgency will mean an even larger safe haven from which al Qaeda would plot to kill more Americans.”[1]

Never mind that out of the tens of thousands of people the United States and its NATO front have killed in Afghanistan not one has been identified as having had anything to do with the events of September 11, 2001.

Indeed, what actually was needed to plot to buy airline tickets and take flying lessons in the United States? A room with some chairs? What does “an even larger safe haven” mean? A larger room with more chairs? Perhaps a blackboard? Terrorists intent upon attacking the United States can meet almost anywhere, with Afghanistan probably being one of the worst places for them, given the American occupation.

The only “necessity” that drew the United States to Afghanistan was the desire to establish a military presence in this land that is next door to the Caspian Sea region of Central Asia — which reportedly contains the second largest proven reserves of petroleum and natural gas in the world — and build oil and gas pipelines from that region running through Afghanistan.

Afghanistan is well situated for oil and gas pipelines to serve much of south Asia, pipelines that can bypass those not-yet Washington clients, Iran and Russia. If only the Taliban would not attack the lines. Here’s Richard Boucher, US Assistant Secretary of State for South and Central Asian Affairs, in 2007: “One of our goals is to stabilize Afghanistan, so it can become a conduit and a hub between South and Central Asia so that energy can flow to the south.”[2]

Since the 1980s all kinds of pipelines have been planned for the area, only to be delayed or canceled by one military, financial or political problem or another. For example, the so-called TAPI pipeline (Turkmenistan-Afghanistan-Pakistan-India) had strong support from Washington, which was eager to block a competing pipeline that would bring gas to Pakistan and India from Iran. TAPI goes back to the late 1990s, when the Taliban government held talks with the California-based oil company Unocal Corporation. These talks were conducted with the full knowledge of the Clinton administration, and were undeterred by the extreme repression of Taliban society. Taliban officials even made trips to the United States for discussions.[3] Testifying before the House Subcommittee on Asia and the Pacific on February 12, 1998, Unocal representative John Maresca discussed the importance of the pipeline project and the increasing difficulties in dealing with the Taliban:

The region’s total oil reserves may well reach more than 60 billion barrels of oil. Some estimates are as high as 200 billion barrels … From the outset, we have made it clear that construction of the pipeline we have proposed across Afghanistan could not begin until a recognized government is in place that has the confidence of governments, leaders, and our company.

When those talks stalled in July, 2001 the Bush administration threatened the Taliban with military reprisals if the government did not go along with American demands. The talks finally broke down for good the following month, a month before 9/11.

The United States has been serious indeed about the Caspian Sea and Persian Gulf oil and gas areas. Through one war or another beginning with the Gulf War of 1990-1, the US has managed to establish military bases in Saudi Arabia, Kuwait, Bahrain, Qatar, Oman, Afghanistan, Pakistan, Uzbekistan, Tajikistan, Kyrgyzstan, and Kazakhstan.

The war against the Taliban can’t be “won” short of killing everyone in Afghanistan. The United States may well try again to negotiate some form of pipeline security with the Taliban, then get out, and declare “victory”. Barack Obama can surely deliver an eloquent victory speech from his teleprompter. It might even include the words “freedom” and “democracy”, but certainly not “pipeline”.

[1] Talk given by the president at Veterans of Foreign Wars convention, August 17, 2009

[3] See, for example, the December 17, 1997 article in the British newspaper, The Telegraph, “Oil barons court Taliban in Texas“. For further discussion of the TAPI pipeline and related issues, see this article by international petroleum engineer John Foster.