How to Make Russia Democratic? 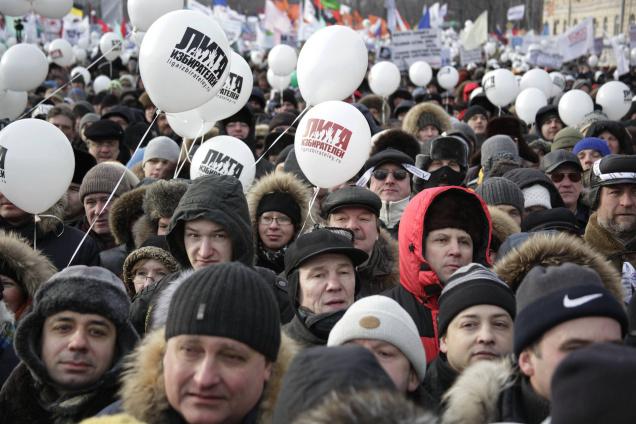 Without a broad coalition, effective pragmatism and collaboration with liberals in the ancien regime, the "White Revolution" will end as miserably as earlier Russian democratization attempts

Russia’s relationship to democracy has been historically closer than some people, both in and outside of Russia, assume. As early as December of 1825, Tsarist Russia experienced an abortive palace revolution by a group of idealistic, young, liberal aristocrats who were later called “the Decembrists.” Had the Decembrists been successful, their planned abolition of the autocracy would most probably have brought Russia in line with general European developments that were happening in the mid-19th century. In 1905-1918 and 1987-1999, Russia came again close to joining the international community of liberal, democratic and law-based states. To be sure, the democrats, at these occasions, succeeded in overthrowing the old monocratic regimes. Yet what followed their partial victories was not democracy, but new forms of authoritarian rule which heavily abused democratic rhetoric—Lenin’s “Soviet democracy” and Putin’s “sovereign democracy.” 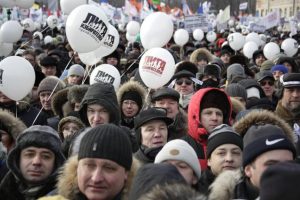 Why is Russia not yet a democracy, and what can today’s Decembrists, i.e. the protesters of December 2011, learn from their predecessors’ earlier errors? At least, with regard to Russia’s last democratization attempt that started around 1987, one lesson should be clear: Russian democracy cannot materialize as long as Russia’s various liberal groups and factions keep criticizing each other almost as much as they do with regard to their authoritarian enemies. Rather than uniting against a common foe, the liberals, during the 1990s, spent much of their time and energy arguing who is smarter, more liberal, less corrupt, better educated, best able to lead etc.

As it looks now, the current democratization attempt may fail because of the same paradoxes that hampered similar drives before: Russia’s democratic movement is not too small, but too multifarious. It has too many rather than too few parties, leaders and factions. Its activists are too proud, too full of themselves and too intellectual to unite with each other across the democratic spectrum for a real fight for political power.

Instead, we see again a proliferation of options, organizations, leaders, programs, etc.—much like in the 1990s. That was the time when Grigory Yavlinski became infamous for his pseudo-politics: always high on ethics and analysis, but never of much consequence. Like Yavlinsky back then, many of today’s liberals think that being a politician means making many moralistic announcements, having one’s own little party, posing as a chairperson of some organization, getting as much Western exposure as possible, being interviewed by many international journalists, etc. In short, many Russian democrats seem to mistake public activity, civic action and media buzz for politics proper. Were they real politicians, they should be far busier with different kind of activities: creating coalitions, seeking political partners, building regional organizations, and reaching for suitable contacts in the authoritarian regime. In short, they should be preparing to take over power instead of being engaged in endless self-promotion, sometimes, at the expense of their ideologically close colleagues.

What can political science add to the general perception about the unsuitable culture in the Russian democratic movement? The non-cooperative attitude of some Russian democrats is particularly problematic because of a lack of effective political space for them, and because of their need to find allies in the authoritarian regime—in order to overcome it. What does that mean?

First, political space in Russia is limited. The liberal-democratic spectrum (not to be mixed with Zhirinovskii’s misnamed LDPR) faces three significant anti-liberal camps: the authoritarian conservatives of the current regime, the nationalistic communists from the past, and the new ultra-nationalist right-wing movement. This means that the effective Russian political spectrum already consists of not less than four relevant camps. In a normal democracy, that would result in a four-party system. However, in the Russian case, only the authoritarian and communist camps are more or less consolidated through “United Russia” and the CPRF (with “Just Russia” being a young and hybrid phenomenon which is difficult to classify). In contrast, the democrats and—fortunately for Russia and the world—ultra-nationalists are divided into a multitude of groups and grouplets who are busy with quarrels amongst each other. In sum, the already relatively high fragmentation of the Russia’s full political spectrum means: there is currently the opportunity for one and only one liberal Russian party or bloc to be politically successful. Russian liberals should create such a unified umbrella organization and throw their full support behind it.

One suspects, to be sure, that there might be also the potential for a social-democratic party in Russia. One day, there could be thus a left-liberal, i.e. social-democratic, on the one side, and a right-liberal, e.g. Christian-democratic, party, on the other. There could be also potential for a purely liberal party similar to the German FDP or British LibDems—both very different from the Russian LDPR, and somewhat distinct from each other. Perhaps in the future there might even be an important Russian Green party. But, at the current moment, there is only room for one party or coalition of parties within the politically liberal section of Russia’s ideological spectrum. Equally, there is not enough electorate to provide substantive support for more than one politically liberal presidential candidate. Each new party and each new presidential candidate with liberal aspirations adds thus to the weakness of Russian liberalism, and not to its strength. What the democrats need are not more parties, leaders or programs, but to unite or, at least, cooperation, alliances, and coalitions as well as, sometimes, subordination and discipline. If the Russian liberals continue the culture of the 1990s, they will remain, what is in Russia called, “politikany”—amateur-politicians, and Russia will remain an authoritarian country.

Second, historically, transitions to democracy have happened when the moderate within a rising anti-authoritarian social movement were able to link with, and generate support from, the reformist wing of the old regime. For instance, in late Soviet Russia, it needed an alliance of reformers in the communist party leadership, including Mikhail Gorbachev, Alexander Yakovlev and others, on the one side, with the informal, democratic movement, outside the existing structures, to produce the proto-democracy of the 1990s. This implies for today that internal unity is not enough for the Russian liberal movement. It also needs to seek and find allies inside the state apparatus, including the highest echelons of power. Without such an alliance, the most likely outcome of the current protests will be either the survival of the current regime, perhaps, with some modifications, or its replacement with another authoritarian regime, as happened in 1917.

Cooperation with representatives of the current status quo is, of course, a complicated issue—at least, within the context of the specific culture of Russia’s liberal milieu. Both, the December demonstrators and the liberal party leaders like to proceed from a “purist” position: no collaboration with anybody tainted with, or even suspected of, cooperating with the current authorities, on the federal level. While such purism may look principled and consistent, it is not pragmatic and represents an ultimately anti-political attitude. The purpose of political activity is the acquisition of positions in the state, and use of this power to change, in one way or another, people’s life. Politics is not only about the defense of ethical principles and exposure of consistent behavior. The success of politicians is measured by what the eventually achieve—and not how they behave and what they promise. Politicians in supposedly democratic Western society’s display, on an almost daily basis, quite a lot of opportunism in order to, first, gain power and, then, be able to exert some impact on society by way of adopting laws and implementing them through broad coalitions. Without some flexibility nothing may actually happen. To be opportunistic is not something that politicians should be afraid of.

The liberals’ refusal to look for partners in the regime might have to do less with the specifics of the authoritarian regime in Russia and more with particular, decades-old pathologies of Russian intelligentsia culture. Russia’s democrats’ pickiness looks odd in view of some of their previous alliances. Various liberal groups have earlier had no quarrels to cooperate, for instance during the December protests, with such dubious ultra-nationalists as Eduard Limonov or Vladlen Kralin (a.k.a. “Vladimir Tor”). Why, against such a background, the liberals are so adamant to avoid any relationship with reform-minded representatives of the regime constitutes, for an outside observer, a mystery. The lesson from both Russia’s own past and relevant international experience is quite clear: without an effective alliance between the moderates of the protest movement, on the one side, and the reformers in the old regime, on the other, there will be no democratization.

One can only hope that, finally, Russia’s liberals can emancipate themselves from the “Yavlinsky Syndrome,” and from some defects of the intelligentsia culture that have hampered the Russian democratic movement for almost 150 years now. Russian liberalism will have to transform itself from a merely intellectual and civic movement into a properly political one. Who is in the liberal-democratic camp and who is out should be determined by the political views, record and relevance of a person, and not by personal animosities and anti-political maximalism. The broader the democratic movement will be and the deeper it can penetrate into the state, the larger will be the chance for success of political liberalism. It would be odd to observe during the coming months and years yet another replay of the pseudo-politics of which previous generations of Russian democrats have been so fond of.

Another version of this article appeared in “Le Monde diplomatique”.