Preparing Minds for an Israeli Attack on Iran 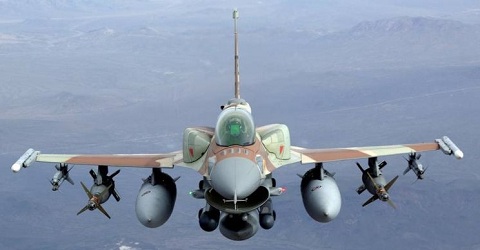 Bergman concludes by ominously declaring that “these coming months are indeed the last opportunity to attack before Iran enters the ‘immunity zone’”, meaning the point in time when Iran’s  program had developed so far that “an attack could not derail the nuclear project”, and stating that there is a “broad international agreement on Iran’s intentions”. Bergman doesn’t explicitly state what those intentions are, but at this point the only conclusion one could reasonably draw would be that he means an intention to build a nuclear bomb, and possibly to use it on Israel. He closes by writing “I have come to believe that Israel will indeed strike Iran in 2012”, with any such decision being rooted in the desire of Israelis “to survive” and to “defend themselves.”

Through his omissions and distortions, Bergman leaves his readers with the impression that Iran has threatened Israel with destruction, is very near to acquiring a nuclear weapon, and will pose a threat to Israel’s very existence when—not if—it does so. The truth is that Iran has not threatened to attack Israel, but Israel, as Bergman discusses at length, is rather threatening to attack Iran and, indeed, already has been engaging in acts of terrorism inside the Islamic Republic. The truth is that there is no evidence that Iran has a nuclear weapons program, but that if it did decide to acquire a “break out” capability or to actively try to assemble a bomb, it would be a direct response to the military threats from the U.S. and Israel in order to deter any such illegal acts of aggression.

If the U.S. and Israel are truly interested in preventing war in the Middle East, the most simple and obvious course of action would be simply to stop threatening and engaging in violence. But propagandists like Bergman and mainstream corporate media outlets like America’s “newspaper of record” willfully blind themselves to that stark reality.

[11] Report by the Director General, “Implementation of the NPT Safeguards Agreement and relevant provisions of Security Council resolutions in the Islamic Republic of Iran,” November 8, 2011 (GOV/2011/65), http://www.iaea.org/Publications/Documents/Board/2011/gov2011-65.pdf.