Turning Back From the Point of No Return 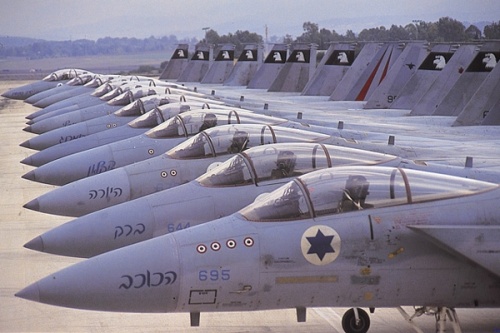 Implications of the Threat to Bomb Iran

The drums for war on Iran have been banging louder than ever lately, with a spate of articles by political commentators either directly encouraging the bombing of the Islamic Republic or otherwise offering a narrative in which this is effectively portrayed as the only option to prevent Iran from waging a nuclear holocaust against Israel. A prominent example of the latter is Jeffrey Goldberg’s article last month in the Atlantic magazine, “The Point of No Return”.[1] Goldberg’s lengthy piece essentially boils down to this: Iran’s pursuit of nuclear weapons poses an existential threat to Israel’s existence comparable to the Nazi Holocaust, and although the U.S. recognizes this threat, the Obama administration is weak, so Israel will have no choice but to act alone in bombing Iran to ensure its own survival. 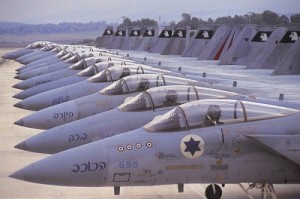 It’s impossible to challenge the evidence Goldberg offers to support the foundational premise of his article, for one simple reason: he doesn’t present any. That Iran has a nuclear weapons program is simply an article of faith. As was the case with regard to false claims of Iraq’s possession of weapons of mass destruction (WMD), it’s enough to presume this to be true without – or contrary to – any evidence.

The assumption in this case is contrary to a 2007 U.S. National Intelligence Estimate (NIE) that assessed that Iran had halted its alleged nuclear weapons program in 2003, an assessment the intelligence community has stood by.[2] But the International Atomic Energy Agency (IAEA), the international nuclear watchdog, which is actively monitoring Iran’s program, disputes the U.S. claim that Iran had a nuclear weapons program in the past. In September 2009, the IAEA issued the statement: “the IAEA reiterates that it has no concrete proof that there is or has been a nuclear weapon programme in Iran.”[3] The former Secretary General of the IAEA, Mohammed ElBaradei, repeatedly said there was no evidence Iran has a weapons program, and when his replacement, Yukiya Amano, was asked “whether he believed Tehran was seeking nuclear weapons capability”, he replied, “I don’t see any evidence in IAEA documents about this”.[4] And there is broad agreement among analysts that if Iran wanted to produce a nuclear weapon, assuming it actually had the technological capacity to do so, it would first have to kick out the IAEA inspectors.[5] Moreover, that Iran has the capability is a fairly dubious assumption. As Goldberg himself writes, “Gary Samore, the National Security Council official who oversees the [Obama] administration’s counterproliferation agenda, told me that the Israelis agree with American assessments that Iran’s uranium-enrichment program is plagued with problems. ‘The most essential measure of nuclear-weapons capability is how quickly they can build weapons-grade material, and from that standpoint we can measure, based on the IAEA reports, that the Iranians are not doing well,’ Samore said.” Goldberg confirmed with a senior Israeli official that they “agree with this American assessment”.

Perhaps one reason Goldberg feels no obligation to present any evidence to support the premise that Iran is seeking the bomb is because he feels that claims that Iran has openly declared its intention to threaten Israel with a nuclear attack are sufficient to demonstrate the point. It’s virtually obligatory for government officials and the media, when broaching the subject, to suggest that Iran is pursuing a nuclear weapon in the same breath as they claim that Iranian President Mahmoud Ahmadinejad has “threatened” to “wipe Israel off the map”. To cite just a few examples, then Under Secretary of State for Political Affairs R. Nicholas Burns said, “Given the radical nature of Iran under Ahmadinejad and its stated wish to wipe Israel off the map of the world, it is entirely unconvincing that we could or should live with a nuclear Iran.”[6] President George W. Bush took it further and drew the connection more explicitly, falsely claiming that the Iranian government had “declared they want to have a nuclear weapon to destroy people”.[7]

Goldberg doesn’t stray from the formula. He fits in the claim by quoting French President Nicolas Sarkozy, who said that “proposals for dialogue” with Iran have brought nothing but “More uranium enrichment and declarations by the leaders of Iran to wipe a UN member state off the map”. He also includes a lengthy discussion about how Israeli Prime Minister Benjamin Netanyahu’s worldview was shaped by his father, Ben-Zion Netanyahu, who cites “threats” by Israel’s enemies “depicting its upcoming destruction”. From statements of Iranian leaders, “One is supposed to conclude from this that the Jews of the Land of Israel will be annihilated”, said the senior Netanyahu. His son, writes Goldberg, “frames the crisis in nearly the same world-historical terms as his father. ‘Iran has threatened to annihilate a state,’ Netanyahu told me.'”

The “wipe Israel off the map” quote ostensibly comes from a speech Ahmadinejad gave on October 26, 2005, the relevant context of which is obligatorily removed from the reference when reported in the Western media. Notably, it was a speech about the need for oppressive regimes to come to an end. Ahmadinejad noted that “An environment of terror existed” in Iran under the U.S.-supported regime of the Shah, and that Ayatollah Ruhollah Khomeini, the founder of the Iranian revolution, “said that the regime must be removed”. Ahmadinejad also quoted Khomeini saying that “The rule of the East [USSR] and the West [U.S.] should be ended”, and added “Nobody believed that we would one day witness the collapse of the Eastern Imperialism”, but that “in our short lifetime we have witnessed how this regime collapsed”. Khomeini also had “said Saddam [Hussein] must go”, Ahmadinejad noted, and, referring to the Israeli-Palestinian conflict, “that the occupying regime must be wiped off the map.”[8]

At least, that is how the New York Times translated the sentence. According to the Middle East Media Research Institute (MEMRI), Ahmadinejad stated, “Imam [Khomeini] said: ‘This regime that is occupying Qods [Jerusalem] must be eliminated from the pages of history.'”[9] Juan Cole, a professor of history at the University of Michigan and Middle East expert, agreed. He wrote that “The phrase he then used as I read it is ‘The Imam said that this regime occupying Jerusalem (een rezhim-e ishghalgar-e qods) must [vanish from] from the page of time (bayad az safheh-ye ruzgar mahv shaved).’ [sic] Ahmadinejad was not making a threat, he was quoting a saying of Khomeini and urging that pro-Palestinian activists in Iran not give up hope – that the occupation of Jerusalem was no more a continued inevitability than had been the hegemony of the Shah’s government. Whatever this quotation from a decades-old speech of Khomeini may have meant, Ahmadinejad did not say that ‘Israel must be wiped off the map’ with the implication that phrase has of Nazi-style extermination of a people.”[10] Jonathan Steele similarly observed in the Guardian that the “wiped off the map” words “are wrong, pure and simple. Ahmadinejad never said them. Farsi speakers have pointed out that he was mistranslated. The Iranian president was quoting an ancient statement by Iran’s first Islamic leader, the late Ayatollah Khomeini, that ‘this regime occupying Jerusalem must vanish from the page of time’ just as the Shah’s regime in Iran had vanished. He was not making a military threat. He was calling for an end to the occupation of Jerusalem at some point in the future…. There was no implication that either Khomeini, when he first made the statement, or Ahmadinejad, in repeating it, felt it was imminent, or that Iran would be involved in bringing it about. But the propaganda damage was done, and western hawks bracket the Iranian president with Hitler as though he wants to exterminate Jews.”[11]

The response from media organizations that clung to the out-of-context “wiped off the map” mistranslation was instructive. The BBC acknowledged that “there is no direct translation into English of the Farsi phrase used by Mahmoud Ahmadinejad” while insisting on the appropriateness of using “wiped off the map” anyway.[12] The New York Times quoted Juan Cole pointing out that “Ahmadinejad did not say he was going to wipe Israel off the map because no such idiom exists in Persian”, and also cited Jonathan Steele’s Guardian column. The Times acknowledged that Ahmadinejad said “‘occupying regime of Jerusalem’ rather than ‘Israel'”, that “‘Safheh roozgar,’ means pages of time or history”, and that “it is true that he [Ahmadinejad] has never specifically threatened war against Israel.” The Times then remarkably concluded by insisting that its use of “wiped off the map” is accurate and suggesting that Ahmadinejad’s words were quite possibly “a call for war”.[13]