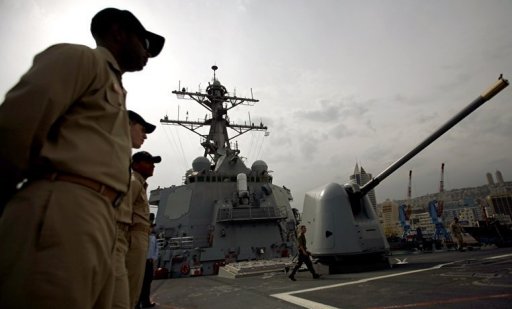 Since my January 11 column and the news alert posted on January 14, more confirmation that Washington is moving the world toward a dangerous war has appeared.  The Obama regime is using its Ministry of Propaganda, a.k.a., the American media, to spread the story that President Obama, Pentagon chief Panetta, and other high US officials are delivering strong warnings to Israel not to attack Iran. 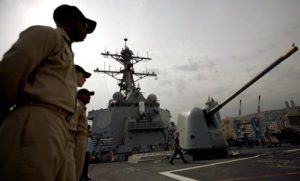 For someone as familiar with Washington as I am, I recognize these reports for what they are.  They are Br’er Rabbit telling Br’er Fox “please don’t throw me in the briar patch.”

If you don’t know the Uncle Remus stories, you have missed a lot. Br’er Rabbit was born and raised in the briar patch.

What these “leaked” stories of Washington’s warnings and protests to Israel are all about is to avoid Washington’s responsibility for the war Washington has prepared. If the war gets out of hand, and if Russia and China intervene or nukes start flying, Washington wants the blame to rest on Israel, and Israel seems willing to accept the blame. Nikolai Patrushev, who heads Russia’s Security Council, has apparently been deceived by Washington’s manipulation of the media. According to the Interfax news agency, Patrushev condemned Israel for pushing the US towards war with Iran.

You get the picture. The helpless Americans.  They are being bullied by Israel into acquiescing to a dangerous war. Otherwise, no more campaign contributions.

The facts are different. If Washington did not want war with Iran it would not have provided the necessary weapons to Israel. It would not have deployed thousands of US troops to Israel, with a view toward the American soldiers being killed in an Iranian response to Israel’s attack, thus “forcing” the US to enter the war. Washington would not have built a missile defense system for Israel and would not be conducting joint exercises with the Israeli military to make sure it works.

If Washington did not want Israel to start the war, Washington would inform the Israeli government in no uncertain words that an Israeli strike on Iran means that the US will NOT veto the UN’s denunciation of Israel and the sanctions that would be placed on Israel as a war criminal state. Washington would tell Israel that it is good-bye to the billions of dollars that the bilked American taxpayers, foreclosed from their homes by fraudulent mortgages and from jobs by offshoring, hand over by compulsion to Israel to support Israel’s crimes against humanity.

But, of course, Washington won’t prevent the war that it so fervently desires.

Neither will Washington’s NATO puppets. “Great” Britain does as it is told, subservient and occupied Germany, bankrupt France, Italy occupied with US air bases with a government infiltrated by the CIA, bankrupt Spain, and Greece will all, in hopes of an outpouring of US dollars and devoid of any dignity or honor, support the new war that could end life on earth.

Only Russia and China can prevent the war.

Russia took the first step when the newly appointed Deputy Prime Minister for military affairs, Demitry Rogozin told a press conference in Brussels that Russia would regard an attack on Iran as “a direct threat to our security.”

Washington is counting on subverting Russia’s opposition to Washington’s next war. Washington can time the attack on Iran right after the March elections in Russia.  When Putin wins again, the treasonous Russian opposition parties, financed by the CIA, will unleash protests in the streets. The subservient and utterly corrupt Western media will denounce Putin for stealing the election. The orchestrated protests in Russia will turn violent and discredit, if not prevent, any Russian response to the naked aggression against Iran.

For Rogozin’s warning to be effective in preventing war, China needs to enter the fray. Washington is banking on China’s caution. China deliberates and never rushes into anything. China’s deliberation will serve Washington’s war.

It is possible that the crazed neocon Washington government will have one more “victory” before Russia and China comprehend that they are next on the extermination list. As this date cannot be far off, life on earth might expire before the unpayable debts of US and EU countries come due.

This article was originally published at PaulCraigRoberts.org and has been used with permission.