In a recent speech at the Harvard Law School, John Brennan, President Obama’s chief advisor on counterterrorism and homeland security, boldly declared: “I’ve developed a profound appreciation for the role that our values, especially the rule of law, play in keeping our country safe.”  The most notable feature of the remarks that followed was the legal rationalization put forth for targeting killing of civilian terrorist suspects distant from ‘the hot battlefield’ even if not engaged in activities that could be reasonably viewed as posing an imminent threat to security of the United States. 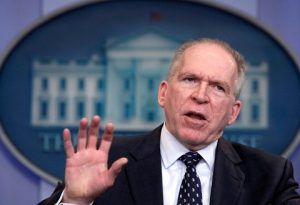 In effect, post-9/11 American ideas of self-defense incorporate by stealth the Bush Doctrine of preemptive war used to justify aggression against Iraq in 2003, which had seemed discredited in international until quietly revived by the Obama presidency. The entire world is treated as part of the operational battlefield in the so-called ‘long war,’ and civilians, such as the religious ideologue Anwar al-Awlaki, killed on September 30, 2011 in a remote region of Yemen as if he was a soldier at war. This purported legalization of drone attacks carried out in foreign countries represents a unilateral extension of international law, as well as establishes a precedent that would not be tolerated if claimed by any country hostile to the United States. Involved here is the de facto amendment of the right of self-defense in a manner inconsistent with both the understanding embedded in Articles 2(4) and 51 of the UN Charter and of contemporary international law as interpreted by a majority in the International Court of Justice in the Nicaragua case decided in 1986. The United States now sets the new rules that override the old rules, and then limits their availability to others by restrictions based on geopolitical criteria of ‘friend’ and ‘enemy.’

All that Brennan offered in support of such an imperial claim was the assurance that the United States is careful in the execution of these attacks, seeking to minimize the risk of mistaken identity and taking steps to ensure that the attacks take place in situations where the risks of unintended ‘collateral damage’ are reduced to the minimum. The credibility of this reassurance is insulated from inquiry by secrecy, a total lack of transparency that is supposedly justified by the need to protect intelligence sources. There is also no independent post-attack independent inquiry as to whether the targeted individual might have captured rather than executed, whether there existed a sufficient threat of involvement in dangerous activities to warrant such an attack, whether the government of the country involved gave its consent voluntarily, and whether there is or should be accountability for errors. Such a procedure can only be understood as an effort to establish a system of imperial global governance in relation to the use of force.  If this constitutes the way American ‘values’ deploy ‘the rule of law’ it would seem to reflect the most cynical reliance on ‘law’ as propaganda, while at the same time discarding the proper role of law as a constraint on violence. It is also relevant that the unusual amount of attention given to the al-Awlaki execution results from his American citizenship, which implies the regressive understanding of law that there are no grounds for a serious American concern if the target is non-American regardless of the innocence of the person or the fact that he or she is being killed in their homeland and citizenship. Such a world we are making for ourselves and others.

In March of 2011, in a spirited address to the American Society of International Law, Harold Koh, Legal Advisor to the Secretary of State, also spoke glowingly about the commitment of the United States during the Obama presidency of “living our values by respecting the role of law.” He went on to explain that this mean “following universal standards, not double standards.”

These legalist sentiments were deemed by Koh to be so central to his argument as to be printed in bold lettering for emphasis.

What should strike any reasonably objective person is the crude hypocrisy of an American government official rejecting double standards while simultaneously engaging in political gymnastics to avoid acknowledging the unlawfulness of Israel’s behavior: the United States stands practically alone in the world in refusing to condemn Israeli settlements in occupied Palestine, in denying Palestinian statehood at the UN, in endorsing the collective punishment inflicted on the civilian population of Gaza for more than four years; in repudiating the recommendations of the Goldstone Report. Indeed, U.S. foreign policy toward Israel is the most glaring and punitive instance of double standards with respect to international law that exists in the world today.  But it is far from the only example. Other prominent instances exist in many crucial domains of global policy: as with the nuclear weapons states that maintain arsenals of weapons without accepting restrictions on their use and non-nuclear pariah states that under the geopolitically managed NPT regime are threatened with military attack for supposedly seeking such weapons; as with the identity of those political leaders and military commanders who are prosecuted for international crimes and those who enjoy a condition of de facto impunity; and as to states that could be invaded by reliance on the norm of ‘responsibility to protect’ and those against which such action is inconceivable however much the territorial population is confronted by dire threats to its wellbeing and survival.

I am less shocked by the behavior of the United States, which reflects its grand strategy, than by this insistence on stretching the meaning of the most fundamental legal rules and principles to satisfy foreign policy priorities.

For esteemed international law figures such as Harold Koh, formerly a distinguished human rights scholar and dean of the Yale Law School, to make such bold assertions about the post-9/11 law, validating drone warfare, without even bothering to acknowledge doubts as to the wisdom and acceptability of such a course is to embrace jurisprudential nihilism in two senses—first, by undermining the authority of international law by showing that it can always be extended unilaterally to serve the interests of the powerful, and operates otherwise to discipline weak states; and secondly, by creating a precedent that will not be honored as ‘law’ if invoked by others—witness the hysterical reaction to the shaky claim that Iran was plotting the assassination of the Saudi Arabian ambassador to the United States. What is sauce for the geopolitical goose seems to be poison for the pariah gander!

There are respectable reasons to suggest that international law of war and peace that has evolved over the centuries to deal with conflict among states, and as such needs to be revised to take account of non-state actors and networks, as well as in response to the global horizoning of many interactions in the world of the 21st century. But there are no respectable reasons to contend that dominant states can exercise a military option wherever they choose, and then have the temerity to call this behavior ‘lawful.’

Michael Rosen, an ideological apologist for the executions of Osama Bin Laden and Al-Awlaki, writing in The American, the magazine published by the American Enterprise Institute (the right-wing think tank) put his support for drone military activity this way: “But in the civilized world … increasingly … targeted by Islamist terror, we must continue to return fire by robustly targeting the terror masters.” At least such an assertion does not pretend to provide an international law justification, although it does stretch the U.S. Congress’s 2001 Authorization of the Use of Military Force, designed to reach those involved in the 9/11 attacks, to validate the execution Al-Awlaki, who has never been accused of having any relationship to 9/11. It also most unacceptably sets up this long repudiated moral contrast between ‘the civilized world’ and the rest that has so often in modern times been used to justify violence by the West against the non-West. I had hoped that the collapse of colonialism would have at least discouraged the use of such a tasteless rhetoric of comparison.

There is a final point. Living in a region that is subject to drone attacks as in the tribal areas of Waziristan is terrifying for the population as a whole. This ill-defined vulnerability helps explain the severe hostility to the United States that exists among the Pakistani people and led to a unanimous resolution adopted on May 14, 2011 by the Pakistan parliament demanding that the executive branch uphold Pakistan’s sovereignty by disallowing any future drone strikes on its territory, and if they continue to cut off NATO supplies destined for the Afghanistan War. Supporters of the resolution have sought implementation through the courts, and a Lahore judge has ordered Pakistan foreign minister to submit detailed responses to issues raised. It is one thing to assess the reasonableness and proportionality of a targeted killing, including by reference to collateral damage by reference to the person(s) targeted, but such an appraisal fails to take any account of the more pervasive and inevitable collateral damage caused by producing intense insecurity on the part of an utterly defenseless civilian population as a whole.  As far as I have seen this latter dimension of state terror associated with these new modalities of surveillance, intelligence operations, and robotic militarism never considers the psychological harm being done to the people of the targeted country. This raises issues bearing on the right to life as a fundamental right of all persons under international human rights law.