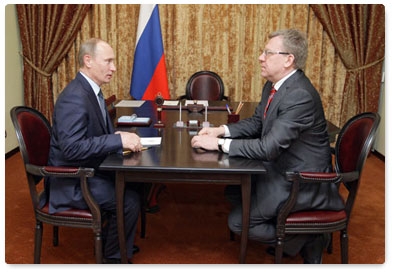 Moscow is pushing a ten-year military modernization program that will cost Russia about 22 trillion rubles (US$683 billion).  The program aims to replace eighty percent of Russia’s largely Soviet-era weaponry by 2020.  Almost two trillion rubles (US$62 billion), or about nineteen percent of Russia’s budget, was allocated to the military reform effort this year alone. 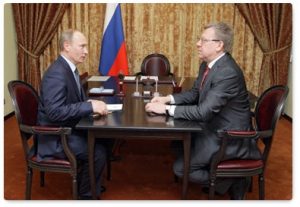 Following Kudrin’s dismissal, and in an effort to underscore the ruling tandem’s determination to push forward with Russia’s costly reform program, President Medvedev visited the Center-2011 strategic military exercises in Chelyabinsk and stated, “We cannot avoid [heavy] defense spending worthy of the Russian Federation, which is not some ‘banana republic’ but a very large country, a permanent member of the UN Security Council that possesses nuclear weapons.”

In highlighting Russia’s grandeur to a crowd of military staff nonetheless, it is intriguing that Medvedev failed to also mention Russia’s conventional forces as a bedrock of Russia’s global power status.  But this is not surprising given that nuclear weapons are the main pillar to maintaining Russia’s real and perceived status and security, and thus are a key component of Russia’s ongoing reform program.

Foremost, Moscow plans to spend on Russia’s RS-24 intercontinental ballistic missile and the so far troubled Bulava submarine-launched ballistic missile, both publicized as possessing capabilities resistant to the U.S. and NATO missile defense systems.  Indeed, according to official data, the share of modern equipment in Russia’s strategic nuclear forces is already about twenty percent, whereas in its conventional forces it does not exceed ten percent.

Kudrin’s defense spending concerns, however, may prove well-founded.  At a time when Russian military spending is soaring, worldwide fears of a new global economic downturn has led to important capital outflows from emerging markets like Russia.  A new recession would drive oil prices down along with both Moscow’s budget and an already sinking Russian ruble.  Notwithstanding gray horizons, the Kremlin insists on advancing with its costly military modernization program.

Being that revenue from duties on energy sales account for about fifty percent of Moscow’s federal revenues, and considering that a US$125 per barrel price is required for a balanced Russian budget, a dive in world oil prices could temper Moscow’s vice for defense spending.  Indeed, if Moscow’s spending trends continue, the Kremlin will require a higher priced oil barrel next year to balance its budget, and may even need to tap into the stabilization funds Kudrin created to cushion the adverse shocks of a global contraction.

Nevertheless, as Russia has long done, if confronted with budgetary constraints, Putin will choose to continue basing Russia’s defense “on the cheap,” by sacrificing spending on his country’s conventional forces in favor of modernizing its nuclear arsenal.

Not surprisingly, however, Putin is keeping his long-time friend Kudrin close, at the very least as a means to reassure investors.  Having provided the economy a stable, predictable hand for eleven years as finance minister, and much admired for his reign on fiscal spending, Kudrin will remain in charge of the National Banking Council, a consultative body of the Central Bank.  Kudrin is likely to be promoted to Chairman of the Bank next year under a new Putin presidency.

But as the global economy flounders, Putin’s need for Kudrin’s steady hand will grow.  Though economics is an area Putin has little skill or interest in, a stable economy and the security it has provided Russians over the past decade has been key to legitimizing Putin’s reign.  Indeed, it is entirely plausible that, in an effort to stabilize the Russian economy as he did after the 1998 default, Kudrin eventually return to the helm of the Finance Ministry or even be appointed Prime Minister under Putin –a tandem Kudrin has long vied for.

If Medvedev has been Putin’s reformer, Kudrin could emerge as his savior, particularly if a new global downturn were to erode Putin’s authority in the eyes of his citizenry.  In turn, as the next Prime Minister under a new Putin presidency, Medvedev is likely to be the scapegoat of the unpopular domestic reforms needed to keep Russia afloat.

A Kudrin comeback, however, is unlikely to see a notable reduction in Russian defense spending.  If last week’s Kudrin-Medvedev imbroglio is indicative, Putin is likely to push back against efforts to contain his costly vice for nuclear modernization because nuclear weapons are too important to Russia’s global power status and to challenging U.S. and NATO missile defense systems.  If Kudrin can accept this, Putin will welcome him back with open arms. 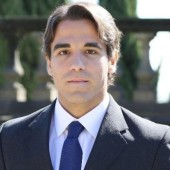