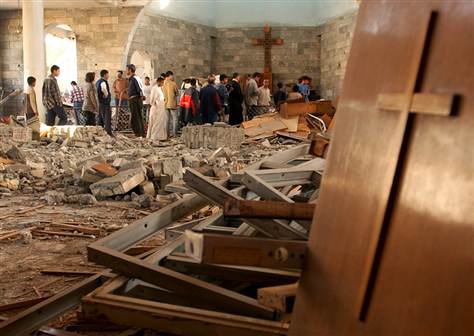 Therefore, the current structure of the Iraqi constitution is worrisome because the three main articles (and several other articles) are in conflict with each other. Khan illustrates these contradictions by arguing that “if the constitution considers Islam and Democracy compatible than A and C are redundant. If Islam and Democracy are not considered compatible, then A and B are contradictory and so are provisions A and C” (Khan 2007, 7). Additionally, Article 14 (guaranteeing religious and gender equality) can contradict Article 2.1 A (Islam) depending on the given interpretation of Islam (Khan 2007, 7). In other words, the relative freedom of Iraqis is based on an unspecified interpretation of Islam that leaves much to be desired in this important document.

However, this does not mean that Islam and democracy are incompatible or should not both be a part of the constitution; simply, that the constitution needs to enumerate the equal rights of all Iraqi citizens. Stepan’s concept of “twin toleration” offers an option for blending the lines between state and religion. He defines ‘twin toleration’ as:

A sufficient degree of autonomy from religion for democracy not to be constrained by theocrats, and a sufficient degree of autonomy of religion from the state for religious citizens and organizations to exercise their religious rights and their rights of expression, not only in their places of worship, but in civil and political society as well (5).

Additionally, the U.S. should “support religious freedom in majority communities…[and] protect religious minorities” (Bryson 2009, 33). This latter point is vital for dealing with the dynamics of Iraq’s various ethnic and religious groups. Iraq’s dwindling Christian population has suffered, and continues to suffer, as a result of the uneven treatment that was given to aid organizations at the onset of the U.S. invasion as well as the careless rhetoric that ignited a fierce but understandable backlash from Iraq’s Muslim population.

As the most ethnically diverse country in the Arab world (Rayburn 2006), Iraq has issues with its religious minorities. Rabb claims that the “particular challenge to most modern Muslim countries had to do with the treatment of religious minorities” (2007, 8). She emphasizes modern Muslim countries because Islam, historically, has been accepting of different faiths, as the millet system showed, but accepting is not the same as equal rights (Rabb 2007, 8). Non-Muslims (specifically Christians and Jews) were allowed to practice their faiths in peace but were not extended equal rights as citizens under the law (Rabb 2007). Because of Iraq’s history of accepting diversity it is imperative and plausible that a constitution fully adapts from the millet system to not only the tolerance of, but the acceptance of, all members of society.

Since 2003, there has been a lack of acceptance of the pluralism that has historically existed in Iraq. Both external and internal factors have exacerbated ethnic and religious cleavages in a society that was relatively tolerant of its diversity. Externally, faith-based aid groups were given preferential treatment by the U.S. government following the invasion. I assert that this is a primary cause for the subsequent violence against Iraq’s Christian minority. Religious divisions were solidified through the politics of proselytizing, preferential treatment, and what appeared to be a ‘Christianity versus Islam’ narrative. Internally, the Iraqi constitution is contradictory, vaguely written – leading to confusion about the equal rights of all members of Iraqi society – and needs to be re-written. As Kurrild-Klitgaard states, “democracy alone will not solve the problems, and in fact democracy all alone – without any further, deeper institutional reforms – may very well produce the worst of all outcomes” (2004, 18).

This paper builds on the relevant literature regarding the importance of pluralism, the disadvantages to faith-based aid, and the importance of a truly representative constitution. While the factors mentioned here are not the sole sources of turmoil in Iraq, I argue that these mistakes could have been avoided. This paper explores serious obstacles, both external and internal, to the acceptance and support of pluralism in Iraq. It therefore suggests specific ways that aid policy and constitutional reform can help to create a stable country with the possibility of a peaceful future.

I am grateful to Professor Cecelia Lynch for her incredible support and patience for the duration of this project; without her guidance and enthusiasm this paper would not have been possible.

[1]Pluralism, for our purposes, refers to the existence of a variety of religious and ethnic groups.

[2] The height of the Ottoman Empire, commonly viewed as the16th century, was the period that included the brutal conquest of the Americas, bloody religious wars in Europe and forced religious conversions and persecution under the Spanish Inquisition.

[4] This shift in power coincided with the 1960s pan-Arab nationalist movement that began with Gamal Abdel Nasser in Egypt and swept secular nationalism across the Middle East; making Iraq a “contested zone of Arab nationalist and cold war politics” (Ismael and Ismael 2005, 611).

[5] Several ‘codes of conduct’ include “Towards Common Witness: A call to adopt responsible relationships in mission and to renounce proselytism” and “The Cape Town Commitment: A Confession of Faith and a Call to Action”.

[6] There are groups like The NGO Coordination Committee for Iraq, The National Democratic Institute, and The International Republican Institute that claim to be non-profit and non-partisan groups that could provide an alternative to faith-based aid.

[7] Finland, Greece, and the United Kingdom each have an official state religion, in this case some branch of Christianity (“Islam, Constitutions & Durable Democracy” 2007, 5). 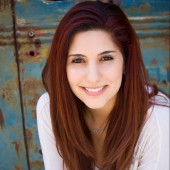