Questions for Richard Clarke on COG, the UAE, and BCCI 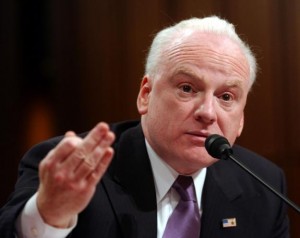 Not long after this, in 1992, Clarke was named to the National Security Council staff as Special Assistant to the President for Global Affairs and chairman of the Interagency Counterterrorism Committee.  One might think that Richard Clarke’s close relationship to the royal family of the UAE, and this new role as the NSC head of counterterrorism, might have posed a slight conflict of interest.  But no one seemed to notice.

Similarly, few have noticed that the attacks attributed to al Qaeda began just before the first Bush Administration left office.  It was in December, 1992, that al Qaeda (as such) is said to have first committed an act of terrorism by bombing US troops in Yemen.  Attacks and plots in Somalia, Saudi Arabia, and many others places located near the production and transport routes of fossil fuels have been attributed to al Qaeda since that time.[10]

Clarke was not interested in pursuing the BCCI terrorist network and, instead, he had a different approach to combating terrorism.  In 1993, the United States began a practice known as “rendition.”  Throughout the rest of the world, rendition is known as torture.  Interestingly, the policy behind this program was proposed by Richard Clarke, who worked to get “snatch teams” in place to kidnap suspects for torture.  The success of Clarke’s rendition proposal led to today’s US program of secret kidnappings and torture around the world.

In September 1994, high-ranking UAE and Saudi government ministers, such as Saudi Intelligence Minister Prince Turki al-Faisal, began frequent bird hunting expeditions in Afghanistan. It was reported that — “They would go out and see Osama, spend some time with him, talk with him, you know, live out in the tents, eat the simple food, engage in falconing, some other pursuits, ride horses.”  Two members of the UAE royal family that participated in these trips were Sheikh Mohammed bin Rashid Al Maktoum and Sheikh Zayed bin Sultan Al Nahyan, ruler of the UAE.[11]

As these UAE meetings with OBL occurred, Clarke’s relationship with the UAE royals blossomed.  At the same time, he engaged in apparent preparations for terrorist events on US soil.  In 1998, he chaired a tabletop exercise in which a Learjet filled with explosives would be flown on a suicide mission into a target in Washington, DC.  At a conference in October 1998, Clarke predicted that America’s enemies “will go after our Achilles’ heel” which is “in Washington.  It is in New York.”  That was quite a prediction.

Clarke had updated the COG plans in early 1998 to ensure that the shadow government would be put in power in the event of a terrorist attack like the one he predicted that year (and that occurred in 2001).  National Security Advisor Sandy Berger, who was later caught stealing documents that had been requested by the 9/11 Commission, was the one to suggest that Clinton create the new Counterterrorism Czar position that Clarke would fill at the time of his prediction.  Berger was also the one to introduce Clarke’s COG partner, James Woolsey, to Clinton.  Woolsey went on to become Clinton’s CIA director.

In early February 1999, Clarke met with Al Maktoum, one of the UAE royals who was known to hunt with Bin Laden, in the UAE.  Al Maktoum was a big supporter of the Taliban and al-Qaeda.  And although people often forget, two of the 9/11 hijackers were citizens of the UAE and the vast majority of money supporting the attacks flowed through the UAE.

The 9/11 Commission Report has six references to the UAE, most of which can be found on page 138. One of these suggests that “but for the cooperation of the UAE, we would have killed Bin Ladin two years in advance of September 11.”

Therefore, it is difficult to understand why the leading authority on counterterrorism in the US would be meeting and maintaining close personal relationships with the UAE friends of Bin Laden just two years before 9/11.  This was three years after Bin Laden had first declared holy war against the United States,[12] and one year after his more recent such proclamation.[13]

It is more difficult to understand why Clarke was personally behind the failure of two CIA attempts to kill or capture Bin Laden in 1999. The first of these occurred just a few days after Clarke’s visit to the UAE.  The CIA obtained information that OBL was hunting with UAE royals in Afghanistan at the time, and President Clinton was asked for permission to attack the camp.  Clarke voted down that plan, and others within the US government speculated that his ties to the UAE were behind his decision.[14]

The next month, when the CIA had tracked Bin Laden’s whereabouts again and was prepared to take him out during another of the Afghanistan hunting trips, Richard Clarke took it upon himself to alert his UAE friends about the CIA monitoring their meetings with Bin Laden.  Of course, the UAE royals tipped off Bin Laden and the US lost another opportunity to kill or capture its number one enemy.[15]  Considering that CIA plans are top secret national security priorities, and that OBL was wanted for the bombings in East Africa, Clarke’s action should have been seen as treason.

Somehow, Clarke’s two efforts to keep OBL from being captured or killed in 1999 slipped his mind when he testified to the 9/11 Commission.  Apparently, these events were also not important enough for Clarke to mention when recently discussing the two “asshole” hijackers whose presence in the US he now says the CIA kept from him and the FBI.

Interestingly, although only two of the alleged 9/11 terrorists were said to be from the UAE, those being Marwan al-Shehhi and Fayez Banihammad, others of the alleged hijackers, including Almihdar, Alhazmi, and Ziad Jarrah, spent time in the UAE.  And as stated before, the vast majority of money that financed the attacks flowed through the UAE.

The new interview with Clarke begins with discussion of the CIA’s monitoring of aJanuary 2000 meeting in Malaysia among top al Qaeda operatives.  Khalid Almihdar and Nawaf Alhazmi attended the meeting, as did Khalid Sheikh Mohammed and several other al Qaeda leaders.  Clarke claims in the interview that the CIA followed the alleged 9/11 hijackers out of the meeting in Malaysia but then lost them in Bangkok.  Two months later, Almidhar and AlHazmi arrived in Los Angeles, according to the CIA, and Clarke says many CIA agents knew about this.

Clarke claims that the CIA “stopped [information about Almihdar and Alhazmi] from going to the FBI and the Defense Department.” He then cryptically states: “We therefore conclude that there was a high level decision, in the CIA, ordering people not to share that information” and “I would have to think it was made by the Director [Tenet]”.  To clarify why he suddenly thinks this lack of information sharing was unusual, Clarke says, “You have to understand…we were close friends, he called me several times a day, and shared the most trivial of information.”

But it was not only the CIA that knew about this meeting and the attendees.  According to the Director of the National Security Agency (NSA), Michael Hayden, “In early 2000, at the time of the meeting in Kuala Lumpur, we had the Alhazmi brothers, Nawaf and Salem, as well as Khalid Almihdar, in our sights.  We knew of their association with al-Qaeda, and we shared this information with the [intelligence] community.”  The NSA knew about these guys well before that, however, because an early 1999 NSA communications intercept referenced “Nawaf Alhazmi,” so it was clear that the NSA knew about him for more than two years before 9/11.  Oddly enough, the Washington Post reported that Alhazmi, Almihdar and four of the other alleged hijackers were “living, working, planning and developing all their activities” near the entrance to NSA headquarters in Laurel, Maryland, in the months prior to the 9/11 attacks.[16]

Alhazmi had been seen in San Diego as early as 1996 and he traveled extensively throughout the US, spending time in Cody, Wyoming and Phoenix, Arizona, and making a truck delivery to Canada.  He and Almihdar lived openly in the United States, using their real names and credit cards.  They had season passes to Sea World and the San Diego Zoo and liked to hang out at a nude bar in San Diego.  They went to a flight school there and said they wanted to learn how to fly Boeings.  Instructor Rick Garza of Sorbi’s Flying Club turned down that request because he said they were “clueless”, didn’t even know how to draw an airplane and could not communicate in English.

Alhazmi even worked at a Texaco gas station, although he didn’t need the money because someone in the UAE was regularly sending him thousands of dollars.

The money Alhazmi received was said to come from a UAE citizen named Ali Abdul Aziz Ali (a.k.a. Ammar al Baluchi), who was the nephew of Khalid Sheikh Mohammed and cousin of Ramzi Yousef.  Apparently, a majority of money that came to the hijackers was transferred through Ali Abdul Aziz Ali or another UAE citizen named Mustafa al-Hawsawi.  The 9/11 Commission reported that Ali “helped them with plane tickets, traveler’s checks, and hotel reservations”, and “taught them about everyday aspects of life in the West, such as purchasing clothes and ordering food.”

Whether he was protecting his UAE friends or not, Clarke failed to act on information about al Qaeda operatives living in the US, just one month before the meeting in Malaysia.  After an al Qaeda “millennium plot” was said to be broken up in Jordan, Clarke authorized an investigation of one of the plotters, Khalil Deek, who lived in Anaheim, CA for most of the 1990s. The investigative team reported to Clarke and the NSC directly in December, 1999, stating that Deek’s next door neighbor was operating an al Qaeda sleeper cell in Anaheim.  No action was taken by Clarke or the NSC.

A few months later, in April 2000, Clarke was quoted in the Washington Post as saying that terrorists – “will come after our weakness, our Achilles Heel, which is largely here in the United States.”  Although this was a bold statement, it was unfortunate that Clarke did not have time to track down and capture the terrorists that he knew were living and plotting in the US.

The bombing of the USS Cole, which took the lives of 17 American sailors, occurred in October, 2000. It was reported by the Washington Post that Almihdar had received training in Afghanistan in 1999 along with the operatives who were responsible for the Cole bombing.  The Guardian reported that the Prime Minister of Yemen accused Almihdar of being “one of the Cole perpetrators.”