Obama: Leading from behind on Syria

The Syrian leader is out of options and out of friends and it seems it is only now that the Obama administration is talking tough on Syria.

Obama has made America’s first explicit call for Syrian President Bashar al-Assad to resign, five months after what has been seen as “calibrated diplomacy”, including rounds of increasingly punitive sanctions and a slow shift by the American President towards a regime change narrative.

Five months after the protests erupted in Syria and were brutally countered by the regime’s police and security forces, the American government has introduced an “immediate freeze of all assets of the Government of Syria subject to U.S. jurisdiction and prohibiting U.S. persons from engaging in any transaction involving the Government of Syria.” White House statements say this ban will work with European sanctions on Syrian-origin petroleum resulting in the “financial isolation of the al-Assad regime” in order to “disrupt its ability to finance a campaign of violence against the Syrian people.” The executive order took effect immediately. The U.S does not rely on Syrian petroleum products; however the E.U. may feel the effects.

The European Union has called for al-Assad to step down and warned of further sanctions. Catherine Ashton, the High Representative of the Union for Foreign Affairs and Security Policy has said: “The escalation of the violent crackdown on peaceful protesters and the intensifying large-scale use of indiscriminate military force have shown the complete loss of the Syrian regime’s legitimacy, and the necessity for Bashar al-Assad to step aside.” France, Germany and Britain have specifically called on al-Assad “to face the reality of the complete rejection of his regime by the Syrian people and to step aside.” Obama’s explicit demand comes after Middle East states, Kuwait, Saudi Arabia, Tunisia and Bahrain have all withdrawn their ambassadors from Syria. Russia and Turkey remain the last two noteworthy states to back al-Assad.

The rally of opposition from America and Europe appears to immediately follow the release of the United Nations High Commission for Refugees (UNHCR) recommendation that the Security Council authorize the International Criminal Court to investigate crimes against humanity. Syria’s Ambassador to the United Nations (UN) Bashar Ja’afari has claimed that U.S. was using the U.N. to wage a “diplomatic and humanitarian war” against Syria.

Since March 2011, about 2,000 civilians have been killed in Syria, mostly by the country’s security forces. According to Amnesty International, the protests were galvanized in June by the death of 13-year-old Hamza al-Khateeb, who died incommunicado in detention as an apparent result of torture. Al-Jazeera reported that al-Khateeb was arrested during a protest in Saida on 29 April; his body was returned to his family on 24 May, bearing “signs of torture” including having been subjected to electric shocks and having his penis cut off. He had a broken neck and had been shot several times. If the American government was waiting for proof of human rights abuses before committing the U.S to sanctions, this widely reported tragedy, never mind the U.N.s fact-finding mission that was in place since 29 April, should have been evidence enough of the need for action.

A fact-finding mission for Syria was established by the U.N. Human Rights Council Resolution A/HRC/RES/S-61/1 on 29 April 2011. The mission was convened in response to deteriorating human rights conditions of those protesting against the government of Bashar al-Assad. President al-Assad was elected unopposed in 2007. His father, Hafez, al-Assad, ruled Syria from 1971 until 2000. He was responsible for the Hama massacre (February 1982), a response to a Sunni revolt in the town of Hama. Hafez al-Assad ordered a scorched earth policy resulting in the deaths of over 30,000 Syrians.

While Syria has not signed the International Convention for the Protection of All Persons from Enforced Disappearances it is bound by the International Covenant on Civil and Political Human Rights, which prohibits enforced disappearances, such was the case of Hamaz al-Khateeb whose family were not notified of his arrest or detention. More problematically, Syria is a signatory to the Convention on the Rights of the Child and the Convention Against Torture and Other Cruel, Inhuman or Degrading Treatment or Punishment, which also appear to have been ignored.

Punishment for its human rights abuses should not be hindered because Syria has signed the Rome Statute of the International Criminal Court on 29 November 2000, even though it has not been ratified. The Rome Statute establishes four categories of international crimes: war crimes, crimes against humanity, genocide, and the crime of aggression. According to the Human Rights Council mission report, despite non-ratification, the Vienna Convention on the Law of Treaties (Article 18) means Syria is still obliged to refrain from acts that would “defeat the objects and purpose of [the] treaty”, as acceded to by Syria in 1970.

Apart from international breaches of law, the Human Rights Council has also highlighted that Syrian domestic law provides no constitutional protections to its citizens. The Penal Code (Law 148/1949) makes it a crime to “spread false or exaggerated information with the aim of harming the state”, “publish mendacious information liable to weaken the nation’s moral’, and bans membership to any society that “aims to change the State’s political and social structure”. Syria’s Code of Criminal Procedure allows detainees to be held up to 60 days without oversight (Legislative Decree No. 55/2011). The State of Emergency Law (Legislative Decree No. 51/1962)  provides for the detention of suspects thought to have committed crimes against “state security and public order”. State of Emergency Laws enable the al-Assad government to monitor all civilian communications, impose restrictions on the public meetings, seize any property, and hold suspects in detention, without any judicial oversight, indefinitely. Security and intelligence agencies, allegedly responsible for human rights atrocities committed since March 2011, are protected from prosecution under Legislative Decrees 14/1969 and 69/2008.

The delay in Obama’s condemnation of al-Assad and his government has been widely criticized as too little, too late. Republican presidential candidate and Texas Governor Rick Perry was reported in The China Post as being critical of Obama’s inability to speak out against the regime. Former Massachusetts Governor Mitt Romney was quoted as saying “America must show leadership on the world…This means using the bullhorn of the presidency and not remaining silent for too long while voices of freedom and dissent are under attack.” Media outlet Fox News has reported that “Obama has finally given up his stubborn insistence, against all logic, that President al-Assad was a reformer he could do business with.” In a different response, Obama’s lack of earlier action on Syria may have “contributed to al-Assad’s belief that he was safe from foreign pressure” and arguably this encouraged al-Assad to “unleash his armed forces”.

It is hard to understand Obama’s reluctance to act on Syria. There appears little domestic value in appeasing al-Assad as Obama appeared to do in his 19 May Arab Spring speech. Ongoing inaction has left Obama look uncertain on Middle East foreign policy again. To act only what appears to be in concert with the European Union on the eve of a damming report from the Human Rights Council leaves Obama seen as a reactionary. It provides good political fodder for Republicans and will leave Democrats to argue the case for a slow and steady approach as children such as Hamza al-Khateeb die in Syrian jails. 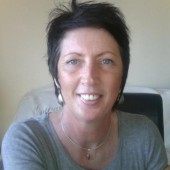