The Invisible Dead and ‘The Last Word’: Lawrence O’Donnell ‘Rewrites’ the Occupation of Afghanistan 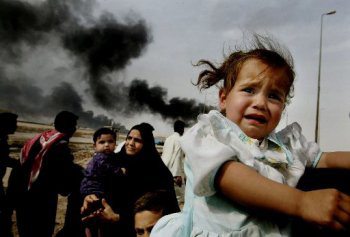 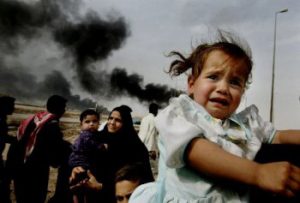 “It is my conviction that killing under the cloak of war is nothing but an act of murder.”

On Saturday August 6, 2011, a U.S. military Chinook transport helicopter was shot down in Afghanistan, killing 30 American soldiers, including 17 elite Navy SEALs, and eight Afghans. The mainstream news media was awash with somber reports about this being the “deadliest day” for U.S. forces in the ten years since the invasion and occupation of Afghanistan began.

Notably, many news outlets such as ABC, NBC, CBS, and The Washington Post claimed the helicopter crash and its 30 American casualties marked the “deadliest day of the war”, without adding the vital qualification, “for United States military personnel.” Even the progressive website Truthout provided its daily email blast that day with the headline: “Deadliest Day in Decade-Long Afghanistan War: 31 Troops Killed in Shootdown.”

The obvious implication of these reports was that on no single day since October 7, 2001, when the U.S.-led invasion and bombing campaign began, had as many people been killed in Afghanistan as on August 6, 2011.

Perhaps most brazen and sanctimonious regarding this claim was MSNBC‘s primetime anchor Lawrence O’Donnell. Introducing the “Rewrite” segment of his Monday August 8 broadcast of “The Last Word”, O’Donnell looked directly into the camera and, in his measured and most heartfelt serious voice, told his viewers, “This weekend saw the worst single loss of life in the ten years of the Afghan War.”

He was lying. Unless, of course, like so many Americans, O’Donnell doesn’t count Afghan civilians as human beings worthy of being allowed to stay alive. In fact, the invisibility of the native population of Afghanistan is so ubiquitous in the American media, O’Donnell and his writers probably didn’t even think they needed to acknowledge civilian death tolls at the hands of foreign armies. As General Tommy Franks, who led the invasions of both Afghanistan and Iraq, told reporters at Bagram Air Base in March 2002 when asked about how many people the U.S. military has killed, “You know we don’t do body counts.”

After showing a video clip of CIA Directer-cum-Defense Secretary Leon Panetta’s statement that the helicopter crash served as “a reminder to the American people that we remain a nation still at war,” O’Donnell took seven minutes of airtime to lecture his viewers about a country that has forgotten the hardships of warfare, due to the absence of a draft or rationing or war taxation. Clearly passionate and frustrated, he rhetorically wondered, “What kind of nation would need to be reminded that it is still at war?”

At this point, O’Donnell displayed photographs of some of the soldiers killed in the crash while delivering brief biographies, a sort of “Last Word” eulogy for the dead.

In his effort to tug at his viewers heartstrings, O’Donnell told us of one young soldier who had only “been in Afghanistan for less than two weeks.” Another was described by his mother as “a gentle giant.” A SEAL Team 6 member also killed in the crash, we were told, had a wife, a two-year-old son and a two-month old baby girl while another solider was survived by his pregnant wife and three children. O’Donnell eulogized one of the deceased servicemen by telling us of his personal history as a high school wrestler and his lifelong dream of becoming a Navy SEAL.

O’Donnell concluded the segment with the assurance that none of the family members of those soldiers who had died – as opposed to the million of Americans whose lives are totally unaffected by the ongoing occupation – needed any “reminding” that “we are a nation at war.”

The Afghan village of Karam was completely destroyed on October 12, 2001 when American forces dropped a one-ton bomb on it and killed over 100 people. On October 21, 2001, “At least twenty-three civilians, the majority of them young children, were killed when U.S. bombs hit a remote Afghan village,” according to a report by Human Rights Watch.

Not a solitary syllable was uttered to honor the seven children blown apart “as they ate breakfast with their father” when “a US bomb flattened a flimsy mud-brick home in Kabul” on Sunday October 29, 2001. The Times of India, citing a Reuters report, revealed that “the blast shattered a neighbour’s house killing another two children.”

A few weeks later, on November 17, 2001, U.S. bombs fired at the village of Chorikori murdered “two entire families, one of 16 members and the other of 14, who lived, and perished, together in the same house,” reported The Los Angeles Times. Shortly thereafter, heavy American bombing in Khanabad near Kunduz was said to have killed 100 people. The same day, a religious school in Khost was bombed, killing 62 people.

Around the same time, James S. Robbins, a professor of International Relations at the National Defense University, published an article in The National Review entitled, “Humanity of the Air War: Look how far we’ve come.” The piece began this way: “Think airpower can’t bring victory in Afghanistan? Think again.”

Robbins continued his claim that “the air campaign over Afghanistan has been effective by most reports” and that “critics of the air campaign at home and abroad make as much of civilian casualties as suits their purposes, but arguments over whether a few, a dozen, or hundreds of people have died only show how civilized warfare has become.” He averred that “[a]ny civilian deaths caused by allied bombs are unintended deaths” (emphasis in original), declared that the U.S. was using the “tools and means of the humane” to bomb Afghan civilians to death on a regular basis, and concluded, “The allied air campaign is demonstrating how moral a war can be.”

On December 31, 2001, U.S. ground forces confirmed an enemy target in the village of Qalaye Niazi and “three bombers, a B-52 and two B-1Bs, did the rest, zapping Taliban and al-Qaida leaders in their sleep as well as an ammunition dump.” A military spokesman, Matthew Klee, proudly told reporters that the strike was an unmitigated success, saying, “Follow-on reporting indicates that there was no collateral damage.” However, The Guardian reported:

Some of the things his follow-on reporters missed: bloodied children’s shoes and skirts, bloodied school books, the scalp of a woman with braided grey hair, butter toffees in red wrappers, wedding decorations.

The charred meat sticking to rubble in black lumps could have been Osama bin Laden’s henchmen but survivors said it was the remains of farmers, their wives and children, and wedding guests.

They said more than 100 civilians died at this village in eastern Afghanistan.

In the first three months of the Afghanistan assault, Carl Conetta of the Project on Defense Alternatives found that upwards of 4,200-4,500 Afghan civilians had been killed as a result of the U.S.-led bombing campaign and the “starvation, exposure, associated illnesses, or injury sustained while in flight from war zones” that followed the invasion and airstrikes. In May 2002, Jonathan Steele of The Guardian reported that, up to that point, “As many as 20,000 Afghans may have lost their lives as an indirect consequence of the US intervention.”

For O’Donnell, it appears the “price of war” doesn’t include the 48 civilians killed and 117 wounded, many of them women and children, when U.S. jets bombed a wedding party in Oruzgan in July 2002, the 17 civilians, mostly women and children, killed by coalition bombs in Helmand in February 2003, the eight civilians killed by a U.S. gunship and bomber in Bagram Valley the same month, the eleven civilians killed, including seven women, by a U.S. laser-guided bomb that hit a house outside the village of Shkin in April 2003, the six family members killed by U.S. bombs that hit the village of Aranj in October 2003, or the nine children (seven boys and two girls aged 9 to 12) murdered by two U.S. A-10 Thunderbolt II planes which attacked the village of Hutala while the children were playing ball.