From Saddam’s weapons of Mass Destruction to the story of Gaddafi bombing his own people to the very pillars of truths we are taught throughout our childhood. They are myths orchestrated for us to swallow, here Thomas dissects the myth of the Darfur “genocide” and highlights Bernard Levy’s role in Darfur, Bernard Levy has become the main spokesman for the Libyan rebels.

Much of the aid raised for this Mythical Darfur genocide found its way into funding the West Bank Settlements of Israel.

The last two minutes are about Bernard Levy in Darfur (Sudan) – The whole story is similar to modern day Libya.

Thomas C. Mountain is an independent western journalist based in the Horn of Africa, and has been living and reporting from Eritrea since 2006. He was a member of the 1st US Peace Delegation to Libya in 1987. Read more articles by Thomas C. Mountain here.

This video and the phone call is based on the article: Burying the Darfur Genocide Myth by Thomas C. Mountain. 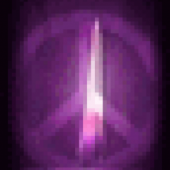