The S&P Debt Downgrade: What It Means 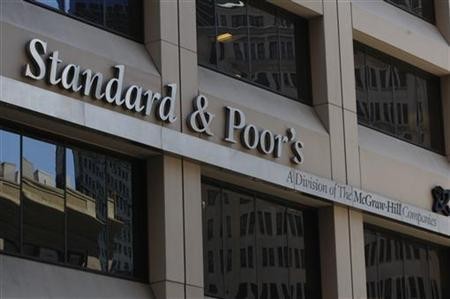 On Friday, August 5, the credit rating agency, Standard & Poor’s, downgraded US debt from AAA to AA+.

Gerald Celente’s view that S&P’s downgrade of the US Treasury’s credit rating reflects a loss of confidence in the political system was confirmed by the rating agency itself.

S&P explained the downgrade as the result of heightened political risks, not economic ones. The game of chicken over the debt ceiling increase and the GOP’s ability to block tax increases indicate that “America’s governance and policymaking is becoming less stable, less effective, and less predictable.”

The reduction in the government’s credit rating to AA+ from AAA is a cosmetic change.

It remains a very high investment grade rating and is unlikely to have any effect on interest rates. It is revealing that despite the downgrade, US bond prices rose.  It was stocks that fell. The financial press is blaming the stock market decline on the bond downgrade. However, stocks are falling because the economy is falling. Too many jobs have been moved offshore.

Interest rates could fall further as investors flee into Treasuries from the euro because of sovereign debt worries, flee equity markets as they continue to tumble, and as large banks charge depositors for holding their cash.  Indeed, the latter policy could be seen as an effort to drive people with large cash holdings out of cash into government bonds. Japan has a lower credit rating than the US and has even lower interest rates.

More hard knocks are on their way. As the economy weakens and the economic outlook darkens, new deficit projections will elevate the debt issue.

The psychological effect of the S&P’s downgrade is likely to be larger than its economic effect. Many will see the downgrade as an indication that America is beginning to slip, that the country might be entering its decline.

There is no danger of the US defaulting on its bonds. The bonds are denominated in US dollars, and dollars can be created without limit. Moreover, the problem with the debt is less with the size of the national debt, which remains a lower percentage of GDP than during World War II, than with the large annual budget deficits. If equities continue to fall, if flight continues from the euro, if bank fees drive people out of cash, it is possible that the inflows into Treasuries can finance, for a while, the large annual deficit, removing the need for the Federal Reserve to monetize the deficit via Quantitative Easing (QE)

On the other hand, the weakening economy, given traditional policy views, will likely lead to a renewal of debt monetization, or QE, in an effort to stimulate the economy.

Debt monetization can cause domestic inflation (and imported inflation for those countries that peg to the dollar) as, and if, the new money finds its way into the economy. This has not happened to any extent so far in the US, because the banks are not lending and consumers are too indebted to borrow.  But the fall in the dollar’s exchange value results in higher prices of many imports. So far the inflation that the US is experiencing is coming from the declining exchange value of the dollar.  However, there is little doubt that asset prices, such as those of Treasuries and stocks, have been inflated by the Fed’s monetization of debt.

To flee from the dollar, there must be someplace to go.  There are not alternative currencies large enough to absorb the dollars, especially with China pegged to the dollar and the euro experiencing troubles of its own because of the sovereign debt crisis in Greece, Spain, Ireland, Portugal, and Italy.  Dollar flight has driven up the prices of bullion and Swiss francs. Despite the Swiss government printing francs to absorb the dollar inflow, the franc continues to rise in value. As of time of writing, one US dollar is worth only about 76 Swiss centimes or cents. In 1966 there were 4.2 Swiss francs to the dollar or 420 centimes to the dollar.

The rise in the franc is crippling Switzerland’s ability to export. The loss in the dollar’s exchange value from dollar creation causes other countries, such as Japan and Switzerland to inflate their own currencies in order to hold down their rise. The Fed’s dollar policy has resulted in Russian leader Putin declaring the US to be a parasite upon the world and the Chinese to call for other countries to control how many dollars can be printed.

In other words, the US policy is seen as adversely impacting other countries without doing any good for America.

What I have explained can be comprehended within existing ways of thinking. Within this way of thinking, as the debt ceiling imbroglio made clear, the policy choices are between eliminating Social Security and Medicare or eliminating wars and low tax rates on the mega-rich in order to eliminate the annual budget deficits that are threatening the dollar’s exchange value and enlarging the national debt.

However, it is often the case that more is going on than traditional thinking can know about or explain. It is always a challenge to get people’s thinking into a new paradigm.

Nevertheless, unless the effort is made, people might never comprehend the behind-the-scenes power struggle.

A half century ago, President Eisenhower in his farewell address warned the American people of the danger posed to democracy and the people’s control over their government by the military-industrial complex (today perhaps more aptly called the military/security complex). Anyone can Google his speech and read his stark warning.

Unfortunately, caught up in the Cold War with the Soviet Union and reassured by America’s rising economic might, neither public nor politicians paid any attention to our five-star general president’s warning.

In the succeeding half century the military/security complex became ever more powerful. The main power rival was Wall Street, which controls finance and money and is skilled at advancing its interests through economic policy arguments. With the financial deregulation that began during the Clinton presidency, Wall Street became all powerful. Wall Street controls the Treasury and the Federal Reserve, and the levers of money are more powerful than the levers of armaments. Moreover, Wall Street is better at intrigue than the CIA.

The behind the scenes fight for power is between these two powerful interest groups. America’s hegemony over the world is financial, not military.  The military/security complex’s attempt to catch up is endangering the dollar and US financial hegemony.

The country has been at war for a decade, running up enormous bills that have enriched the military/security complex.  Wall Street’s profits ran even higher.  However, by achieving what economist Michael Hudson calls the “financialization of the economy,” the financial sector over-reached. The enormous sums represented by financial instruments are many times larger than the real economy on which they are based.  When financial claims dwarf the size of the underlying real economy, massive instability is present.

Aware of its predicament, Wall Street has sent a shot across the bow with the S&P’s downgrade of the US credit rating. Spending must be reined in, and the only obvious chunk of spending that can be cut without throwing millions of Americans into the streets is the wars.

The struggle between the military/security complex and the financial sector comes down to a struggle over patronage. The military/security complex’s patronage network is built upon armaments factories and workforces, military bases and military families, military contractors, private security firms, intelligence agencies, Homeland Security, federalized state and local police, and journalists who cover the defense sector.

As the financial sector has over-extended and must shrink, Wall Street is determined to have access to public funds to manage the process and determined to maintain its relative power by forcing shrinkage in its competitor’s network.  That means closing down the expensive wars in order to free up funds for entitlement privatization and to keep the dollar’s role as reserve currency.  Wall Street realizes that if the dollar goes, its power goes with it.

What insights can we draw from this analysis?

The insight that it offers is that although economic policy will continue to be discussed in terms of employment, inflation, deficits, and national debt, the policies that are implemented will reflect the interests of the two contending power centers.  Their struggle for supremacy could destroy the rest of us.

Wall Street opened the game with a debt downgrade, implying more are to come unless action is taken. The new Pentagon chief replied that any cuts to the military budget would be a “doomsday mechanism” that “would do real damage to our security, our troops and their families and our military’s ability to protect the nation.”

Will Americans be so afraid of terrorists that they will give up their entitlements? Will false flag terrorist events be perpetrated in order to elevate this fear?  Will Wall Street provoke crises that are perceived as a greater threat?

From whom do we need greater protection than from Wall Street and the military/security complex and from our government, which is the tool of both?