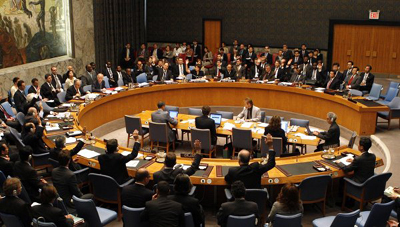 Not since the debate about the Kosovo War of 1999 has there been such widespread discussion of humanitarian intervention, including the semantics of coupling ‘humanitarian’ with the word ‘intervention.’ At one extreme of this debate about language stands Gareth Evans, former Foreign Minister of Australia, who is a staunch advocate of displacing the discourse on ‘humanitarian intervention’ by relying on concept of ‘responsibility to protect’ (known as R2P). Evans was, in fact, co-chair of the International Commission on Intervention and State Sovereignty that came up a decade ago with the idea of R2P. This approach to intervention was skillfully marketed it to the international community, including the United Nations. Arguing the conceptual case for R2P, Evans writes, “[b]y changing the focus from the ‘right’ to ‘responsibility,’ and from ‘intervene’ to ‘protect,’ by making clear that there needed to be at much attention paid to prevention as to reaction and non-coercive measures, and by emphasizing that military coercion—which needed to be mandated by the UN Security Council—was an absolute last resort in civilian protection cases.’ [Evans, “Humanitarian intervention is only justified when…” Global Brief, Summer 2011, 60.] 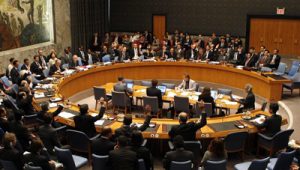 Insisting that the coercive actions in the Ivory Coast and Libya show the benefits of this approach, as contrasted with the supposed failures of the 1990s to take action in Rwanda, Bosnia, and Kosovo, Evans feels so vindicated by recent events as to make the following plea: “So let us please lay ‘humanitarian intervention’ language to rest once and for all.” This raises three questions: Should we? Will we? Does it really matter? My answer to the first two is ‘no,’ and to the third, ‘not much.’ My basic problem with the R2P approach is that it downplays the role of geopolitics in the diplomacy of both decisions to intervene and to not intervene. By hiding this fundamental element in the decision process behind a screen of moralizing language talking of R2P rather than humanitarian intervention invites misunderstanding, as well as encourages imperial ambitions.

At the other semantic extreme is Michael Walzer, who writing in Foreign Affairs, insists that the idea of humanitarianism has become a central feature of world politics in the early 21st century. He starts his article with some hyperbolic language to this effect: “Humanitarianism is probably the most important ‘ism’ in the world today, given the collapse of communism, the discrediting of neoliberalism, and general distrust of large-scale ideologies.” [“On Humanitarianism,” Foreign Affairs, 90(No.4): 69-80.] I find such a sentiment to be so exaggerated as to defy reasoned discussion. One wonders has how such an incredible sentence escaped the scrutiny of the eagle-eyed editors of Foreign Affairs. Walzer appears to be suggesting that humanitarianism now eclipses realism and nationalism as an influential global force in the world of ideas and statecraft, which is not only farfetched and wrong, but especially surprising considering that Walzer is without question one of the world’s most respected and influential thinkers on the ethical dimensions of relations among sovereign states. His overall effort in the article is to demonstrate that this humanitarian impulse is a matter of duty for governments, and should not be treated as a species of charity, a potentially valuable distinction that becomes clear when he comes to discuss humanitarian intervention without even mentioning the R2P approach, presumably because it obscures rather than illuminates the underlying issues of choice.

Walzer looks behind the semantics of intervention to appraise the responses to situations where populations are genuinely at risk. He faults the UN Security Council as having a dismal record in the past due to its failures “to rescue those in need of rescuing,” giving Rwanda  and Bosnia as examples. Walzer goes on to conclude that the “UN Security Council rarely acts effectively in crises, not only because of the veto power of its leading members but also because its members do not have a strong sense of responsibility for global security, for the survival of minority peoples, for public health and environmental safety, or for general well-being. They pursue their own national interests while the world burns.” [75] This passage sounds to me like an old-fashioned reaffirmation, after all, of realism and nationalism, and is far more descriptively credible than Walzer’s assertion that humanitarianism is the recently emergent dominant ideology.

Coming to specifics, Walzer understandably turns his attention to Libya as having generated a new debate about humanitarian intervention. He summarily dismisses leftist suspicions about Western recourse to hard power solutions to international conflict situations, but also acknowledges that this NATO intervention does not seem to be succeeding in making good on its initial humanitarian claim. Nevertheless, he gives the interveners a surprising clean bill of health as far as their intentions are concerned: “Their motives were and are humanitarian, but not sufficiently shaped by considerations of prudence and justice.” [77] Walzer is alive to the complexity of international political life that makes him skeptical about endorsing generalized solutions to such general problems as what to do about a menaced civilian population.  Instead he advocates a situational approach to gross civilian vulnerability. He argues that any state can serve as a humanitarian agent even without necessarily receiving permission from the international community for a use of non-defensive force. In Walzer’s words, “[t]here is no established procedure that will tell us the proper name of the agent.” He gives approval to several non-Western examples of humanitarian intervention: Vietnam in 1978 contra the Khmer Rouge in Cambodia, India in 1971 contra Pakistan in what was then East Pakistan and is now Bangladesh, and Tanzania in 1979 contra the bloody tyranny of Idi Amin in Uganda. These uses of force are endorsed as serving humanitarian ends even though they failed to receive any mandate to act from the Security Council and although in each instance, despite rescuing a vulnerable population, the predominant motivation to intervene seemed clearly non-humanitarian in character. In contrast, Walzer pushing to the outer limit his central thesis as to the rise of  humanitarian diplomacy writes “In these circumstances, decisions about intervention and aid will often have to be made unilaterally…. The governing principle is, Whoever can, should,” [79] which is the second extraordinary statement made in his article.

Such a volitional framework governing interventionary initiatives negates, without even an explanatory comment, the essential effort of contemporary international law to prohibit all international uses of force that are neither instances of self-defense (as defined by the UN Charter in Article 51) nor authorized by the UN Security Council. In this respect, Walzer seems to be endorsing a kind of ethical anarchism as the best available means for achieving global justice in these situations. At this point he veers back to his confidence in the purity of geopolitical motives by contending that ‘what drives’ these uses of force “is not only humanitarian benevolence but also a strong sense of what justice requires.” [79] This is written as if imperial ambitions even if packaged as ‘grand strategy’ should not be a concern. What about the protection of vulnerable states that are victimized by geopolitical maneuvers associated with resources, markets, and congenial ideology? It might be well to recall that it was a notorious tactic of Hitler’s expansionist foreign policy to intervene or threaten to do so for the sake of protecting German minorities being allegedly abused in neighboring countries.

Returning to a comparison of perspectives, Evans sets forth a series of guidelines that he believes will make it more likely that uses of force in these interventionary settings will be respectful of international law while at the same time recognizing the sensitivities in the post-colonial world about giving approval to military encroachments upon sovereign space, which are invariably of a North/South character if acted upon by the United Nations, that is, the North as agent of intervention, the South as the site where force is used. His five criteria are law-oriented, and deferential to the authority vested in the Security Council: (1) seriousness of the risk; (2) purposeful and discriminate use of force to end threat of harm; (3) force as a last resort; (4) proportionality of military means authorized with respect to the humanitarian goals of the mission; (5) the likely benefit of the contemplated use of force for those being protected. Since Evans, unlike Walzer’s willingness to live with unilateralism, seeks a consensual foundation for such uses of force, he insists that the final mandate for an R2P operation must be shaped within the five-part framework set forth and based on a formal Security Council authorization.

Walzer argues more opportunistically, geopolitically naively, that states should be empowered to act even without proper authorization if they have the will and means to do so. His examples of humanitarian interventions by non-Western states (Vietnam, India, Tanzania) were all neighbors of the target state, and at the time contested to varying degrees due to the play of geopolitical forces, not as a reflection of different levels of humanitarian urgency. In this regard, the strongest humanitarian argument was undoubtedly present in support of the Vietnam intervention in Cambodia to stop a massive genocide, but also the most controversial as it contravened the American policy at the time of placating China so as to increase pressure on the Soviet Union.  Acting under the umbrella of R2P is most likely to generate intense controversy when the United States acts with or without European backing (Iraq, Afghanistan, Kosovo, Libya), especially if the humanitarian claim seems marginal or as a cloak hiding strategic and imperial goals. Only in the Libyan debate did R2P figure prominently, and maybe led several of the members of the Security Council, including China and Russia, to abstain rather than to vote against SC Resolution that gave NATO the green light to commence its military campaign.

In this sense, Evans’ claims need to be taken seriously, but not because they represent a step forward, but rather because they weaken the overall effort of the UN and international law to minimize war and military options in international political life.

What makes these discussions serious is their bearing on life and death issues for vulnerable peoples and their supposed benefactors. On the one side, Noam Chomsky is right to worry about ‘military humanism,’ which he depicts as the grand strategy of hegemonic political actors being cleverly disguised as global public works projects. In effect, humanitarianism is the pathetic fig leaf selected to hide the emperor’s nudity. Chomsky points to ‘double standards’ as proof positive that whatever the explanation given for a particular intervention by the United States or NATO, the claimed humanitarian motivation is window dressing, and not the primary consideration. He treats Western silence about decades of brutal Turkish suppression of the Kurdish movement for human rights as an illuminating example of geopolitical blinkering whenever it seems inconvenient to take action on behalf of a victimized minority. In my view, the most extreme instance of double standards involves the failure of the UN System or ‘a coalition of the willing’ to take any action protective of the Palestinian population enduring an oppressive occupation for more than forty-four years, despite the direct UN and colonialist responsibility for the Palestinian ordeal.