Turkey, the Region, and the West after the Elections 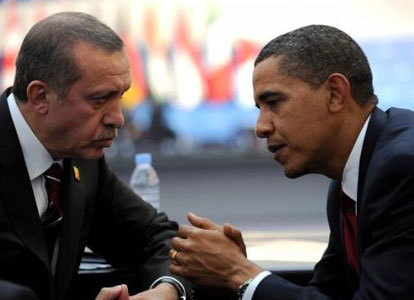 There has been a dramatic shift in critical international responses to the current Turkish political leadership that has been recently highlighted by reactions to the resounding AKP electoral victory of June 12th. The earlier mantra of concern was expressed as variations on the theme that Turkey was at risk of becoming ‘a second Iran,’ that is, an anti-democratic theocratic state in which sharia law would dominate. Such a discrediting approach has itself been discredited to the extent that it is all but abandoned in serious discussions of the Turkish governing process. 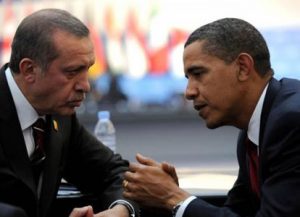 The new mantra of criticism is focused on the alleged authoritarian goals of the Prime Minister Recip Tayyip Erdogan. He is widely accused of seeking to shift the whole constitutional order of Turkey from a parliamentary to a presidential system, and coupled with a little disguised scheme to become Turkey’s first president under the new constitution, and then look forward to being reelected the leader of the country for a second five year term. Some of these anxieties have receded since the AKP did not win the needed two-thirds majority in the parliament that would have enabled a new constitution to be adopted without needing to gain the consent of the citizenry through a referendum. In his victory speech on the night of the elections, Erdogan went out of his way to reassure Turkish society, including those who voted against the AKP, that he will heed the message of the voters by seeking the widest possible participation in the constitution-making process with the aim of producing a consensus document that will satisfy a wide spectrum of Turks. It might be expected that such a process would likely preclude any shift to a presidential system, and would certainly make politically impossible the adoption of the strong French version, which does give a president extraordinary powers.

From outside of Turkey the new line of criticism seems to reflect American and Israeli priorities and perspectives, and is not too closely related to Turkish realities. The tone and substance of this line was epitomized by a lead New York Times editorial published the day after the Turkish elections. After acknowledging some AKP achievements, including giving it credit for the flourishing Turkish economy and a successful reining in of the deep state, the editorial moved on to criticize “Mr. Edgogan’s increasingly confrontational foreign policies, which may play well at the polls, but they have proved costly for the country’s interests.” Such a comment by the supposedly authoritative and balanced New York Times is quite extraordinary for its display of ignorance and slyly disguised bias. After all, the hallmark of Turkish foreign policy during the Erdogan years, as developed under the inspired diplomatic leadership of the Foreign Minister, Ahmet Davutoglu, has been ‘zero problems with neighbors’ as manifest in a series of conflict-resolving and reconciling diplomatic initiatives, and a broad conception of neighbor to include the Balkans, Central Asia, and the Caucuses, as well as the entire Arab world. It is possible to argue that this direction of non-confrontational foreign policy went too far in some instances, most notably Syria, and possibly Libya, and as a result have generated some serious challenges for Turkey.

The only exception to this pattern of zero problems has been Israel, but here the New York Times once again displays an uniformed and opinionated outlook when it writes “Once-constructive relations with Israel have yielded to tit-for-tat provocations and, if they continue, could threaten Turkey’s substantial trade with Israel.” It would be hard to compose a more misleading description of the deterioration of Turkish/Israeli relations. It should be remembered that prior to the Israeli attack on Gaza at the end of 2008, Turkey was doing its best to promote peace between Israel and Syria by acting as an intermediary, a role at the time appreciated by both parties. It is also quite outrageous to speak of “tit-for-tat provocations” when it was Israeli commandos that boarded in international waters a Turkish ship, Mavi Marmara, carrying humanitarian goods for the long blockaded people of Gaza, and killed in cold blood nine Turkish citizens. Even here in responding to Israeli unlawfulness in this Flotilla Incident of May 31, 2010, Turkey has subsequently tried its best to calm the waters, asking Tel Aviv only for an apology and compensation paid to the families of the victims, as preconditions for the restoration of normal relations with Israel. It has been Israel that has up to now defiantly refused to make even these minimal gestures in the interest of reconciliation.  And recently Davutoglu has gone further, perhaps too far, in his dedication to peaceful relations by openly discouraging Turkish participation in plans for a second Freedom Flotilla at the end of June, asking activists to wait to see if the blockade is broken due to changes in the Egyptian approach at the Rafah Crossing. The latest indications are that the Mavi Marmara will join the second freedom flotilla.

The New York Times goes even further in its Orientalist approach to Turkey, writing that “Ankara must discourage private Turkish groups from initiating a second blockade-running Gaza flotilla.” Why must it? Is it not the blockade, approaching its fourth anniversary, that is widely condemned as cruel and unlawful, a flagrant violation of the legal prohibition on collective punishment set forth in Article 33 of the Fourth Geneva Convention? Should not putting such a demand to Turkey at least be balanced by a call on Israel to end the blockade? Given the failure of the UN or neighboring governments to protect the people of Gaza, should not members of civil society feel a duty to do so, and in democratic societies should not be hampered by their governments?

The other foreign policy complaint in the Times’s editorial on Turkey deals with Iran. Here, of course echoing complaints from Washington as well as Tel Aviv, Turkey is blamed for playing “cozy games with Iran” that have “only encouraged Iran’s nuclear ambitions.” Perhaps wrongheaded, but hardly an example of Erdogan’s allegedly confrontational style! What the New York Times obviously favors, not surprisingly, is confrontation, urging the Turkish government to “press Turkish companies and banks to enforce international sanctions against Iran.” What is at stake here is the foreign policy independence of Turkey. Its efforts to find a peaceful resolution of the dispute surrounding Iran’s nuclear program are clearly designed to lessen the tensions surrounding the present coercive diplomacy of the U.S. led coalition, and backed by the UN, that is based on sanctions and military threats. It is in Turkey’s clear national interest to avoid a military encounter that could eventuate in a damaging regional war that would be disastrous for Turkey, as well as dashing the hopes raised by the Arab Spring, while also using its diplomatic leverage to discourage Iran from developing nuclear weapons, thereby producing an exceedingly dangerous situation for itself and others.

Another Western criticism of the Erdogan’s approach is to blame Turkey for a diminishing prospect of accession to membership in the European Union. The Financial Times in their far more reasonable post-election editorial nevertheless appears to blame Turkey for “strained relations with the EU.” On what basis is not disclosed. What was not even discussed, but should be mentioned as the main explanation of the strained relations, is the rise of Islamophobia throughout Europe and reflected in public attitudes of governmental skepticism in Paris and Berlin, as well as elsewhere on the continent, about whether Turkey is a suitable candidate for membership, given its large Muslim population. It needs to be appreciated that Islamophobia in Europe while resurgent is not new. Recently, it had been associated with Turkophobia, in reaction to the Turkish guest workers that stayed on, and became a strong presence, often unwanted, in Germany. In the two earlier centuries prior to the 20th there existed European fear and loathing of an invading Ottoman Empire, and even earlier, of course, The Crusades with their marauding militarism.

What emerges overall is this American led reluctance to accept Turkey as an independent regional force in the Middle East that has achieved enormous influence in recent years by relying on its own brand of soft power diplomacy. A dramatic indicator of this influence is the great popularity of Erdogan throughout the region, including among the youth who brought about the uprisings against authoritarian rule throughout the Arab world. It is an encouraging sign of the times that these new Arab champions of democracy are coming to Ankara and Istanbul, not Washington, Tel Aviv, or Paris, for guidance and inspiration.  Whether through the NATO intervention in Libya or the crude efforts to intimidate Iran, the West under faltering American leadership remains addicted to hard power statecraft, which no longer achieves its goals, although it continues to cause great suffering on the ground. It is time that the West stops lecturing Turkey, and starts to learn better what succeeds and what fails in 21st century foreign policy. A good place to start learning and listening might be Ankara!