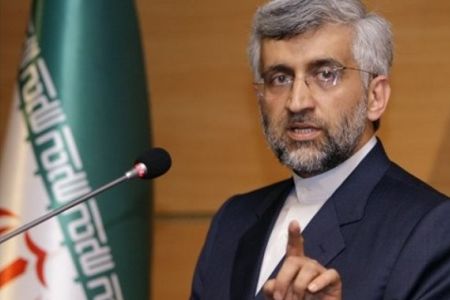 The contents of the recent letter of Iran’s chief nuclear negotiator Saeed Jalili to his European interlocutor and EU’s foreign policy chief Catherine Ashton have turned out to be far from exciting to her. Last week, a spokeswoman spelled out Ashton’s position on Jalili’s letter by saying that “On its own, Mr. Jalili’s letter does not contain anything new and does not seem to justify a further meeting.” In a recent press conference with the US secretary of state Hillary Clinton in Washington, DC, Ashton also expressed her own sentiments on Jalili’s letter by saying that, “I had wished for a stronger and better letter from them to recognize that the offer on the table is an offer they should look at very carefully.” 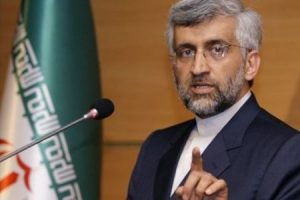 The source of disappointment for Ashton and her American counterpart is the seemingly unbridgeable gap between the level of their expectations and the reality of Iran’s position on its nuclear issue. Official statements indicate that Ashton had expected Iran to give an advance hint, if not an explicit recognition, that it is willing to meet the Western powers’ negotiating demands for positively considering the suspension of its uranium enrichment program and discussing other related issues, including a nuclear fuel swap deal, in return for a package of so-called ‘incentives’.

In the first round of talks held in Istanbul last January, the Iranian chief negotiator had made it clear to his European counterpart that the suspension of nuclear enrichment program was a non-starter for the negotiations, as it would contravene Iran’s explicit rights under the Nuclear Non-Proliferation Treaty. While declaring Iran’s readiness to discuss various issues of common interest in an upcoming meeting with the P-5+1 representatives, Jalili has reportedly reiterated Iran’s earlier position that the talks need to be conducted within the framework of international law and on “common grounds” , a recognizable code phrase for the non-negotiability of the suspension of nuclear enrichment activities by Iran. This position has been reaffirmed by the highest political authorities in Iran in recent days.

Despite Iran’s officially declared interest in continued negotiations on issues of common interest, Western officials have interpreted Jalili’s recent communication as a refusal to enter into further negotiations on Western terms. It was along these lines that Ashton stated that “I do urge Iran to think again and to consider coming back to the table” and her American counterpart reprimanded Iran for what she considered to be “stalling tactics” and “unacceptable preconditions”.

Given this situation, Ashton has indicated that they need to wait until they receive a more positive signal from Tehran to resume the negotiations. Perhaps she hopes that over time Iran will feel the heat of strengthened sanctions and will be compelled to come to the negotiating table under Western terms. It is in line with this logic that the European Union officials announced in recent days that they have expanded the scope of their economic sanctions against Iran to target more Iranian companies.

However, the reality is that increased sanctions over the past year have only had the effect of further strengthening Iran’s resolve to safeguard what it considers to be its obvious nuclear rights. The wide range of precautionary economic countermeasures successfully adopted and implemented by Iran over the past several years to minimize the scope of damage caused by sanctions has also provided further confidence to Iranian leaders that they can well withstand new Western economic pressures.

Western hopes that Iran would signal its willingness to abide by its terms to negotiate the suspension of its nuclear enrichment activities, while the new economic sanctions are in place and are even expanded, have not yet seen the light of day. Regardless of whether or not Western officials have tied their hopes to this, there are no clues that Iran might be moving toward that direction because of changes in its domestic and regional political environment, either.

Recent internal political developments have not had any impact on Iran’s position on its nuclear issue in the manner that Western powers would have wished to see; in fact, quite the contrary. Ahmadinejad is expected to maintain the same position, if not a more hard-line one, on the nuclear issue in order to bolster his own political position at home. The last thing Ahmadinejad would need under current political circumstances in Iran is to further antagonize his conservative political opponents by giving any impression of leniency towards Western powers on the nuclear issue.

Normally internal political divisions among Iranian political elites might have encouraged more leniency on the nuclear issue, had the opposing political factions to Ahmadinejd had a more conciliatory position toward the West on Iran’s nuclear issue. But the reality is that possessing nuclear fuel cycle technology has become so much entrenched in the Iranian national psyche that any indication of crossing this redline by any political group would be tantamount to the end of its political life. Though speaking in a different tone and employing different tactics on the nuclear issue, even the reformist political opposition groups would be expected to adhere to the same strategies in the unlikely event of capturing political power.

All this does not mean to make the point that there is no hope for further talks with Iran. Rather than focusing on self-defeating preconditions that Iran should indicate its willingness to accept Western proposals even before negotiations are held, Western powers should seize the opportunity to negotiate mutual confidence-building measures with Iran, including nuclear fuel swap deal, in return for offering to lift the additional sanctions that have been imposed on Iran over the past year. As the Russian foreign minister Sergei Lavrov stated last January in Istanbul, the talks need to cover not only Iran’s nuclear program but also “the prospect of dropping sanctions as Iran begins to cooperate with the IAEA more effectively”. The existing Western strategy to impose more unilateral economic sanctions on Iran are not only unlikely to produce any tangible results but are also likely to drive a wedge among the P-5+1 countries, some of which have different interests in the way international policies are formulated with regard to Iran, thus further undermining its effectiveness.