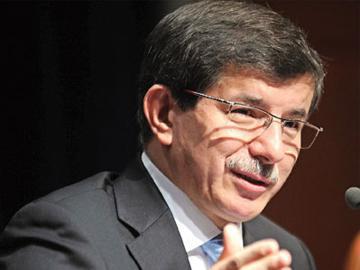 As the American president, Barack Obama, sets forth his views on the future of the Middle East, it seems a good time to take stock of the leadership vacuum in world affairs, and whether there are alternatives to the role the United States has played ever since World War II. While Obama welcomed the regional moves toward democracy and deplored those regimes that hold onto power by using violence against their own people, there was little cause given in the speech for either American balance with respect to the Israel/Palestine conflict or commitment to a more equitable world economy. In other words, the speech was mainly a courtly exercise in cheerleading for democracy in North Africa and the Middle East, but not an attempt to be a creative and innovative global leader with respect to regional problem-solving.

A disturbing feature of the present global setting is the absence of constructive global leadership, especially in relation to peacemaking and addressing issues of economic distress and environmental danger. True, the election of Barack Obama as the American president in late 2008 temporarily gave rise to widespread enthusiasm around the world that the United States could again do what it did after World War II, generally promote global well-being. Obama was viewed as offering the world a vision of peace and justice anchored in the promise of a new approach to both the Israel/Palestine conflict and troubled interactions between the West and the Muslim world. It was hoped that Obama would certainly allow the Bush era global war on terror, or GWOT, to subside, if not altogether end.

It was always doubtful in my mind that Obama would satisfy these high expectations that he further encouraged by carefully crafted visionary speeches in Cairo and Istanbul delivered early in his presidency. Although the language used by Obama on those occasions was a welcome change from the belligerent rhetoric that emanated from the White House during the Bush presidency, it seemed unlikely in my mind that Obama would be able to satisfy these promises, and that even if he did, I doubted that his policies as distinct from his words would be transformative. There was too much pressure exerted on any elected president in the United States to defer to the Pentagon, to please the Israeli Lobby along with its Congressional mouthpiece, and to cozy up Wall Street. Such pre-existing structural constraints were intensified in Obama’s case because these interest groups seemed somewhat worried that he might really mean what he says, and take the determined action on behalf of change that his presidential campaign so well articulated.

There was no need for these pressures groups to worry. Obama turned out to get the message before it was even delivered. From the outset of his presidency, he was eager to please the Pentagon, Israel, and Wall Street, often going the extra mile, disappointing his political base, but never earning the trust of these entrenched interests no matter how hard he tried. Obama has turned out to be conformist beyond what even skeptics such as myself expected. In fairness, he did inherit a broken economy at home and a radicalized Republican Party opposition that was intent on making his life as difficult as possible no matter what he did. At the same time, he did not have to cave in so abjectly, and abandon those most afflicted by the economic downturn while giving the banks and corporations most everything requested without any strings attached: too big to fail, too small to save.

On critical issues of foreign policy, nothing fundamental has improved during these past three years. The United States continues to back Israel unconditionally even in the face of acute Palestinian suffering and Israeli defiance toward international law and its refusal to support Washington’s wishes to keep a nominal peace process going. On economic policy, the White House allowed the boys from Goldman Sachs to have their way, allowing scandalous gains to be pocketed and setting the stage for a future even deeper recession. In the area of peace and security, the war in Afghanistan was imprudently escalated, withdrawal from Iraq remains inconclusive, and more recently the U.S. supported a politically dubious intervention in Libya’s internal conflict by NATO. At the same time, the United States continues to spend more on its military than the rest of the world combined, while seeming to be obsessed about its escalating fiscal deficit that it seems to be addressing with measures that impact negatively on the well-being of workers and welfare recipients.

The United States is also faltering in its role as champion of the global public good, a role that it did often seem to play effectively in the aftermath of World War II and periodically during the Cold War. However, if we look at what the United States has done globally in relation to such serious challenges as climate change and extreme poverty, the results are practically nil. All in all, the United States seems disinclined to provide the kind of leadership the world needs or wants in the early 21st century.

A secondary source of potential global leadership are the BRIC countries of Brazil, Russia, India, and China, the new presences on the geopolitical world map, robust economies with an independent approach to global policy, countries never implicated in colonialism, and possessing obvious ambitions to be given a more prominent place in the geopolitical pantheon. Again mostly disappointment; although Lula’s Brazil did make some extra-regional gestures in the direction of asserting a non-American approach on some global issues, its impact has been far too marginal to be taken seriously. These BRIC governments, each a regional powerhouse, seem to lack the vision, will, or the diplomatic capabilities at this stage to provide a global alternative, or even a serious challenge, to faltering American leadership. At the same time, maybe it is a matter of waiting, enabling more accumulation of relevant experience that might give these governments, singly and collectively, the confidence and the understanding to provide the kind of leadership that would allow the world to meet its mounting challenges in more effective ways. For now, these countries are domestically preoccupied, seeking to achieve as rapid economic growth as possible, overcome poverty at home, and content to be front row spectators of the geopolitical drama unless it impinges directly on their territorial reality (as does Georgia for Russia, Taiwan and the South China Sea Islands for China, Kashmir and Afghanistan for India).

This BRIC posture of geopolitical ambivalence was manifest in the recent UN Security Council debate on what to do about the unfolding political situation in Libya. In the end, the Security Council in Resolution 1973 authorized a No Fly Zone designed to protect Libyan civilians that were claimed to be at grave risk of slaughter due to the aggressive tactics and bloody language of the Qaddafi regime, especially in and around the city of Benghazi. In the vote, the four BRICs plus Germany abstained, despite having essentially expressed in the debate preceding the vote their sharp reservations about the feasibility and desirability of the proposed military operations, which were repeated after authorization was granted. As the situation has further developed, these concerns turned out to be well-founded, and maybe in retrospect the political leaders of these governments have had second thoughts about whether it was wise and correct to go along with the American and European advocacy of a military intervention. China and Russia had the option to veto the decision, which would at least have removed the UN imprimatur from the military operation, possibly leading NATO to embark upon the intervention on their own authority (a meta-legal coalition of the willing) in the manner of the Kosovo War of 1999. Undoubtedly, a motive for BRIC passivity in the Security Council was anxiety about how their ‘no’ vote would be viewed if indeed Qaddafi forces were to occupy Benghazi and carry out the vengeful threats of the ruler.

As it has turned out, what was a distinct possibility all along, this undertaking seems far less linked to a humanitarian intervention prompted by the alleged need to avoid mass atrocities against civilians by the Qaddafi regime than a thinly disguised effort to tip the balance in an internal Libyan struggle for control of the state. The ‘rebels’ that form the anti-Qaddafi opposition remain a shadowy coalition, which seems regional and tribal in its essential character, but does feature urban and middle class advocates of democracy and human rights, projects its political goals as secular, inclusive, and constitutional. Nevertheless, this uprising is a violent insurrectional challenge to the established, if oppressive, political order in Libya, and constitutes an unresolved power struggle that should not be confused with the Jasmine Revolution in Tunisia or the spectacular populist nonviolent challenge to the Mubarak regime mounted in Tahrir Square and throughout the whole of Egypt. Due to this Libyan reality of civil warfare, external involvement has been sought and present, most recently in a series of international initiatives designed to test whether a negotiated compromise between the warring parties can be found to bring the fighting in Libya to an end, which would seem to depend on agreeing about a procedure for achieving democratic reform and power sharing. As has so often been the case in recent times, military intervention as the solution has proved to be a costly failure, even if, as here, it proceeds with the legalizing blessings of the United Nations, and even if it should eventually rid the country of the Qaddafi regime.  The UN should never support such violent geopolitics except to offer protection to a beleaguered civilian population facing imminent catastrophe.

Despite the disappointing failure of the BRIC countries to stand up to the West on Libya, we should not ignore the overall benefits for the peoples of the world of this diffusion of power to non-Western countries. This prospect of greater multipolarity with respect to economic and political global police remains an attractive one for the future. A more activist global role for the BRIC countries is desirable because of their seeming disposition toward greater reliance on diplomatic approaches to conflict resolution, which might serve as an effective check on recourse to violent geopolitics that continues to find favor in Washington as the preferred mode of conflict resolution. These countries have not risen to prominence because of their military prowess and do not seem to harbor ambitions to greatness by way of militarism. This is not to say that their diplomacy renounces military options on all occasions. But generally the BRIC countries, aside from internal issues or on their borders, seek peaceful alternatives to satisfy their national goals rather than relying on the military leverage that remains so beloved by hard power realists who continue to dominate the foreign offices of most Western powers. In this regard, a strong BRIC presence is to be welcomed in many global policy arenas as a way of demilitarizing geopolitics.  Brazil (along with Turkey) has prefigured such an approach in a persisting effort to find ways to defuse regional tensions in the Middle East arising from allegations that Iran’s nuclear program is covertly seeking nuclear weaponry. Such a diplomatic initiative aims to avoid a dangerous regional war with global implications that is likely if the United States/Israel reliance on coercive diplomacy (sanctions and military threats) should escalate in the future.