Why the Planes Were Not Intercepted on 9/11 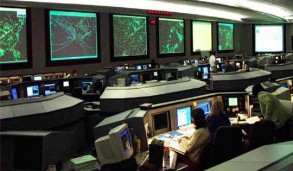 The Wall Street Lawyer and the Special Ops Hijack Coordinator

Of the many unanswered questions about the attacks of September 11, one of the most important is: Why were none of the four planes intercepted?  A rough answer is that the failure of the US air defenses can be traced to a number of factors and people.  There were policy changes, facility changes, and personnel changes that had recently been made, and there were highly coincidental military exercises that were occurring on that day.  But some of the most startling facts about the air defense failures have to do with the utter failure of communications between the agencies responsible for protecting the nation.  At the Federal Aviation Administration (FAA), two people stood out in this failed chain of communications.  One was a lawyer on his first day at the job, and another was a Special Operations Commander who was never held responsible for his critical role, or even questioned about it.

The 9/11 Commission wrote in its report that “On 9/11, the defense of U.S. airspace depended on close interaction between two federal agencies: the FAA and the North American Aerospace Defense Command (NORAD).”[1]

According to the Commission, this interaction began with air traffic controllers (ATCs) at the relevant regional FAA control centers, which on 9/11 included Boston, New York, Cleveland, and Indianapolis.  In the event of a hijacking, these ATCs were expected to “notify their supervisors, who in turn would inform management all the way up to FAA headquarters.  Headquarters had a hijack coordinator, who was the director of the FAA Office of Civil Aviation Security or his or her designate. “

The hijack coordinator would then “contact the Pentagon’s National Military Command Center (NMCC)” and “the NMCC would then seek approval from the Office of the Secretary of Defense to provide military assistance.  If approval was given, the orders would be transmitted down NORAD’s chain of command [to the interceptor pilots].”[2]

The 9/11 Commission report (hereafter, “the report”) indicated that the military was eventually notified about all the hijackings, but none of those notifications were made in time to intercept the hijacked aircraft.  The report also contradicted a good deal of testimony given on the subject by suggesting that earlier statements made by military leaders, in testimony to the Commission, were “incorrect.”  The corrections to these statements led to a reassessment of how much time the military actually had to respond to requests for interception from the FAA.  Ultimately, the report stated that “NEADS air defenders had nine minutes’ notice on the first hijacked plane, no advance notice on the second, no advance notice on the third, and no advance notice on the fourth.”[3]

The report does not place blame for the failure to intercept on any specific people in the chain of communications, but it specifically exonerates “NEADS commanders and officers” and “[i]ndividual FAA controllers, facility managers and Command Center managers.”  In fact, the report goes so far as to praise these people for how well they did.[4]  Curiously, the hijack coordinator at FAA headquarters was not mentioned in the list of those who were exonerated.

The ATCs did notify their management as required, but further notification to FAA headquarters (FAA HQ) was apparently riddled with delays.  FAA HQ got plenty of notice of the four hijacked planes, but failed to do its job.  One of the most glaring examples was demonstrated by the failure of FAA HQ to request military assistance for the fourth hijacking, that of Flight 93.

To put this in perspective, at 9:34 it had been over 30 minutes since a second airliner had crashed into the World Trade Center (WTC).  It was known that a third plane was hijacked, and it was about to crash into the Pentagon.  Everyone in the country knew we were under a coordinated terrorist attack via hijacked aircraft because, as of 9:03, mainstream news stations including CNN had already been televising it.

That was the situation when FAA HQ was notified about a fourth hijacking.  Given those circumstances, an objective observer would expect the highest level of urgency throughout all levels of government in response to that fourth hijacking.  But FAA management did not follow the protocol to ask for military assistance.  The 9/11 Commission contends that FAA HQ gave air defenders no notice whatsoever of the hijacking of Flight 93 until after the plane had been destroyed.  For whatever reasons, the FAA’s Command Center (located in Herndon, VA) did not request military assistance, either.  In fact, neither the Command Center nor FAA HQ contacted NMCC to request military assistance for any of the hijacked planes.

Therefore it seems reasonable to look at the people whose roles were most important in this failed chain of communications.  Once the entire country was aware that we were under attack and that planes were being hijacked and used as weapons, the two people who were most important to the FAA’s response were: 1) the person running the FAA’s national Command Center and 2) the hijack coordinator at FAA headquarters.

It turns out that these two people were both new to their jobs.  In fact, it was the first day on the job for Benedict Leo Sliney, the national operations manager at FAA’s Command Center.

Benedict Sliney was an ATC in the US Air Force during the Vietnam War and, after that, worked at the FAA for the first half of his professional career.  In the 1980s, Sliney went on from the FAA to work as an attorney and continued in that career throughout the 1990s.  He worked for several law firms during this time, handling various kinds of cases, and he was a partner in some of those firms.

Sliney’s clients included financial investors who were accused of Securities and Exchange violations.  In one 1998 case, he represented Steven K. Gourlay, Jr., an employee of Sterling Foster.  It was reported that Sterling Foster was “secretly controlled” by Randolph Pace and was at the center of “one of the most notorious scams ever.”[5] Sliney got Gourlay’s charges dropped in 1998, but, in a related 2002 case, Gourlay pled guilty to conspiracy to commit securities fraud, mail fraud, and wire fraud, and was sentenced to six months in prison.[6,7]

In the summer of 2000, Sliney represented Merrill Lynch in a case in which the delay of the transfer of clients’ funds to Smith Barney was said to have “caused their investments with Merrill, Lynch to lose some $638,000 in value.”  Sliney was able to get Merrill Lynch off the hook.[8]

For whatever reasons, Sliney decided to leave his lucrative law career behind just months before 9/11 in order to return to the FAA.  It was reported that Jack Kies, FAA’s manager of tactical operations, offered Sliney the job of Command Center national operations manager.  Instead, Sliney asked to work as a specialist and he started in that role.  Kies offered Sliney the national operations manager position again six months later, and Sliney accepted.[9] His first day on the job was 9/11/01.

On 9/11, others present at the FAA’s Command Center outranked Sliney.  Interviews of those others, however, including Linda Schuessler and John White, confirm that Ben Sliney was given the lead in the Command Center’s response to the hijackings that day.  Despite that critical role, Sliney is mentioned only one time in the narrative of the 9/11 Commission report.

According to the summary of his interview for the investigation, Sliney was first notified of “a hijack in progress” sometime between 8:15 and 8:20 EDT.  This was about the same time as communications were lost with American Airlines Flight 11, the first of the planes to be hijacked, and it was about 30 minutes before that plane crashed into the north tower of the World Trade Center (WTC).  It was nearly two hours before Flight 93 was destroyed in Pennsylvania.  Incredibly, according to Sliney’s interview, it was not until after a second confirmed hijacking occurred and two planes had crashed into the WTC (nearly an hour after he learned about the first hijacking) that Sliney “realized that the hijackers were piloting the aircraft.”[10]

After the second tower was hit, Sliney responded by asking for a military response via the special military outfit assigned to the FAA’s Command Center,  the Air Traffic Services Cell (ATSC).  This was at approximately 9:06 am.  At the time, one of the three military officers in the ATSC called the NMCC and that officer was told that “senior leaders” at the NMCC were “in a meeting to determine their response” to the attacks, and would call back.[11] As this example shows, there are at least as many unanswered questions about what went on at the NMCC that morning as there are about what happened at the FAA.[12]