Obama Should Let the UN Broker a Two-State Solution

Britain, France, and Germany told the United Nations and the European Union today to propose the outlines of a final settlement of the Israeli-Palestinian conflict that would lead to the establishment of a Palestinian state.

The three European countries, all members of the U.N. Security Council, are pressing for Secretary-General Ban Ki-moon and the European Union to propose a settlement text at a meeting in mid-April of the U.N., EU, U.S. and Russia.

And President Obama should let them.

The Arab Spring needs to melt the decades of ice that have frozen America’s foreign policy in the Middle East. Washington should focus on Egypt right now and build a new policy based on respect and partnership. In part that will require a slight distancing of relations with Israel and letting go of the peace process.

Now that Mubarak has fallen and a new democratic Egypt is defrosting, political parties are forming. Young men and women with remarkably similar ideas will be competing in free and fair elections. Egypt is the most populous Arab country and is a leader in political, social, and economic trends in the region.

As happens between candidates in the US’s primary elections, there will be a great temptation to win votes using foreign policy issues. If two or more say leftist or liberal parties emerge from the January 25th revolt, they may do just that during the campaign leading up to parliamentary elections. Since the uprising in Egypt began, foreign policy has been absent from the dialogue, but that could change.

No foreign policy issue is more widely known in Egypt than the Arab-Israeli conflict, and that may be where competing parties try to distinguish themselves. If Egypt’s parties wade into the issue, it won’t be to see who can better preserve the blockade on Gaza. Quite the contrary, it could easily become a contest of who will do more for the Palestinians.

Israel, and anyone who favors peace in the region, stands to gain from the new Egypt. Democratic states are more stable and less likely to make war, commit genocide and violate human rights. Particularly exciting is that it has the effect of reducing or destroying the conditions that radicalize people.

But to prevent infantile political parties from becoming anti-American vis-a-vis support for Israel, the US should admit that it has lost credibility and allow the UN to be the broker of the two-state solution.

To do so, the US must immediately stop vetoing UN Security Council Resolutions that mention Israel. Just like the U.S. veto on Feb. 18 of a Security Council resolution that would have condemned “illegal” Israeli settlements and demanded an immediate halt to all settlement.

The US needs to learn a lesson from the young Arabs that are taking their future in their own hands by breaking with the old policies that lock it into a cold and lonely future. Doing so will help America keep credibility with the young reformers which will be crucial for future security and economic partnerships, never-mind it just being the right thing to do. 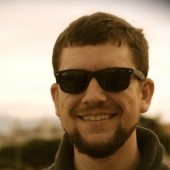 Troy Carter studies Middle East Politics at the American University in Cairo. He is a former soldier in the US Army and Defense Fellow in the United States Senate. Besides studying, Troy is a volunteer contributor at Daily News Egypt and a prolific blogger on Egyptian politics at AdvancePolling.Blogspot.Com. You can follow him on Twitter @ME_Observer.