What Makes a Polyglot? And What Do Polyglots Think? 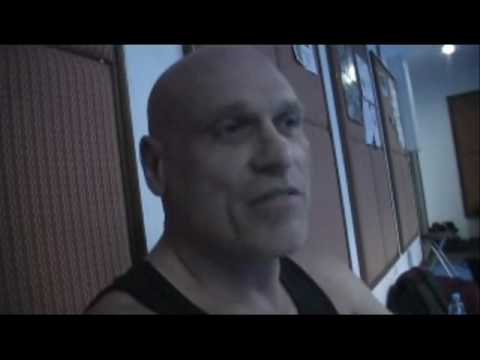 Natural talent? Gifted with languages? Ask anyone who ever gave up on learning a foreign language and they will tell you, “I guess I don’t have any natural talent for it.” Most experts will agree that there are people who possess a special talent for languages, just as there are people who are musically gifted. But these people represent less than 1% of the population.

My personal belief is that any person of average intelligence who is literate in their native tongue can learn a foreign language. And if you can learn one language, you can learn a hundred.

To find out what makes polyglots tick and learn more about their relationship to languages, I searched YouTube and Facebook for polyglots. I sent them a questionnaire and received responses from 14 of them. This article is clearly not a scientific analysis of a large sampling of polyglots. But, in communicating with the YouTube polyglots, we are able to get a look inside the heads of polyglots who “put themselves out there.” These are people who are confident enough in themselves that they regularly publish or produce videos on language learning and other aspects of language acquisition.

I believe there is an important distinction between being multilingual (knowing multiple languages as a result of growing up in their environments) and being a polyglot (knowing multiple languages as a result of consciously studying them).   While adolescents can study languages consciously in the same fashion as adults, adolescence only lasts a few years, and while some polyglots may get their start in this time, particularly with languages that they are being taught well in school, I think most people lack the discipline and the know-how to study intensively and effectively on their own when they are this young.

To be technical here, children don’t “learn,” languages at all, they acquire them.  They may do this to the childish level that is appropriate for them in a seemingly effortless and swift fashion, but, accent aside, an adult studying seriously and consciously could certainly “learn” more in the same time frame.

How much of your knowledge is the result of self-study?

Almost all of it.  Not only using, maintaining, and taking the languages I began learning in formal settings to a higher level by myself, but learning the majority of the others entirely on my own.

How many hours do you study per week?

The excel study sheet chart upon which I log my hours computes my current daily average at 9.77 hours per day, so that would be just under 70 hours per week.  These days, “studying” means using (mainly reading and listening) and maintaining (transcribing and otherwise revising) rather than actually “learning” new information.  I am now essentially “retired,” or well past my prime. About 10-15 years ago, when “studying” meant actually learning new information and new languages, it was more like 12-16 hours a day, or 84-112 hours per week.

How many hours do you believe one needs to master a language?

Fundamentally, I see no reason to question the basic figures put out by the FSI, namely a range of a few thousand for a relatively easy language to 10,000+ for a really hard language.  Of course, this answer really depends not only upon what you mean by “master,” but also upon your skill and experience as a language learner.    If you memorize 25 words a day, within 100 days or just over 3 months you will have 2,500 words or the vocabulary adequate for “basic fluency” in any language, and if you do concomitant grammatical study, speaking practice, etc., in an intensive fashion for, say, 5 hours a day or a total of 500 hours, anyone studying intelligently on his own or under knowledgeable tutelage should be able to attain this overall level.  If you are already a polyglot and you have already learned many or most of the other languages in a language family, you may even be able to attain this same level in something that is generally considered a different, non-intelligible language but which to you is only a variant-upon-a-theme-dialect, almost upon contact, in a matter of weeks or even mere days of intensive immersion, that is to say, in under 100 hours.  On the other hand, to go beyond “basic fluency” to true near-native mastery is another story altogether.  How long does it take to become a highly educated native speaker?  I used primarily English until I earned my Ph.D. at the age of 30.  Is that 30 years x 365 days/year x 16 waking hours/day?  Then it took me 175,200 hours to develop my English bilities.  I have made language learning the focus of my life because I find language learning more interesting than anything else I know.

What is your occupation?

I am a career academic, a university professor, and in my current post-graduate institute incarnation my actual job title is “language specialist,” which I have to say I rather like.

Do you, or most polyglots, have some type of mental disorder, such as autism or obsessive compulsive disorder?

Unfortunately, I do have to say that I, as a relatively “prominent” polyglot, am contacted by an inordinate number of other self-identifying polyglots who do seem to be more-or-less “unbalanced.”  Objectively speaking, it is “normal” to be either monolingual or multilingual to the extent of perhaps quadri- or quinilingual at the most.  Thus, to aspire to know 10+ languages or so is, by definition, “eccentric,” although I do not understand why it makes so many people as strange as it does seem to make them.  That said, I do fundamentally object to the current pigeonholing of psychological types.

Most are simply enthusiastic if not actually scholarly language lovers.  It is just that the percentage of crazies among them does seem to be higher than it is in the general population.