Who Has The Crystal Ball? 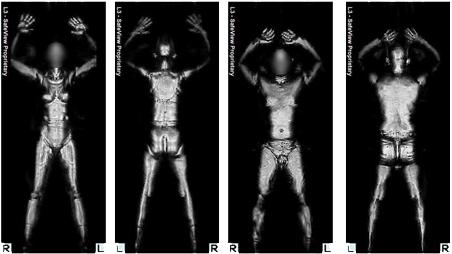 My conservative and Republican acquaintances believe that the “liberal media” is destroying America.  When I ask them to identify the liberal media, the usual reply is,  “all of it!”  I ask them about Fox “News,” CNN, and point out that the TV networks are no longer independent, but parts of large corporate conglomerates and that all of the “liberal” news anchors have been fired or died off.

At that point my acquaintances fall back on the New York Times and the Washington Post.

I remind them that the invasion of Iraq would not have been possible without the New York Times leading the way.  Judith Miller filled that newspaper with the neoconservative/Bush regime propaganda that was orchestrated to make the public accept US aggression toward Iraq. The Times later sort of apologized and Miller departed the paper.

That left the Washington Post, apparently long a CIA asset, as the “liberal media” that is destroying America, until on October 31 the paper’s long-time pundit, David Broder, wrote that Obama should spend the next two years disarming the Republicans and renewing the economy by orchestrating a showdown with Iran. Going to war with Iran, “the greatest threat to the world,” would simultaneously unite Republicans with Obama and restore the economy. By following Broder’s prescription, Obama “will have made the world safer and may be regarded as one of the most successful presidents in history.”

The irony deepens.  My acquaintances regard Obama as a Marxist and a Muslim. It does not occur to my acquaintances that the military/security complex and Wall Street would not put a Marxist in the White House, or that AIPAC would not put a Muslim in the White House, or that a Muslim would not have chosen a dual Israeli citizen as his chief of staff and staffed up his government with Jews friendly to Israel, or that a Muslim would not have renewed the war in Afghanistan and started new ones in Pakistan and Yeman, or that, if a Muslim, Obama would be averse to slaughtering Muslims in behalf of the neocons’ world hegemony agenda.

The American left is a phantom. It is conjured up by the right wing to tag Barack Obama as a socialist and used by the liberal class to justify its complacency and lethargy. It diverts attention from corporate power. It perpetuates the myth of a democratic system that is influenced by the votes of citizens, political platforms and the work of legislators. It keeps the world neatly divided into a left and a right. The phantom left functions as a convenient scapegoat. The right wing blames it for moral degeneration and fiscal chaos. The liberal class uses it to call for ‘moderation.’

The corporations that control mass communications conjure up the phantom of a left. They blame the phantom for our debacle. And they get us to speak in absurdities.

But that’s America.  The people simply cannot put two and two together.  Thinking is not an activity of the American public.

Indeed, Americans are incapable of thought on any subject.

Consider the latest bomb scare initially blamed on a young pro-American female student in Yemen who luckily was released before she was tortured and raped.  Allegedly, bombs disguised as printer ink modules passed through lax cargo security and were on their way to blow up something. Everyone immediately endorsed the story. UPS pilots urged US officials to tighten cargo screening worldwide. The US has sent a team into Yemen to take over security.

Somehow the security services that were unable to foil the 9/11 plot were able to penetrate this plot before it succeeded.

Consider the timeliness of the foiled plot. British Airways Chairman Martin Broughton and other European officials recently accused the US of making inane demands on airport passengers, such as removing their shoes and separate examinations of laptop computers.  Broughton even declared: “Europe should not have to kowtow to the Americans every time they want something done to beef up security on US bound flights.”

The owner of London’s Heathrow Airport agreed. The European Union has challenged the US requirement for European passengers to have online checks before boarding flights bound for the US, declaring the requirement a “burdensome measure.”

Miraculously, a plot is exposed that brands British Airways, London’s Heathrow, and the EU as “soft on terrorism security.”

Or what about this motive? The Obama regime wants to send CIA hunter-killer teams into Yemen to murder people suspected of hostility to America. CIA drones would be used to blow up suspects despite the proven fact that the CIA drones used in Afghanistan and in violation of Pakistan’s sovereignty mainly kill innocent people.

Yemen’s President, Ali Abdullah Saleh said that he opposes America’s violation of his country’s sovereignty, but, alas, it was the Yemeni President’s lax air cargo security that let the bombs through.  So his protests, too, are discredited by the lax security that enabled the printer ink plot. Unless US forces are in Yemen eliminating terrorists, the world is not safe.

Consider, for example, the “underwear bomber.” How likely is it that Al Qaeda, allegedly having successfully outwitted all 16 US intelligence agencies, the National Security Council, NORAD, airport security, the Pentagon, and the security agencies of all US allies including Israel and brought down the World Trade towers and successfully attacked the Pentagon itself, would choose as a sequel blowing up a mere airliner with an underwear bomb, a shoe bomb, and a shampoo/toothpaste/underarm deodorant bomb?  Having acquired the stature associated with 9/11, blowing up an airliner is a big comedown in prestige. It conveys the image of a washed-up Al Qaeda. 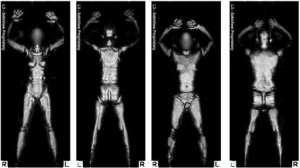 Again, who benefits?  The most obvious beneficiary of the underwear bomber is the corporation that manufactures the full body scanners that show people as if they are naked.  Obviously, the machines were already produced and awaiting a contract.  Without the underwear bomber and the hype and fear the media generated over the new threat, it is unlikely the government could have succeeded with such massive violation of personal privacy.

It would be interesting to know what company manufactures the body scanners and what its relationship is to the US and Israeli governments.  But these questions never occur to Americans or to the “liberal media.”

As a member of the Congressional staff during the 1970s, both House and Senate and committee and member staffs, I learned that except for rare occurrences, the legislation that Congress passes and the President signs is written either by executive agencies or by lobbyists. Congress did not write the PATRIOT Act. It was written in advance of 9/11 awaiting its opportunity. President Bush’s National Security Advisor, Condi Rice, is on record saying that no one ever suspected such an event as 9/11 with terrorists using hijacked airliners as missiles against the World Trade Center and Pentagon. Why then was the voluminous PATRIOT Act sitting waiting?

Whose crystal ball read the future and had the PATRIOT Act drafted in advance?

Whose crystal ball foresaw the underwear bomber and had the full body scanners ready to be deployed?

Are these amazing coincidences or orchestrated events?