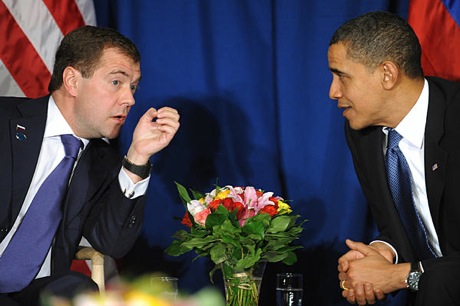 President Obama’s decision to revisit George Bush’s defense architecture early on in his presidency has been influenced by a number of underlying issues. The President believed it was important to meet the evolving threat of Iran, North Korea, and other rogue states with adequate defense capabilities, but he had to take into consideration spending realities resulting from the financial crisis while seeking to preserve the international non-proliferation regime and maintain strategic stability. While wanting to emphasize the shared transatlantic security burden in Europe, President Obama also wanted to reset relations with Russia, which had cooled considerably during the Bush years. 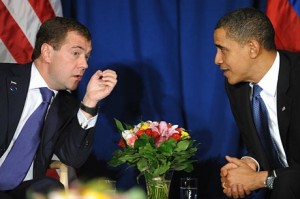 Meaningful progress has been made over the past 18 months. With regard to present and potential outcomes of President Obama’s Phased Adaptive Approach (PAA) to missile defense, there is a positive shift toward more collaborative bilateral efforts between the U.S. and Russia on missile defense, nuclear non-proliferation and strategic arms reduction. Our analysis suggests that NATO’s present search for a new strategic identity offers a possibility to make U.S. missile defense a national contribution to the Alliance’s Active Layered Theatre Ballistic Missile Defense (ALTBMD). The mid-term elections and other contentious political trends in the U.S. could hinder President Obama’s ability to pursue his missile defense, disarmament and no-proliferation agenda over the next two years.

If the Obama Administration succeeds in communicating convincingly the non-offensive motives behind the expansion of its missile defense architecture, joint efforts with Russia in missile defense, disarmament and non-proliferation could succeed. Positive milestones in U.S.-Russia cooperation on missile defense have been established since Obama took office. For instance, a couple of months prior to the announcement of the change of course from the Bush Administration, the two states agreed on a Joint Treaty Assessment effort to allow for exchange of threat perceptions and estimation of shared ballistic missile risks.[1] A U.S-Russia Bilateral Presidential Commission was with an Arms Control and International Security Working Group charged with missile defense cooperation, among other issues.[2] Initiatives of this kind have served to reassure the Russians of America’s peaceful intentions behind the PAA to missile defense. Furthermore, they have established a more comprehensive format for bilateral cooperation on other matters.

President Obama’s effort to promote transparency and international cooperation on missile defense issues has the potential to result in joint U.S.-Russia research, development, testing and analysis of current and future missile defense architectures. Given that the present Administration remains open to the 2007 Russian proposal to share intelligence on Iranian flight tests retrieved by some of its early warning radars, there is a great potential for refining bilateral cooperation further.[3] A positive indication of improving cooperation was President Medvedev’s July 2010 statement expressing a desire to advance relations with the U.S. more generally in technology and innovation. As Medvedev noted, ‘cooperation cannot be limited to missile reduction’.[4]

Recent diplomatic developments vis-a-vis the Iranian nuclear weapons issue have indicated a tendency to increase Russia’s role in helping defuse Iran’s  continued enrichment of uranium. Early in 2010, the Iranian government announced its plans to develop up to 20 percent enriched uranium nuclear fuel and to expand its present program with ten additional uranium enrichment plants within the year ahead.[5] The decision followed Iran’s refusal to agree to a nuclear fuel swap which would have resulted in the exchange of Iran’s partially enriched uranium with fuel from abroad (Turkey and Brazil).[6] Tehran’s detour raised Russia’s concern over Iran’s suspected pursuit of nuclear weapons — allegations that have been further enhanced by the politicization of Iran’s verification obligations under International Atomic Energy Agency (IAEA) guidelines. A joint letter from Moscow, Washington and Paris voiced their concern over the Islamic Republic’s plans for uranium enrichment.[7] This was an early indication of Russia’s readiness to collaborate with the U.S. in sustaining the nuclear nonproliferation regime, resulting in UN Security Council Resolution 1929 (2010), as agreed by all the permanent members of the Council. The positive vote on the Resolution was in part a manifestation of Russia’s agreement with the U.S. conclusion regarding the presence of a potential ballistic missile threat from Iran. It also indicated the potential for more proactive engagement from Russia in joint missile defense efforts.

The ratification of the 2010 Treaty on the Reduction and Limitation of Strategic Arms (the New START) and possible endorsement of the Comprehensive Test Ban Treaty (CTBT) will be decisive factors to this end. Regardless of the initial cynicism expressed by the Kremlin vis-à-vis the expansion of U.S. missile defense assets, the ratification process of the New START has been initiated by the legislatures of both Russia and the U.S. Cold War negativism still exists amongst both Russia’s Duma and the U.S. Senate with regard to the reduction of strategic nuclear weapons. However, there is some expert consensus in both states that the gradual reduction of such weapons is  a long-term objective from a cost reduction perspective, necessary in order to be compliant with treaty obligations, and essential for sustaining security and cooperation.[8] As President Medvedev put it, Russia is committed to “‘simultaneous ratification, neither earlier, nor later” than the American side.[9] Discussions in the Russian legislature would be carried out in parallel with hearings in the U.S. Congress, in accordance with an agreement between the two parties on simultaneous ratification of the New START.

Eventual ratification of the Treaty would not only lead to reductions in the nuclear stockpiles of the two signatory states, but will also be a positive step forward and a source of pressure for greater international nuclear disarmament. Given that the U.S. has embraced missile defense as a driving element of its nuclear disarmament objectives, endorsement of the New START will facilitate the process of limiting offensive capabilities and enhancing the role of non-nuclear defense systems. It will also allow for further development and deployment of missile defense elements. Following the recent U.S. decision to reveal the number of its nuclear warheads, Russia has indicated the potential for a reciprocal disclosure of information upon entry into force of the New START.[10] This would significantly enhance transparency and cooperation between the two states, which would benefit collaboration on missile defense. Eventual ratification of the Treaty would also pave the way for more comprehensive discussions on the CTBT.

Regardless of the progress the Obama Administration has made in resetting relations with Russia, a number of negative developments could impede some of the objectives behind the new missile defense posture. As the democrats lack the sixty seats necessary in the Senate to approve the Treaty outright, President Obama might find it difficult to fulfill some of the obligations and promises made to America’s foreign allies and partners. The mid-term elections, the mood of American voters, and the growing polarization of lawmakers in Washington will continue to impact the legislative process. The revised missile defense policy might, therefore, fail to live up to its potential of facilitating Obama’s new transparent and particularly multilateral foreign policy objectives.

If the Congress fails once again to endorse the CTBT, relations between Russia and the U.S. will experience a new setback that will likely prolong Russia’s suspension under the CFE and allow for further belligerence in Georgia, South Ossetia and Abkhazia. The signing of a modified missile defense agreement between the U.S. and Poland in July 2010 was not welcome by the Russian leadership and may ultimately negatively affect CFE developments and the endorsement of the New START. Pursuant to the revised accord, Poland agreed to host U.S. land-based missile defense interceptors as part of the PAA developments scheduled for 2018.[11] In conjunction with a recent deployment of PATRIOT interceptor batteries in Poland, such developments have questioned U.S. intent and can prove damaging for the New START ratification process.