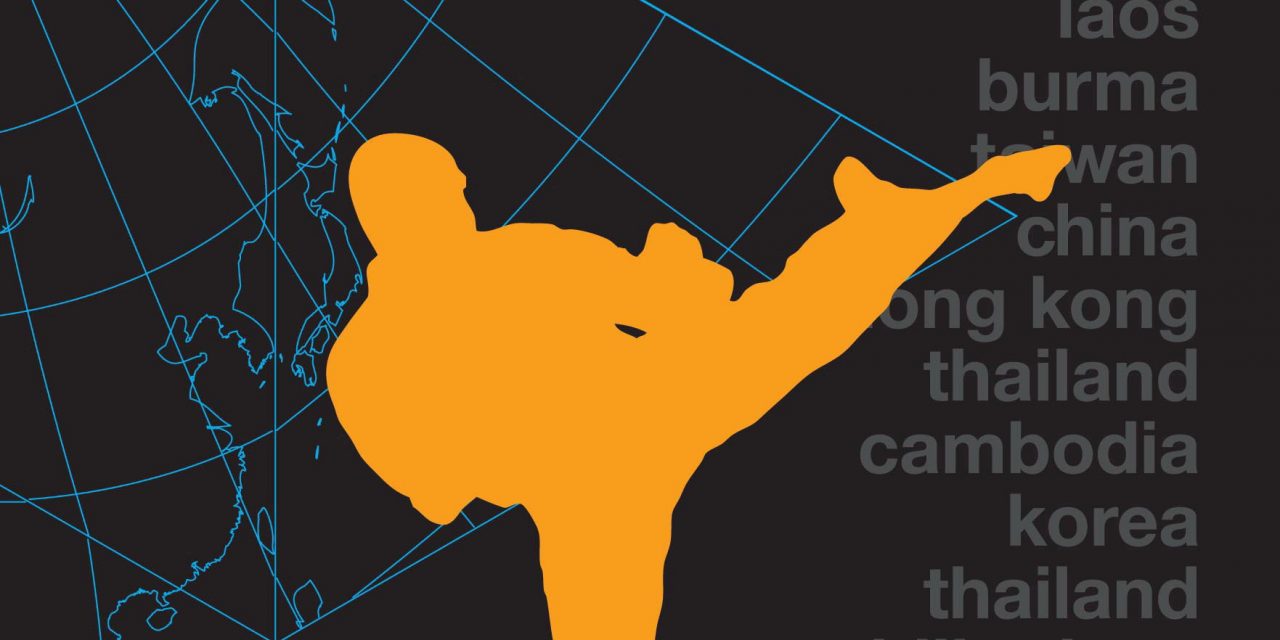 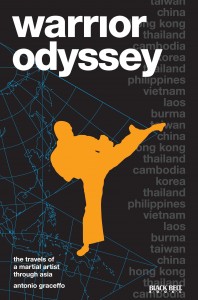 If you are going to set your sights on achieving a goal, approach the tasks with passion and ferocity. New York-born Antonio Graceffo’s sixth book, Warrior Odyssey, does just that, with a collection of journeys and experiences connecting martial arts and cultural practices to their native peoples and lands. It also pays tribute to every teacher that has led him from Wall Street to the farmlands of Cambodia, and a few other places in between.

After spending many years living and working in the place Frank Sinatra identified as ‘the city that never sleeps’, it took one defining moment, the 9/11 attacks in 2001, to decide that instead of chasing the dollar, it was time for a fresh start. As a man who lived and breathed everything associated with the lucrative financial industry on Wall Street, Antonio’s decision to leave behind his beloved New York and follow his heart to learn kung fu at the original Shaolin Temple in China must not have been easy. But it would lead to the discovery of a true passion that to this day has occupied his life.

Antonio’s retelling of crisscrossing ten countries in nine years while living a basic existence is what gives Warrior Odyssey such a unique perspective. He exposes little-known and once-feared-extinct martial arts to a global audience for two reasons: to improve his own repertoire and provide a rare insight into the lives of individuals deeply involved with the art. Whether he is talking about history or techniques identified with the movements, Antonio explains how a martial art is inseparable from a national or ethnic culture, much like a badge of honor soldiers wear with pride.

Warrior Odyssey contains a number of chapters, each one devoted to a country where he has studied either a combat (fighting) or exhibition (demonstration) art. Some chapters contain more material than others, depending on the amount of time that Antonio spent in the region. His earlier work draws on experiences in Taiwan and China where traces of a street-fighter is present. But as he spends more time abroad, Antonio is more comfortable for a greater focus to be placed on instructors and fellow students, the characters who add life to the book. When you talk about the connection of martial arts with religion and philosophy, you know you are getting into deep discussion on the significance of culture.

One of Warrior Odyssey’s greatest strengths is the style in which both storytelling and martial arts history and practical involvement are interwoven. Antonio’s boundless energy to train with numerous teams in parks, caves, gymnasiums and farmlands is not something that can be planned well in advance. But no matter where he goes, Antonio always manages to hook up with some wonderful teachers and martial art figures. Reading the work undertaken by Pra Kru Ba, the Thai muay thai monk, Cambodian Grandmaster San Kim Saen, and Grandmaster Frank Aycocho in the Philippines allows us to appreciate how it is possible to triumph in the face of adversity, for they are all wonderful ambassadors.  It is near the end of the book that contains arguably the most sobering moment, where Antonio covers the genocide in Burma and meets with displaced persons in the mountains along the Burma-Thailand border pushed to the limits, barely escaping with their own lives. The plight of the ethnic Shan is simply too big to ignore, and it is only fitting that Antonio redirects our attention to more serious matters of large-scale human rights abuses and introduces individuals who truly deserve our support.

For the majority of the book, the humor and wit that is normally associated with Antonio’s writing is absent. Anecdotes about being offered 5000/1 odds by Atlantic City bookmakers to escape a room full of Shaolin monks and the creation of Taiwanese foreign-sponsored fight clubs to overcome the absence of NASCAR and lax gun laws are amusing. But Antonio feels at home in portraying Warrior Odyssey as a serious anthropological study of martial arts and its link to identity, such as his coverage of the war in Burma and analysis of the long-running dispute between Thai and Khmer martial arts practitioners as to the origins of muay thai. Hopefully, this may never escalate into an official declaration of war between Bangkok and Phnom Penh, but the passion that both nations display for their variations of fighting arts is indicative of the pride each country’s people feel about their history and tradition, and the martial art that is an inseparable component of one’s culture.

As a writer, fighter, and documentary maker, Antonio Graceffo has shown that you can have a cavalier attitude in planning your life story and still be serious about appreciating the world around you through immersion, all the while making a positive contribution and achieving your goals. Warrior Odyssey is a wonderful book to read because it provides new insights into appreciating culture from an angle not ordinarily covered. The biggest lesson from Warrior Odyssey is to find your own path in life and pursue it with every breath you have. Establish a blueprint and as Antonio says at the end, ‘learn to live loud.’