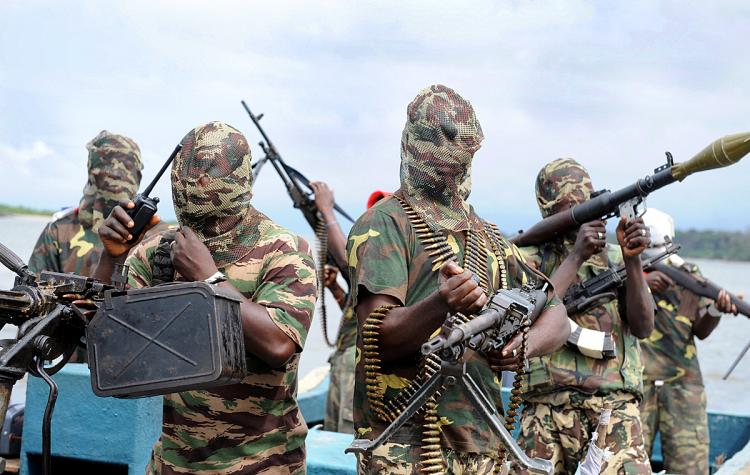 Members of the extremist Boko Haram at an unknown location.

Who: Members of an Islamic sect.

What: At least 50 unknown gunmen attacked a prison and managed to free 732 inmates locked in the facility, including 150 members belonging to Boko Haram, an outlawed extremist group. Four prison officers lost their lives during the raid. Local administration said 31 were re-arrested later.

Where: Members of the suspected militant group executed the prison break in central Nigerian city of Bauchi.

When: The attack happened just before sunset on Tuesday when prisoners were breaking their fast.

Why: Hundreds of people were arrested last year on charges of murder, arson and theft when riots broke out in and around the northern Nigerian city of Maiduguri. At least 800 people died in the deadly riots which were triggered by an extremist group calling itself ‘Boko Haram’ which means ‘western education is sinful’. The sect’s leader, Mohammed Yusuf, was among those killed in the riots, apparently in a staged police encounter. It operates in the Hausa-dominated northern Nigeria and wants to impose Shariah (Islamic law) across Africa’s most populous nation.

How: Several policemen and two traditional chiefs have been killed during the last few weeks in the region. Authorities blame Boko Haram for the unrest and are bracing for more violence. Militants armed with home-made guns, knives and machetes targetted government installations like police stations, prisons, and schools during the July 2009 uprising.