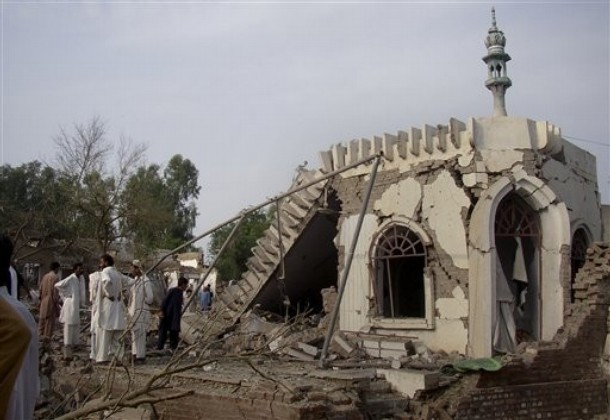 What: A suicide bomber has struck a police station, killing at least 19 people, including four school children and 11 policemen. Reports said 34 others were injured in the attack.

Where: The terror incident took place in Lakki Marwat, a restive town in the Khyber Pakhtunkhwah province, northwest of Pakistan.

When: The attack occurred on Monday, 6 September, in the afternoon when kids left the school for home.

How: Eye-witnesses said the bomber collided with a school van while on course the police station. The blast reduced the police station into rubble. Burned-out cars were flipped on their sides with injured people trapped in them.