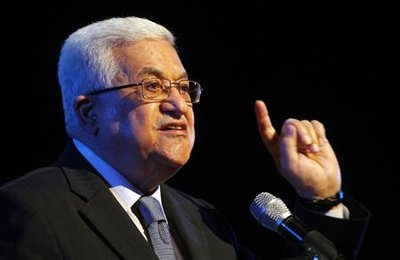 Each time Israel fails to keep its ‘side of the bargain’, the Palestinian Authority responds with the same redundant language. The cycle has become so utterly predictable that one wonders why the Palestinian Authority officials even bother protesting Israeli action. They must be well aware that their cries, genuine or otherwise, will only fall on deaf ears. They know that their complaints could not possibly contribute to a paradigm shift in Israel’s behavior, or the US position on it.

Let’s take a look at the context for the language of the Palestinian Authority’s complaints. In a speech made in early July, Palestinian President Mahmoud Abbas referred to any direct talks with Israel as ‘futile.’ Thousands of newspapers and news sites beamed this ‘headline’, highlighting the word ‘futile’ between inverted commas – as if it constituted some kind of earth-shattering revelation. But anyone following the Middle East, and the Israeli-Palestinian conflict in particular, already knows that such talks will be ‘futile’. More, Israel has hardly made secret its lack of desire for a peaceful and just settlement. 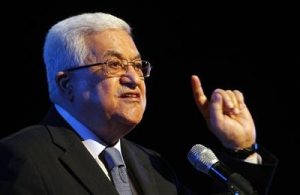 Mr. Abbas, however, has managed to insert his relevance as a ‘player’ in the conflict, using one cleverly coined word. This word has had as much of an impact in Arabic as it has in English.

Of course, none of this means that Abbas has actually adopted a serious shift in course. One need not dig up old archives to remember that the PA president felt the same way about the so-called ‘proximity talks’ with Israel last May. Before they began, he also expressed his opinion that the talks would be futile. He further insisted that no talks, direct or otherwise, would resume without a complete Israeli halt in settlement construction in occupied East Jerusalem. After this grand declaration, Abbas went along with the proximity talks charade, while Palestinian families continued to be uprooted from their homes in their historic city. Only one barrier was removed before embarking on the proximity talks: Abbas and his men quit complaining.

Nearly two months later, when it is evident to all that the proximity talks were indeed ‘futile’ – especially as Israeli Prime Minister Benjamin Netanyahu has triumphed over US President Barack Obama in his most recent visit to Washington – Mr. Abbas finds himself in desperate need for another line of defense. Thus, the new campaign attacking predictably ‘futile’ direct talks with Israel.

Mr. Abbas is not the only actor in this drama. Others have also been doing their job, as efficiently and as true to form as ever. Yasser Abed Rabbo, who has worn several hats in the past and is now one of Mr. Abbas’s aides, stated that the PA “will not enter new negotiations that could take more than 10 years.” This promise – that the Palestinian leadership will not be fooled into talks for the sake of talking and with no timeframe – is not the first of its kind to come from Abed Rabbo, and it’s unlikely to be the last. Abbas’ aide will most likely continue sharing the same tired insight over and over again, because it’s the scripted part that any ‘moderate’ – as in self-seeking – Palestinian official must reiterate to remain relevant. How else could they give the impression that the PA still serves the role of the bulwark against Israeli illegal territorial encroachment and military occupation?

Ahmed Qurei, former Palestinian Authority Foreign Minister and ex-Prime Minister, recently spoke at a Hebrew University Conference, entitled: “The Israeli-Palestinian Proximity Talks: Lessons from Past Negotiations.” The conference was organized by Hebrew University’s Harry S. Truman Institute for the Advancement of Peace. The place and occasion of this conference could not be more significant. First, much of the Hebrew University was built on ‘ethnically cleansed’ Palestinian land. Second, Qurei spoke at an Israeli University in an occupied city, at a time when activists and academics from all over the world, including several from Israel, are leading a cultural and academic boycott of Israeli universities to protest the terrible role these institutions have played in Israeli violence against Palestinians.

Worse, immediately before his speech, Qurei had met with former Israeli Foreign Minister and acting Prime Minister, Tzipi Livni. Livni had ordered and supervised the unprecedented killing and maiming of thousands of Palestinians in Gaza between December 2008 and January 2009. The level of inhumanity she displayed during those days was met with outrage around the world, including from many in Israel itself. But all the blood was brushed under the carpet, as “Livni (and) Abu Ala exchange(d) ‘niceties’”, according to the Jerusalem Post.

Just try to imagine the fury that all Palestinians – and especially those besieged in destroyed Gaza – must have felt as Qurei and Livni shook hands and smiled for cameras. As for Qurei’s academic and political contributions, the Post reported that, “at the conference, Qurei said Netanyahu had not really frozen West Bank settlement construction, and added that Israel’s actions were preventing direct talks.”

Considering the numerous compromises that Qurei afforded in his very attendance of the conference, and his handshaking with Livni, one fails to understand the point of such statements.

These empty declarations will have no bearing on the outcome of events, nor will they force Netanyahu and his right-wing government to think twice as they carry on demolishing homes and uprooting trees. But they are more important than ever for the PA, as voices are rising in Washington, in London and elsewhere, demanding that the US and its partners acknowledge, if not ‘engage’ Hamas. Such a prospect is bad news for the West Bank Palestinian leadership, which understands that its relevance to the ‘peace process’ hinges on the constant dismissal of Hamas. Therefore, the Palestinian Authority in Ramallah will continue to adhere to its methodology: don’t criticize Israel too harshly, so as not to lose favor; follow the US dictates, so as to maintain a ‘moderate’ status and many privileges; and always give an impression to Palestinians, Arabs and Muslims that the PA is the one and only defender of Jerusalem.

One wonders how much longer the Palestinian leadership can sustain this act, which is in fact the real exercise of futility.