Towards The Endgame In Af-Pak 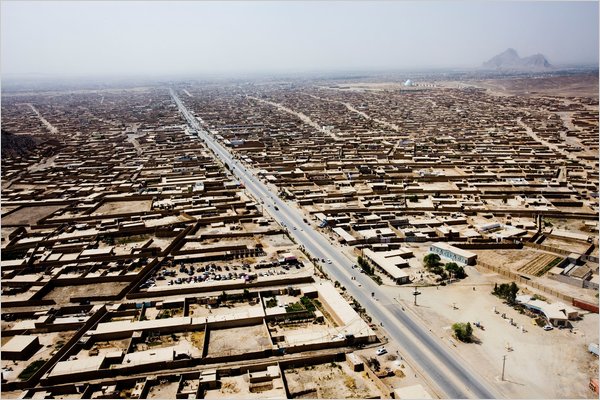 The first international conference to be held on Afghan soil, of nine so far on Afghanistan, ended this week. President Hamid Karzai promised to take over the security responsibility in 2014. That deadline, the second after the mid-2011 one, would mark the culmination of “Afghanization”. The conference ensured that funds were made available. The most important point was with regard to backing Karzai’s reaching out to reconcilable Taliban for reintegration.

The stage is thus set for the Kandahar offensive to herd the Taliban to the table. With its key areas under threat, it could yet stand to preserve its gains from the resurgence were it to respond positively. Pakistan has indicated it would help in this. The Afghanistan-Pakistan deal on trade is a harbinger of possible future contours. “Will the Taliban bite?” is the question. 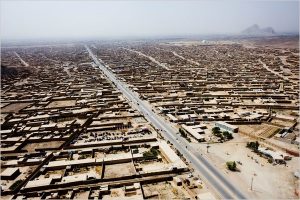 Pakistan is keen to get the instability over with. U.S. Secretary of State Hillary Clinton has expressed dark forebodings in case of a successful future Times Square-like attack. The alternatives available to the US have been made more starkly clear with RAND analyst, Robert Blackwill, outlining the advantages of having Pukhtoonistan, straddling the Af-Pak divide, acting as a black hole for terrorists in the region. In his words, “the sky over Pashtun Afghanistan would be dark with manned and unmanned coalition aircraft—targeting not only terrorists but the new Taliban government in all its dimensions.”

Blackwill, a former US ambassador to India, had, in the wake of the November, 26 2008 terrorist attacks in Mumbai, advised secret consultations between India and the US on tackling a Talibanized Pakistan. The doyen of India’s strategic community, K Subrahmanyam, has alighted on his current article to add to pressures on Pakistan, stating, “If the Pakistani army and Inter-Services Intelligence (ISI) continue to play games with the US as they think they can and get away with it, then the US will have to secure its national security interests at the cost of Pakistani unity and integrity. That is the message of Blackwill’s article.”

In so far as the talk of balkanization is a strategy of coercion on Pakistan to deliver the Taliban to the table, it makes sense. Pakistan, acknowledging it has links with the Haqqani faction, wishes to parlay talks with the group. This does not impress the US, with it contemplating adding the Haqqani group to its list of terrorist groups. Hillary Clinton has twice claimed that elements in Pakistan know whereabouts of Osama bin Laden. This indicates that the US wishes that the “big fish” be yielded up; in particular, Mullah Omar’s Quetta Shura.

The US strategy is to simultaneously pressurize and incentivize Pakistan. The demonstrated potency of Taliban allies, the Pakistani Taliban, in destabilizing Pakistan keeps the US from going the whole hog in pressurizing Pakistan. Among incentives are the half a billion dollars handed over for civilian use in the recent Clinton visit to Pakistan. Will this strategy succeed?

The Taliban would be at a disadvantage in losing Kandahar to the impending offensive under General David Petraeus. The Americans would very much like Pakistan to clean up North Waziristan in the same time frame, making for a double pincer. Pakistan is apparently gearing up for this, having conducted a military exercise, Ex Azm e Nau, to impress its tradition foe, India, and to convince itself that it would not be at a loss in case it is embroiled in the west and there is trouble in its rear. India, for its part, is continuing to talk to Pakistan to allay its fears. It can be said to be responsive in this to implied, if muted, US preferences that India play along with Pakistan. The next round of talks is scheduled for December; this despite the contretemps surrounding the meeting between the two foreign ministers mid month in Islamabad.

If the Marjah operation in Helmand is any precedent, the military operation is unlikely to set back the Taliban insurgency much. Typically with insurgents, the Taliban would withdraw to fight another day. Therefore, the insurgency is set to continue and so is the US military presence. During the sacking of General Stanley McChrystal episode, President Barack Obama indicated that the deadline of mid 2011 is not one etched in stone. Increasing Afghanization would help bring down casualties that dampen the ‘will’ in the home front. Much would depend on the outcome of the political approach through talks outsourced to Karzai.

This is the main “line of operations”; the military effort being supplementary as pressure. It is surprising that this prong of strategy is so weak. Karzai as the main interlocutor, an issue reinforced at the Kabul conference, makes for the strategy’s failure at inception. Karzai is weak and lacks credibility. Therefore, it is unlikely that Taliban would bite. In other words, the US predicament would not be eased. This would compel it to think of other less palatable, if not dubious, options, such as suggested by Blackwill. What then needs to be done to get the Taliban on board?

The Taliban have not lost the war yet. Instead, restiveness in the US establishment, seen from changing horses, midstream, would suggest to them that their situation is not untenable. The Canadian commander of the impending Kandahar operations and his boss McChrystal were sacked for differing reasons. The Centcom chief is new. All bets are on the winner of Iraq, Petraeus. With the military prong of strategy not having proven itself, waiting for yet another operation to allow it to prove its worth is to lose another year.

Talks therefore need to be taken more seriously, with the US reaching out directly to the Taliban. This means an American led approach. The hitch would be in the assumption that this amounts to legitimizing terror. It would place a non-state group on par with a superpower. However, since the US-sponsored regime change, nine years on it needs to bring an end to the war through negotiations. In case negotiations are not making headway otherwise, it needs lead the effort. It does not have a blank check to destabilize a region in pursuit of the already considerably degraded Al Qaeda. Obama owes the world to close a regrettable chapter in its history.