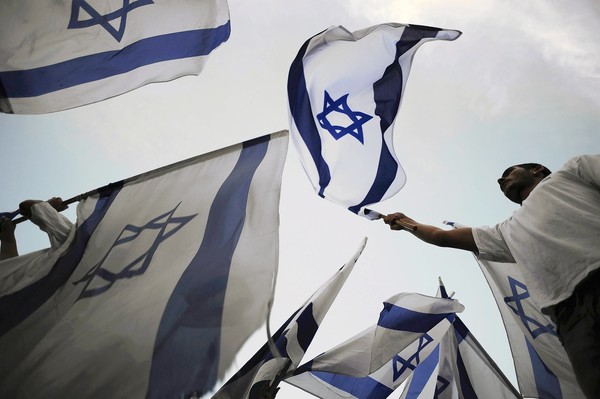 Increasingly, despite its early military and political successes, Israel cannot for long endure as a colonial project. It must choose between wars – and destruction – or transition to a state for all its peoples.

In order to firmly secure its existence – as firmly as that is possible for any state – a settler state has to overcome three challenges. It has to solve the native problem, break away from its mother country, and gain the recognition of neighboring states and peoples. It can be shown that Israel has not met any of these conditions.

Consider Israel’s native problem. In 1948, in the months before and after its creation, Israel appeared to have solved its native problem in one fell swoop. It had expelled 80 percent of the Palestinians from the territories it had conquered. In addition, with the rapid influx of Arab Jews, Palestinians were soon reduced to less than ten percent of Israel’s population. 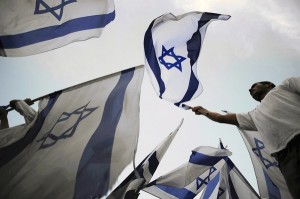 So, had Israel licked its native problem for good? Not really.

The Palestinians inside Israel pushed back with a high natural rate of growth in their numbers. As a result, despite the continuing influx of Jewish immigrants, the Palestinian share in Israel’s population has grown to above 20 percent. Increasingly, Jews in Israel see Israeli Arabs as a threat to their Jewish state. Some are advocating a fresh round of ethnic cleansing. Others are calling for a new partition to exclude areas with Arab majorities.

The Palestinians expelled from Israel in 1948 did not go away either. Most of them set up camp in areas around Israel – the West Bank, Gaza, southern Lebanon and Jordan. In 1967, when Israel conquered Gaza and the West Bank, it could expel a much smaller fraction of the Palestinians from these territories. In consequence, with more than a million additional Palestinians under its control, Israel had recreated its native problem.

Israel’s native problem has grown worse since 1967. Already, the Palestinians equal or outnumber Israeli Jews between the Sea and the Jordan River. In the years ahead, moreover, the Palestinian share will continue to rise.

Having run out of solutions – such as rising net immigration of Jews and ethnic cleansing – Israel has been implementing draconian measures to handle its native problem. With Egyptian collaboration, it maintains a medieval siege over Gaza; it neutralizes the Palestinians in the West Bank with the apartheid wall, expansion of settlements, settler-only roads, intimidation and humiliation of Palestinians, and military control over the Jordan Valley.

However, these remedies are creating new problems. They lend support to charges that Israel is an apartheid society, not a democracy. As a result, slowly but steadily, Western publics are throwing their support behind the campaign to divest from, boycott and impose sanctions on Israel.

Has Israel broken away from dependence on its mother country/countries?

In the absence of a natural mother country, Zionism worked with surrogates. Quite a few of them. Indeed, there is not a Western country – including Russia in its previous incarnation as Soviet Union – that has not served as a surrogate mother country to the Jewish colonial project.

The Jewish settlers in Palestine lost the support of Britain – their leading surrogate mother – in the early years of World War II, but retained it long enough to create their own state. Over the next few years Israel took on several new surrogates, not counting the Jewish diaspora: including the Soviet Union, France, Germany and the United States. Starting in the late 1950s, however, the United States became the leading mother country to Israel. This was the result of a powerful dynamic largely directed by Israel and the Jewish lobby in the United States.

Over the years, the United States has subsidized Israel, armed it, allowed it to acquire nuclear weapons, and gave it immunity from the sanction of international laws. Under the protection of the United States, Israel quickly gained hegemony over the Middle East: it became a law unto itself.

Still Israel is not an autonomous state.

It could not sustain its current military posture without the annual military grant of some three billion dollars from the United States and the tax-free donations from American Jews. More importantly, without the US veto at the United Nations, Israel could not continue its occupation of the West Bank and the Golan Heights, its siege of Gaza, its pre-emptive wars against its neighbors, and its policy of assassinations against Arabs. In short, without US-backed immunity, Israel would become a pariah state.

Arguably, this dependence does not place Israel at risk, since it is primarily an artifact of the Israel lobby in the United States. Over time, however, as the damage that Israel causes to US interests filters to the American electorate, unqualified US support for Israel may be in jeopardy.

Finally, there is the question of gaining the recognition of its neighbors.

Israeli gains on this front are more apparent than real. The Arab regimes that have recognized Israel, or are eager and ready to recognize it, have little legitimacy. Should these regimes collapse, their replacements are likely to resume their early confrontational posture towards Israel.

This is not mere speculation. Under the despotic Shah, Iran was friendly to Israel; but after the Islamic Revolution of 1979, Iran became an ideologically committed adversary of Israel. As the powers of the secular generals in Turkey have been clipped, Turkey too has been revising its friendly ties with Israel.

In recent years, Israel has been running into a new problem: the loss of legitimacy with growing segments of civil society in the Western countries.

Driven by the contradictions of an exclusionary settler-state, as Israel has ratcheted its violence against Palestinian and Lebanese civilians, as it has tightened its siege of Gaza, as it deepens its apartheid regime in the West bank, as it threatens to strip Arab-Israelis of their rights, it has slowly called forth a new form opposition to its policies.

Angry at the complicity of their governments in Israeli crimes, segments of civil society in Europe, Canada and the United States have been moving forward with calls for boycotts, divestment and sanctions against Israel. Increasingly, despite vigorous opposition from the Jewish establishment, this movement has been spreading among academics, students, trade unions, church groups, dissenting Jewish organizations, and human rights activists. Some of them have been organizing convoys, over land and sea, to break the blockade of Gaza.

As the failure of Israel’s colonial project looms larger, its nervous leaders will increasingly seek security in new and more dangerous wars. Increasingly, Israel will become an intolerable threat – if it isn’t already – to the Middle East, the world, and no less to Jews everywhere. Zionism was founded overwhelmingly by secular Jews, but, in order to succeed, it created a new religious myth of Jewish restoration, galvanized messianic tendencies among Western Christians, and created the myth that Israel alone shields the West from a resurgent Islam and Islamicate. It will not be easy putting these genies back in the bottle.

Perhaps, the best chance of unwinding the Zionist colonial project lies with the Jews themselves. Only when liberal segments of the Jewish diaspora are convinced that Zionism endangers Jewish lives, only when they act to countervail the power of the Jewish lobby in leading Western societies, will Israel finally be moved to dismantle its apartheid regime. In the end, the alternative to this orderly dismantling of Zionism is a destructive war in the Middle East that may not be limited to the region. Whatever else happens, it is unlikely that Israel or US interests in the Middle East will survive such a war.