The Last Bastion of American Morality Is Under Assault 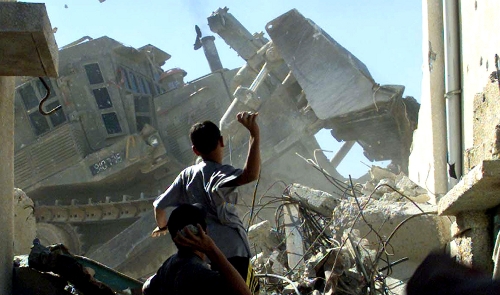 The morality of the American people now resides, insecurely, in the Presbyterian Church. Every other institution of American society–the evangelical churches, the bought-and-paid-for American media, both houses of Congress, the executive branch, both political parties, the corporations, the financial sector, the universities–all support Israel’s genocide against the Palestinians. Only the Presbyterians dissent.

The genocide is cloaked behind the propaganda that no Palestinians lived in Palestine until after the Israelis arrived, that all Palestinians are terrorists who want to murder innocent peace-loving Israelis, and that the terrorist Palestinians are armed by the few remaining Muslim governments that so far have escaped becoming American puppet states. 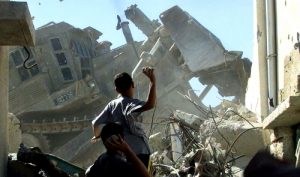 The solution, of course, is for the few remaining independent countries in the Middle East to be brought by force under US and Israeli hegemony.

The Presbyterian Church, as it is the only US organization that is not under the Israel Lobby’s suzerainty, is included among the independent institutions that must be brought to heel.

The Presbyterian Church, which alone in America has a moral conscience, has been disturbed for some time by the Israeli/American policy of Palestinian extermination. In violation of international law and under the protection of US diplomacy and America’s UN veto, Israel has evicted Palestinians from their homes and villages since the Israeli occupation of the West Bank in 1967 and even before. The remaining small parts of the West Bank in which Palestinians still reside have been turned by Israel into ghettos cut off from the rest of Palestine.

The Presbyterians, being meek Christians, have only mild criticisms of Israel which are packaged together in the church’s Middle East Study Committee’s report with the Presbyterians’ commitment to Israel’s continued existence and to “our American Jewish Friends.” The Presbyterian report even disavows divestment from Caterpillar, the US company that supplies Israel with the machines that destroy Palestinian homes, thus driving Palestinians from their lands so that Zionist settlers can confiscate their properties. It was a Caterpillar bulldozer that killed the American Rachel Corrie who was protesting Israel’s destruction of Palestinian homes.

The Presbyterian report expresses concern that “the window of opportunity for an end to the occupation and the viability of a two-state solution is rapidly closing.” The Presbyterians fear that violence begets violence, and that the two sides are sliding into wanton willful murder of one another in violation of God’s commandments.

The Presbyterian document states: “We do affirm the legitimacy of Israel as a state, but consider the continuing occupation of Palestine (West Bank, Gaza, and East Jerusalem) to be illegitimate, illegal under international law, and an enduring threat to peace in the region. Furthermore, we recognize that any support for that occupation weakens the moral standing of our nation internationally and our security.”

For Israel and the vast media and American political apparatus that Israel controls, this was too much. Israel is never guilty of anything. Only Palestinians are guilty. Anyone who criticizes Israel is anti-semitic and aligned with terrorists who want a second Holocaust.

The extreme Zionist Jerusalem Post, the moderate American Jewish newspaper, the Forward, and even a Mormon blog declared war on the Presbyterian Christians.

Israel, of course, denies that there is any illegal occupation of Palestine despite this being the finding of every country, the UN, and even Israel’s American protector, the US government. The Jerusalem Post accuses the Presbyterians of expressing “contempt for Israel” attempting “to delegitimize Israel” and justifying “Palestinian terror against the Jewish state.”

And there you have it. Any person or organization that is not all apologies for Israel’s dispossession of Palestinians from their homes, villages, and lands, any person or organization that does not accept that 5-year old Palestinian children shot down in the streets by Israeli soldiers or Zionist settlers were terrorists about to bring down the Israeli state, anyone who does not genuflect before the Israeli line on everything is an anti-Semite who wants to renew the Holocaust and exterminate the Jewish people.

The Rabbis in every American community will buttonhole the Presbyterian ministers and ask them to explain why they are anti-Semites and beat their wives. The Presbyterian General Assembly, which meets in July, will again be intimidated, as it was previously, and vote down the recommendations in the church’s report on the Israeli/Palestinian issue.

The weak forces of morality will again be defeated by the Israelis, and the extermination of the Palestinians will continue.