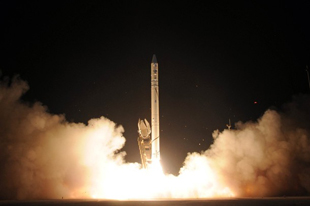 Who? Israel has launched a spy satellite.

What? The Zionist state has sent a surveillance satellite named Ofek 9 into orbit. Authorities in Tel Aviv described the launch as very successful and added that it has got high resolution camera along with other advanced technological capabilities.

Where? The Israeli-made rocket made its way from the Palmachim air base south of Tel Aviv, joining three other Israeli spy satellites in space.

When? The launch was made on Tuesday, 23 June.

Why? The satellite will primarily focus on Iranian military and nuclear activities. “Israel’s boosting of its intelligence capabilities is directed … to a large extent towards the threat posed by Iran, first and foremost the nuclear threat,” Finance Minister Yuval Steinitz told Israel Radio in an interview.

How? Israel has made use of spy satellites to target the activities of its enemies in the past. In 2007, Israeli warplanes allegedly struck a site in Syria thought to be a nuclear facility under construction. Israel has not commented on the incident. In 1981, the Zionist state destroyed Osirak nuclear plant in Iraq in an air attack.