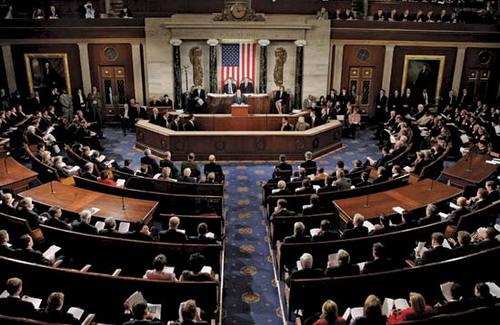 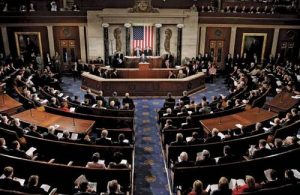 The bill claims that “vote counts in the June 12, 2009, election were inconsistent with Iranian demographics and political trends, including provinces in which more votes were allegedly cast than the number of registered voters and vote counts that indicated unusual pro-Ahmadinejad voting patterns by traditionally anti-Ahmadinejad constituencies”.

It also refers to what it calls “the Government of Iran’s unrealistic vote count and fraudulent announcement of election results”.

Additionally, the bill “condemns the Government of Iran’s continued pursuit of a nuclear weapons capability”.

The claim that the 2009 election results “were inconsistent with Iranian demographics and political trends” is based upon the claim that there was a “swing” to Ahmadinejad, but is contested by both past voting trends and numerous public opinion surveys conducted both before and after the election.

Just prior to the 2009 vote, a public opinion survey conducted by Terror Free Tomorrow, the New America Foundation, and KA Europe SPRL found that Ahmadinejad was the preferred candidate by a margin of more than 2 to 1.

In that survey, 34 percent of respondents said they would vote for Ahmadinejad, while just 14 percent said they planned on voting for the incumbent’s leading contender, Mir Hossein Mousavi.

Eight University of Tehran polls all found that Ahmadinejad was the frontrunner for the election.

The poll also found that “81 percent of Iranians consider Ahmadinejad to be Iran’s legitimate president”, with only 10 percent who disagreed.

A GlobeScan poll following the election similarly found that a majority had voted for Ahmadinejad, with 76 percent of respondents saying they believed the election was fair and only 16 percent who believed it was “not very fair or not at all fair”.

Two further polls conducted by the University of Tehran similarly found that a majority of Iranians voted for Ahmadinejad.

Walter Mebane, a political scientist, statistician, and expert on electoral fraud, conducted an analysis of the results and found that “there’s no solid evidence of fraud.”

A World Public Opinion analysis in February, 2010 found that there was “little evidence to support” the conclusion that the Ahmadinejad had won by fraud.

The argument that more votes being cast in some provinces than the number of registered voters has been a leading argument put forth by those claiming fraud.

The most often-cited source cited for this claim is a Chatham House and Institute of Iranian Studies report entitled “Preliminary Analysis of the Voting Figures in Iran’s 2009 Presidential Election”, which argued that a turnout of more than 100 percent in Mazandaran and Yazd provinces was evidence of fraud.

That report acknowledged the fact that Iranian voters may cast their ballots anywhere in the country, and not only in their home province, but argued that the number of people who would have done so was not significant.

However, that analysis, principally authored by avowed expert on Iran, Professor Ali Ansari, fails to point out that the election occurred on a Friday, which is the Islamic day of prayer, and also the weekend in Iran.

Iran’s Guardian Council, in response to the allegations of fraud, put out a report that noted that people “journey to nicer geographic areas with better weather at weekends”, that students vote in cities where they go to school rather than their home districts, that members of the military similarly vote in the places they are based, and that cities attract workers who commute from elsewhere.

That report also observed that a similar phenomenon had occurred in the previous, uncontested, election and was “quite normal and inevitable”.

“In many areas the number of voters was significantly higher than the number of eligible voters in the area”, the Guardian Council report stated.

In one case, in Shemiranat, the voter count was at 800 percent the number of eligible voters, far higher than any single case in the 2009 election.

The claim of “fraudulent announcement of election results” contained within the bill is presumably based upon the fact that the Iranian government announced the results early.

However, typically omitted from accounts arguing that this is evidence of fraud is the fact that this was prompted by the Mousavi campaign’s announcement even before the first vote counts were released that he was “definitely the winner” based on “all indications from all over Iran.”

The state news agency responded an hour later by reporting than Ahmadinejad had actually won.

Political analysts Flynt Leverett and Hillary Mann Leverett wrote in Foreign Policy earlier this month that the reason “so many got it wrong” on the Iranian election was because of “willfully bad journalism and analysis, motivated in at least some cases by writers’ personal political agendas.”

“From literally the morning after the election,” they observed, “the vast majority of Western journalists and U.S.-based Iran ‘experts’ rushed to judgment that the outcome had to have been the result of fraud.”

But, they added, “there has never been a shred of hard evidence offered to back up the assertion of electoral fraud.”

They also pointed out that “Mousavi failed to produce evidence substantiating his public claims”.

The claim in the draft bill that Iran continues to pursue “a nuclear weapons capability” is also not supported by the available evidence.

In 2007, a U.S. National Intelligence Estimate (NIE) concluded that Iran did not have an active nuclear weapons program in parallel to its civilian one.

In September 2009, Newsweek reported that the intelligence community was still standing by that assessment.

The 2007 NIE had claimed that Iran had had a weapons program until 2003, but the International Atomic Energy Agency (IAEA) issued a statement in September 2009 saying, “the IAEA reiterates that it has no concrete proof that there is or has been a nuclear weapon programme in Iran” (emphasis added).

The IAEA, which is actively monitoring Iran’s nuclear program, has consistently reported that there has been no diversion of nuclear material to any military aspect of the program.

The former Director General of the IAEA, Mohammed ElBaradei, had repeatedly pointed out that there was no evidence Iran had a weapons program

His successor, Yukiya Amano, also said just prior to taking over the office, “I don’t see any evidence in IAEA official documents about this”, in response to a question about whether Iran was seeking to develop nuclear weapons.

Since that time, the U.S. has continued to fail to offer any proof of its claims, such as contained in this new draft bill, that Iran is seeking the nuclear bomb.