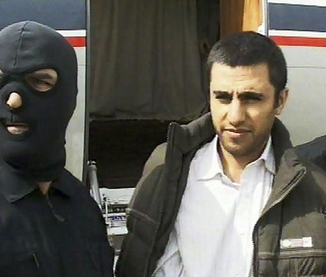 What? Abdul Malik Rigi, founder and leader of Jundullah (God’s army), was executed for waging war against the Islamic Republic of Iran, a statement issued by the authorities in Tehran said. Rigi’s charges also included armed robbery, kidnapping, drug trafficking and the formation and leading of the terrorist Jundullah group.

When? The Baloch rights leader was hanged on early Sunday morning.

Why? Iranian authorities blame Jundullah, a group fighting for Baloch minority rights, of destabilizing the country. Abdul Malik Rigi founded the militant organisation in 2003 to improve the economic and social conditions of Baloch living in Sistan-Balochistan province of Iran and win more rights from Tehran. Baloch are a Sunni Muslim group in Shia Muslim dominated Iran and are the most under-developed ethnic group in the country.

How? The 26-year old insurgent organised deadly attacks on the Iranian government including an assassination attempt on President Mahmoud Ahmadinejad in 2005 during his trip to Sistan-Balochistan region. Other attacks include bombings that killed hundreds of soldiers as well as innocent civilians in southeastern Iran. The executed leader was captured by Pakistan and extradited to Iran in 2010.