Middle East is Changing, and Ankara Knows It 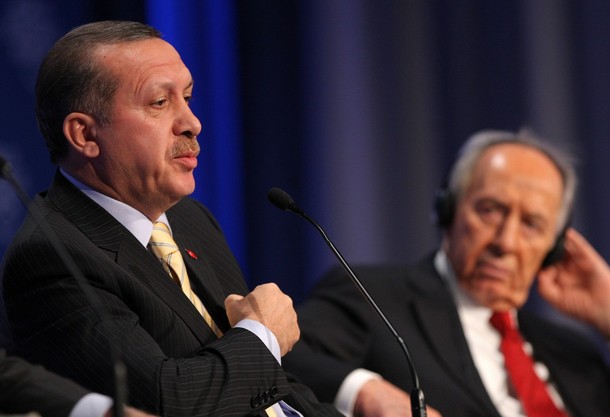 “Even despots, gangsters and pirates have specific sensitiveness, (and) follow some specific morals.”

The claim was made by Turkish Prime Minister Recep Tayyip Erdogan in a recent speech, following the deadly commando raid on the humanitarian aid flotilla to Gaza on May 31. According to Erdogan, Israel doesn’t adhere to the code of conduct embraced even by the vilest of criminals.

The statement alone indicates the momentous political shift that is currently underway in the Middle East. While the shift isn’t entirely new, one dares to claim it might now be a lasting one. To borrow from Erdogan’s own assessment of the political fallout that followed Israel’s raid, the damage is “irreparable.” 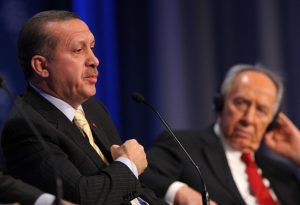 Countless analyses have emerged in the wake of the long-planned and calculated Israeli attack on the Turkish ship, Mavi Marmara, which claimed the lives of nine, mostly Turkish peace activists.

In this week’s Zaman, a Turkish publication, Bulent Kenes wrote: “As a result of the Davos (where the Turkish prime minister stormed out of a televised discussion with Israeli President Shimon Peres, after accusing him and Israel of murder), the myth that Israel is untouchable was destroyed by Erdogan, and because of that Israel nurses a hatred for Turkey.”

In fact, the Davos incident is significant not because it demonstrates that Israel can be criticized, but rather because it was Turkey — and not any other easily dismissible party — that dared to voice such criticism.

Writing in the Financial Times under the title, “Erdogan turns to face East in a delicate balancing act,” David Gardner places Turkey’s political turn within a European context. He sums up that thought in a quote uttered by no other than Robert Gates, U.S. defense secretary: “If there is anything to the notion that Turkey is moving Eastward, it is in no small part because it was pushed, and pushed by some in Europe refusing to give Turkey the kind of organic link to the West that Turkey sought.” But what many analysts missed was the larger political and historical context, not only as pertaining to Israel and Turkey, but to the whole region and all its players, including the US itself. Only this context can help us understand the logic behind Israel’s seemingly erratic behavior.

In 1996, Israeli leaders appeared very confident. A group of neoconservative American politicians had laid out a road map for Israel to ensure complete dominance over the Middle East. In the document entitled, “A Clean Break: A New Strategy for Securing the Realm,” Turkey was mentioned four times. Each reference envisaged the country as a tool to “contain, destabilize, and roll back some of … (the) most dangerous threats” to Israel. That very “vision” in fact served as the backbone of the larger strategy used by the US, as it carried out its heedless military adventures in the Middle East.

Frustrated by the American failure to reshape the region and unquestioningly eliminate anything and everything that Israel might perceive as a threat, Tel Aviv took matters into its own hands. However, in 2006 and between 2008 and 2009, it was up for major surprises. Superior firepower doesn’t guarantee military victory. More, while Israel had once more demonstrated its capacity to inflict untold damage on people and infrastructure, the Israeli weapon was no longer strategically effective. In other words, Israel’s military advantage could no longer translate into political gains, and this was a game-changer.

There are many issues the Israeli leadership has had to wrangle with in recent years. The U.S., Israel’s most faithful benefactor, is now in a crisis management mode in Iraq and Afghanistan, struggling on all fronts, whether political, military or economic. That recoil has further emboldened Israel’s enemies, who are no longer intimidated by the American bogyman. Israel’s desperate attempt at using its own military to achieve its grand objectives has also failed, and miserably so.

With options growing even more limited, Israel now understands that Gaza is its last card; ending the siege or ceasing the killings could be understood as another indication of political weakness, a risk that Israel is not ready to take.

Turkey, on the other hand, was fighting — and mostly winning — its own battles. Democracy in Turkey has never been as healthy and meaningful as it is today. Turkey has also eased its chase of the proverbial dangling carrot, of EU membership, especially considering the arrogant attitude of some EU members who perceive Turkey as too large and too Muslim to be trusted. Turkey needed new platforms, new options and a more diverse strategy.

But that is where many analysts went wrong. Turkey’s popular government has not entered the Middle Eastern political foray to pick fights. On the contrary, the Turkish government has for years been trying to get involved as a peacemaker, a mediator between various parties. So, yes, Turkey’s political shift was largely strategic, but it was not ill-intentioned.

The uninvited Turkish involvement, however, is highly irritating to Israel. Turkey’s approach to its new role grew agitating to Israel when the role wasn’t confined to being that of the host — in indirect talks between Syria and Israel, for example. Instead, Turkey began to take increasingly solid and determined political stances. Thus the Davos episode.

By participating at such a high capacity in the Gaza Freedom Flotilla, with firm intentions of breaking the siege, Turkey was escalating its involvement well beyond Israel’s comfort zone. Therefore, Israel needed a decisive response that would send a message to Turkey — and any daring other — about crossing the line of what is and is not acceptable. It’s ironic how the neoconservatives’ “A Clean Break” envisaged an Israeli violation of the political and geographic boundaries of its neighbors, with the help of Turkey. Yet, 14 years later, it was Turkey, with representatives from 32 other countries, which came with a peaceful armada to breach what Israel perceived as its own political domain.

The Israeli response, as bloody as it was, can only be understood within this larger context. Erdogan’s statements and the popular support his government enjoys show that Turkey has decided to take on the Israeli challenge. The US government was exposed as ineffectual and hostage to the failing Israeli agenda in the region, thanks to the lobby. Ironically it is now the neoconservatives who are leading the charge against Turkey, the very country they had hoped would become Israel’s willing ally in its apocalyptic vision.